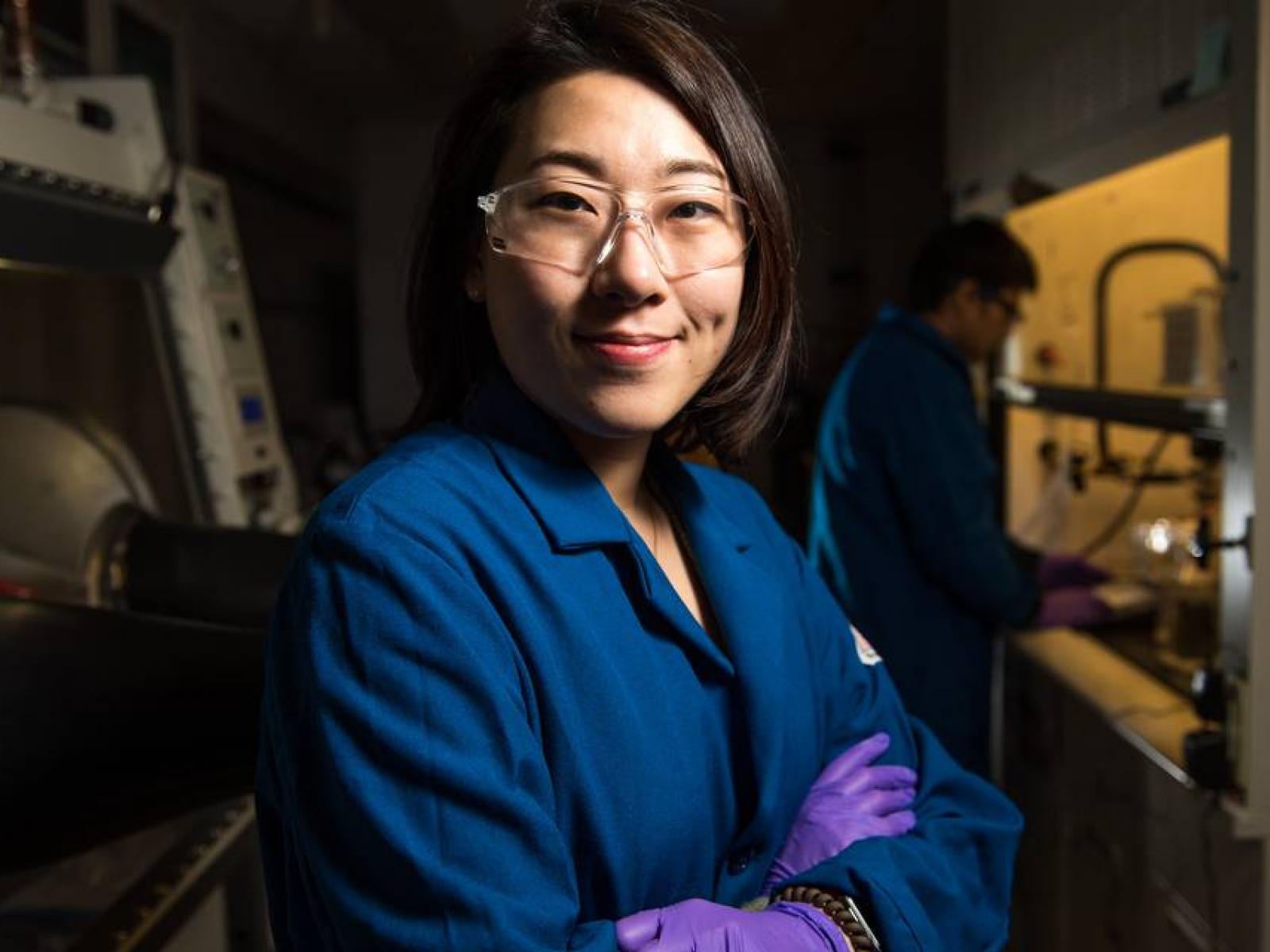 PNNL’s Katherine Koh, who explores and develops the chemistry for hydrogen fuel cell technologies, may one day benefit from the power of quantum computing and its ability to solve complex problems so quickly that it would make even today’s fastest supercomputers seem impossibly slow.

Scientists at the Department of Energy’s Pacific Northwest National Laboratory are working to realize an entirely new kind of computing that could revolutionize research in areas ranging from clean energy to secure communications.

This new approach to computing is part of a growing revolution in quantum information science, or QIS, that could open the door to solving problems that are beyond the reach of any classical supercomputer.

Quantum computers take a radically different approach to processing information that overcomes some limitations of the classical computers we have been using for eight decades.

In a classical computer, information is represented by a series of bits — think of them as switches — that are either zero (off) or one (on) at any instance.

In a quantum computer, information is represented by qubits, complex switches that can be zero and one at the same time.

This means a series of qubits represents an exponentially large number of possible states that can be manipulated all at once.

With the ability to compute many possible states simultaneously, quantum computers could deliver the computing power needed to fundamentally alter almost every aspect of science and engineering.

It is, but some of the world’s best physicists, mathematicians and computer scientists are working hard to make such a computer a reality.

Given the size of the prize, it is no wonder that PNNL and many others are focused on creating the novel hardware, software and applications that could completely transform how we solve problems that are impossible to solve today.

At PNNL, our material scientists and physicists are addressing the need for significantly improved, atomically precise materials for QIS.

They are using our ultra-trace measurement capabilities to understand and mitigate environmental influences on qubit performance.

This research is fundamental to building the quantum devices that will eventually be used in constructing a quantum computer.

At the same time, PNNL mathematicians and computer scientists are thinking about the kind of algorithms that would best run on a quantum computer, as well as how to program such an exotic machine.

They also are working with colleagues to identify the types of problems that best lend themselves to quantum computing.

One area of interest is quantum chemistry, a rich field well-known for its computational complexity and widespread application.

For example, the ability to accurately simulate how molecules interact is important to designing catalysts for energy production and storage.

As the number of molecules increases, the computational complexity grows exponentially in a way that is well-suited to the power of a quantum computer.

To solve these types of problems, PNNL and Microsoft teamed to develop a chemical simulation library for the Microsoft Quantum Development Kit — a collection of tools for the programmers developing algorithms and code for quantum applications.

Researchers can use this new library in NWChem — PNNL’s open-source, high-performance computational chemistry software — to solve chemistry problems faster and with greater precision than ever before.

To bring government, academia and industry together to deliver the wondrous opportunities of QIS, we joined with the University of Washington and Microsoft Quantum to create the Northwest Quantum Nexus.

At this group’s inaugural summit in Seattle last month, people from across the region came together to explore how we might leverage our collective strengths to create a regional powerhouse in QIS research and development, and to develop its future workforce.

I am proud that PNNL is not only helping enable this powerful new kind of computing, but also will put its power to use.

I look forward to seeing how it dramatically changes the way we do research and the promising new solutions it will make possible.