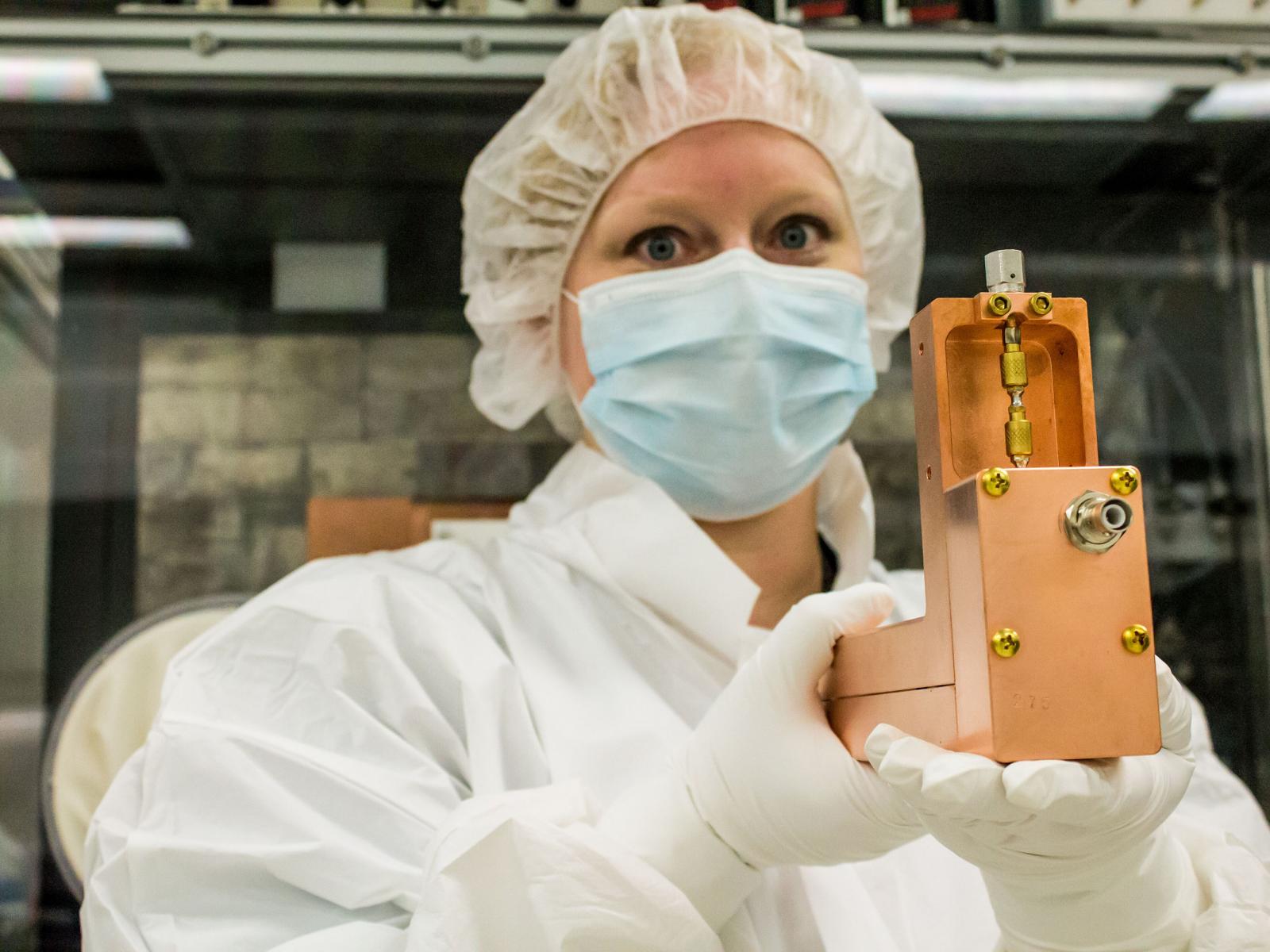 PNNL physicist Emily Mace specializes in interpreting radioactive signals such as those emitted during underground nuclear weapons tests. She and her colleagues analyze samples of interest in PNNL's Shallow Underground Laboratory using copper detectors along with the facility's ultra-sensitive equipment.

Many young researchers find problems they thought might take only a few months to solve become career-long quests for knowledge. But only a few find themselves leading international efforts to keep the world safer by making it difficult for nations to conduct clandestine nuclear tests.

Several of those once-young researchers are now world-renowned scientists at the U.S. Department of Energy's Pacific Northwest National Laboratory (PNNL).

They collaborate with colleagues from around the world to push the limits of our ability to detect trace amounts of radioactive materials and determine whether they are indicative of a nuclear explosion.

This global network includes detection stations that collect air samples from 40 locations and analyzes them for extremely small quantities of radioactive xenon, known as radioxenon.

Some samples of high interest are even shipped to PNNL for further analysis using ultra-sensitive equipment in our underground laboratory.

Xenon represents only the tiniest fraction of the gases collected in any air sample. PNNL technologies are so sensitive they can detect the presence of a few thousand atoms of xenon in a sample collected from a distant source.

One researcher says this is like detecting the carbon dioxide released when someone pops a champagne cork several states away.

Beyond isolating the radioxenon, the PNNL technologies also reveal information about its origin, whether naturally occurring, made for industrial uses or from a nuclear explosion.

Researchers have identified "signatures" of nuclear explosions by measuring two different types of radiation decay at the same time to gain precise measurements that quantify four different forms of radioxenon in the sample.

PNNL scientists worked with Teledyne Brown Engineering to develop and commercialize an even smaller, more sensitive version of the detectors used today.

Their automated system, Xenon International, takes bigger samples, so it can detect even lower levels of radioxenon, in about half the time. This technology's potential to revolutionize radioxenon collection and detection in the field was recognized with an R&D 100 Award, marking it as one of 2019's top 100 innovations.

Researchers are also honing their ability to distinguish between indicators of nuclear explosions and the emissions from industrial uses of nuclear materials, such as producing medical isotopes or generating electricity.

As leaders in this field, PNNL researchers organized an international workshop focused on the signatures of man-made isotope production that was planned in Stockholm this summer but happened virtually due to COVID-19.

One recorded presentation features a PNNL researcher's update on the STAX project. STAX, which stands for Source Term Analysis of Xenon, is a technology that sits in an emissions stack and takes measurements at the point where the radioxenon is being produced.

These measurements allow scientists to calculate and account for the background signals at detection stations, preventing them from being misinterpreted when monitoring for nuclear explosions.

Units have been deployed in Australia and Belgium, and more are in production. The near real-time data they collect go to a central repository so researchers can determine how best to incorporate the information into detection processes.

Our scientists are exploring how those reactors could potentially interfere with the detection of nuclear explosive tests at monitoring stations.

PNNL researchers—including some whose pioneering work in this area began decades ago—will continue to apply science and technology in partnership with other national laboratories and the international community to help address this global security challenge.