These Tiny Tubes Can Bring Water to Millions. And That's Just Scratching the Surface 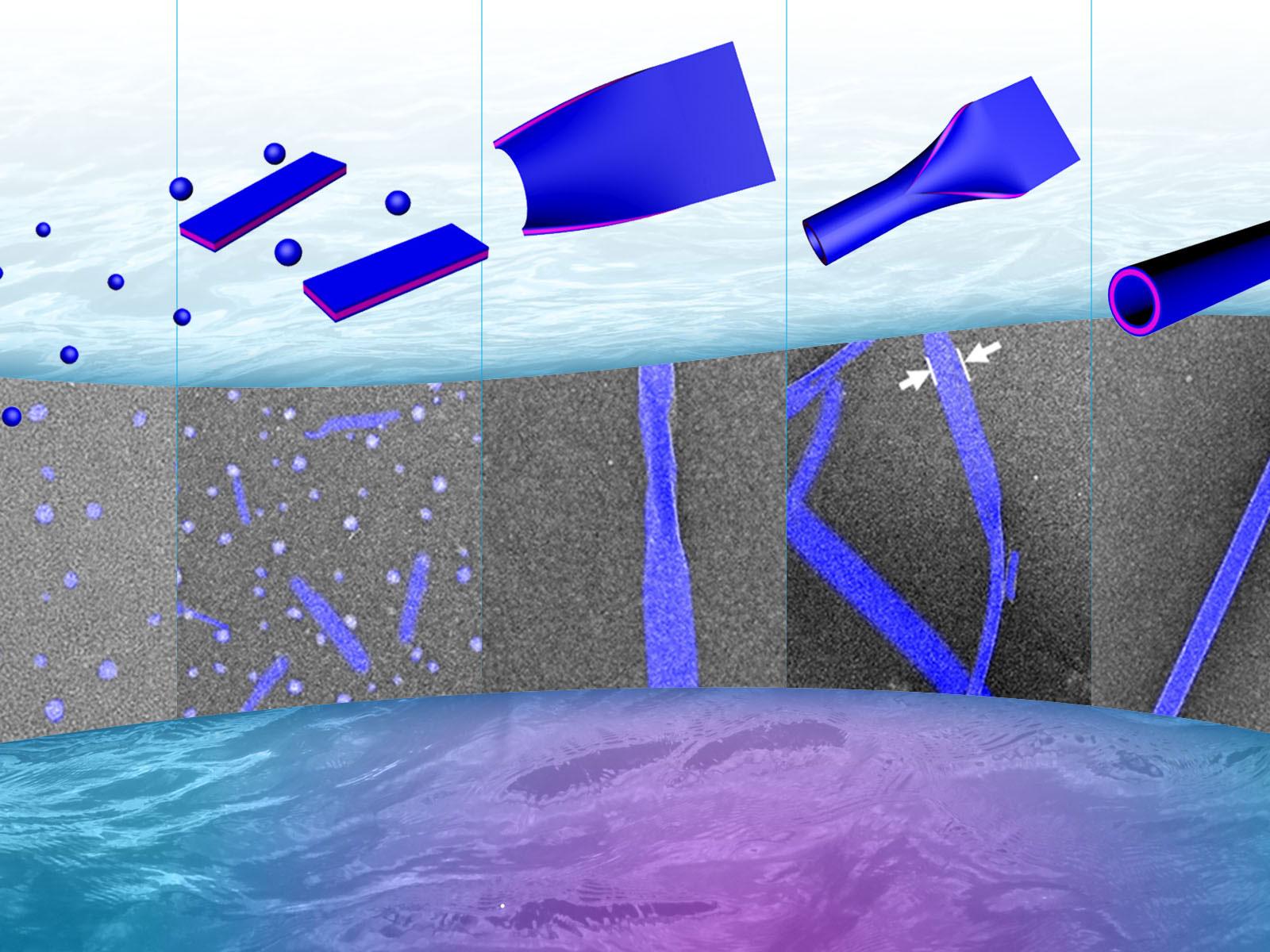 Scientists at PNNL have created a new family of nanotubes built from stable, protein-like molecules that naturally form into sheets that then roll, seamlessly, into rigid, hollow tubes. They also demonstrated that that they could control the diameter, thickness and stiffness of the tubes — each thousands of times smaller than a human hair — to tailor them to specific uses.

Imagine a hollow tube thousands of times smaller than a human hair. Now envision filthy water flowing through an array of such tubes, each designed to capture contaminants on the inside, with clean water emerging at the other end.

This novel water purification system could provide potable water to millions of people at a fraction of the cost of today's filtration systems. As incredible as it sounds, researchers at the Department of Energy's Pacific Northwest National Laboratory are working hard to advance the science behind this vision.

To do this, our researchers turned to nature for inspiration. They discovered a way to design and build synthetic nanotubes that mimic biological microtubules, which are protein structures found inside cells that help keep DNA organized during cell division. Amazingly, they figured out how to assemble sheets — similar to a cell membrane — that fold end over end and then zip closed to form a nanotube.

The resulting man-made nanotube has several distinct advantages over its protein-based analogue. For example, it is less susceptive to changes in temperature or bio-degradation, say, from bacteria or other microbes. This is achieved by building the tiny tubes out of peptoids, which are stable, protein-like molecules that naturally form into sheets that then roll, seamlessly, into rigid, hollow tubes.

The PNNL research team used some of DOE's world-leading instrumentation to study their nanotubes and hone their designs. In particular, they made use of unique imaging capabilities at Lawrence Berkeley National Laboratory to gain a better understanding of the tubes' properties and characteristics. For example, they learned that by adjusting the tube's composition or the acidity of the solution in which it is grown, they can control the diameter, thickness and stiffness of the tubes — making it possible to tailor them to specific uses.

They also demonstrated that they could precisely place groups of molecules that serve particular functions onto the surface of the tubes. In their study, the researchers tested seven different chemistries — that is, seven different combinations of ingredients in their peptoid soups. In each case, the single-walled nanotubes formed without resistance, but with different properties.

For example, by placing specific compounds made of sugar molecules onto the surface of the nanotubes, researchers demonstrated how the engineered nanotubes could be used to absorb and remove azo dyes from water. Azo dyes are widely used in the textile industry and are a major toxic pollutant in water.

In another study, our researchers decorated peptoid nanotubes with colors and molecules that bind to cells, resulting in tiny tubes that potentially could be used to help diagnose cancer. In this application, the engineered nanotubes would selectively stick to cancer cells, revealing their presence in cell imaging techniques used by medical professionals.

Scientists could also design the tubes to influence how cells grow on their surfaces, including how those cells adhere or absorb materials. With these qualities, the tubes could provide a robust platform for developing biomimetic materials. For instance, they could be used to study stem cells and how they adapt to their environment to better understand, predict and perhaps even influence the process by which they become one or more different kinds of specialized cells. Eventually this knowledge may make it possible to selectively "program" certain stem cells to develop into bone — a potentially significant advancement for bone regeneration treatments.

These nanotubes are just one of many exciting scientific discoveries taking place at PNNL every day. In some cases, like this one, we learn from nature and adapt those lessons to serve our purposes. In doing so, we reveal a little more about the world around us and use that knowledge to improve the lives of our fellow citizens.