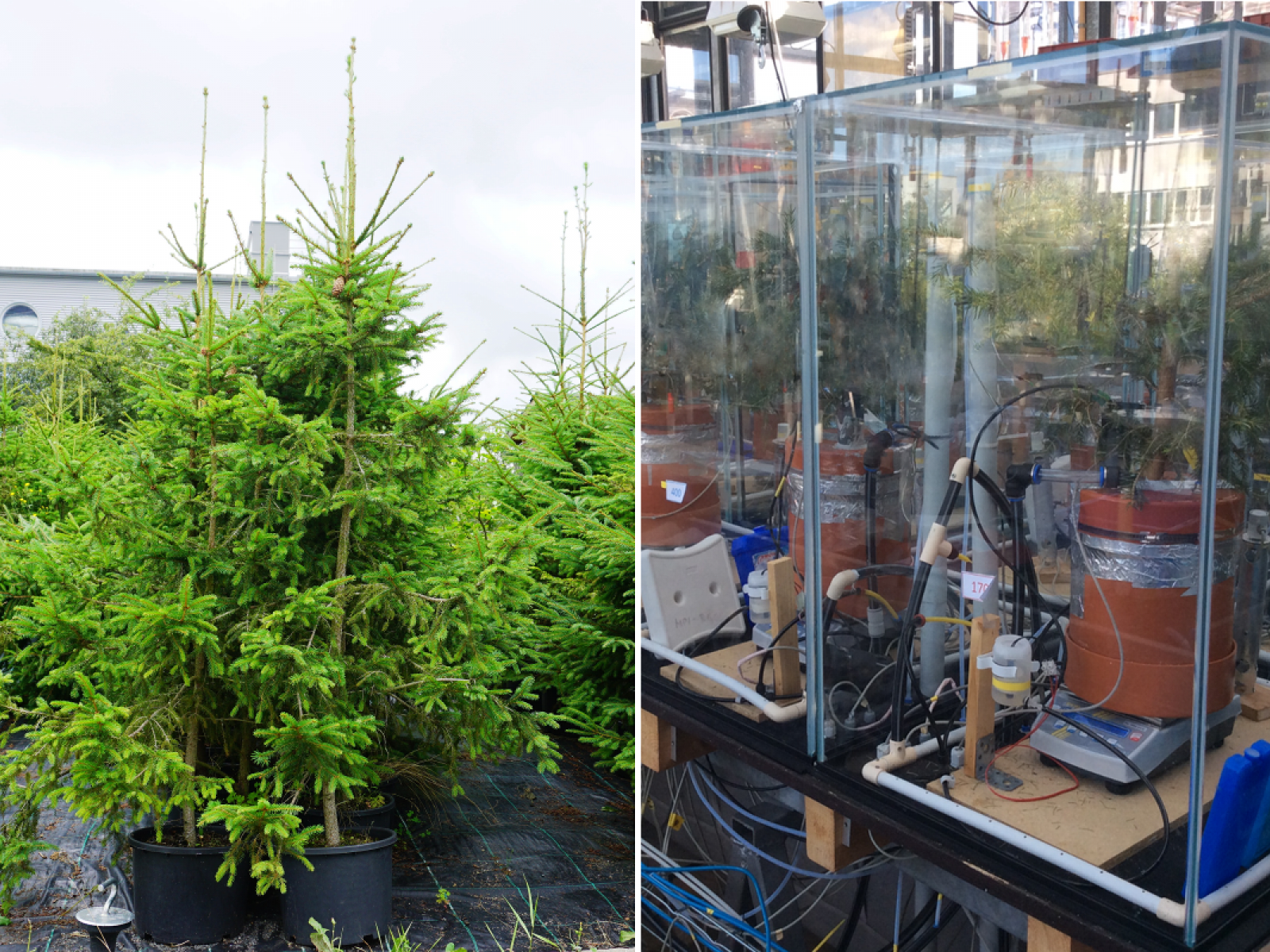 Spruce trees, shown left, were sealed inside containers with low levels of CO2, shown right. The experimental setup simulates climate extremes, where water is scarce and CO2 uptake is low, so researchers may better understand how forests will fare in a warmer world.

(Photo provided by the Max Planck Institute for Biogeochemistry)

When faced with climate extremes, some trees still stockpile energy reserves, even if that means self-digestion, according to a new study conducted by researchers at the Max Planck Institute for Biogeochemistry in Jena, Germany, and the U.S. Department of Energy‘s Pacific Northwest National Laboratory. The findings, published today in the journal Proceedings of the National Academy of Sciences, paint an increasingly accurate picture of how forests may fare within a changing climate.

In an experiment designed to explore tree energy storage in extreme conditions, researchers grew young spruce trees in sealed containers where carbon dioxide concentrations were kept low. Plants pull CO2 from the surrounding atmosphere, using it to both fuel everyday functions and build tissue. In drought conditions, when CO2 uptake is low and water is limited, it’s expected that trees would produce fewer energy reserves.

Instead of shutting down the important process of energy storage, however, the deprived trees stopped growing, then began producing more enzymes linked with readily accessible energy storage compounds. Despite difficult conditions, they ramped up energy reserves.

"It seems that plants prefer to sacrifice expendable structures and apparently even digest themselves, rather than to give up on storage formation,” said Henrik Hartmann, a coauthor of the study and group leader at the institute. PNNL Earth scientist Nate McDowell, an expert on the role of climate-related stress on forests, contributed to the research study.

For more information, see the news release provided by the Max Planck Institute for Biogeochemistry.