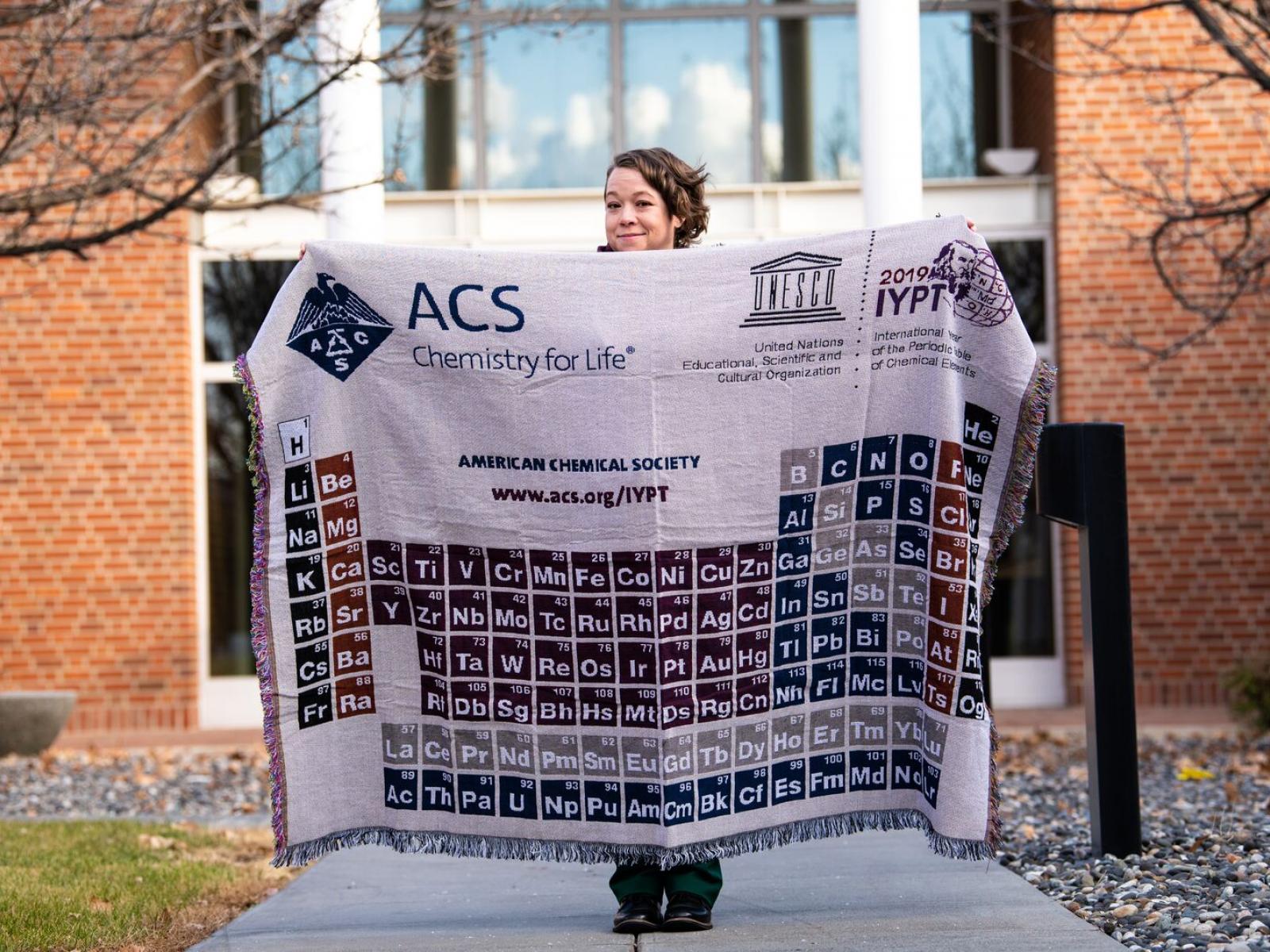 To honor the 150th birthday of the periodic table of the elements, early-career scientists from six U.S. Department of Energy (DOE) national laboratories gave brief talks about their favorite element, and its benefit for society, at The International Year of the Periodic Table Elemental Slam hosted on November 19 in Washington DC.

Teresa Palazzo, a PNNL postdoctoral researcher at EMSL, won over the crowd with her spirited salute to titanium, taking home the top prize.

Through a five-minute slam-style talk, Palazzo took the audience on a romp through titanium’s illustrious history. With its discovery in 1971, she highlighted the critical ways titanium has improved modern society—biomedical implants, engine components, ship hulls, spacecraft, aviation equipment, and even architecture.

Next, Palazzo discussed titanium’s relevance to fundamental biological and environmental research at EMSL, a DOE Office of Science user facility. “In my lab, we study everything from the chemical break-down of trees – a very large thing – all the way to antibiotic-resistant E. coli – a very tiny thing – and everything in between,” she told the audience of approximately 200.

The competition was attended by congressional staffers, researchers, and other interested parties. The American Chemical Society (ACS), University of California, DOE, and Battelle hosted the event.

Decibel readings of the cheering audience were used to determine the winner. When the first round of cheers resulted in a tie between Palazzo and another scientist, the audience was asked to cheer again. The tiebreaker resulted in a win for Palazzo and PNNL.

“I had a great time, met a lot of people, and think it was a great way to communicate the important science that we do here,” Palazzo wrote after she returned to EMSL. “I had the opportunity to explain why titanium is my favorite element and got a sweet ACS periodic table blanket and some bragging rights.”