A Sidewalk that Repairs Itself? PNNL Cracks the Code for Self-Healing Cement 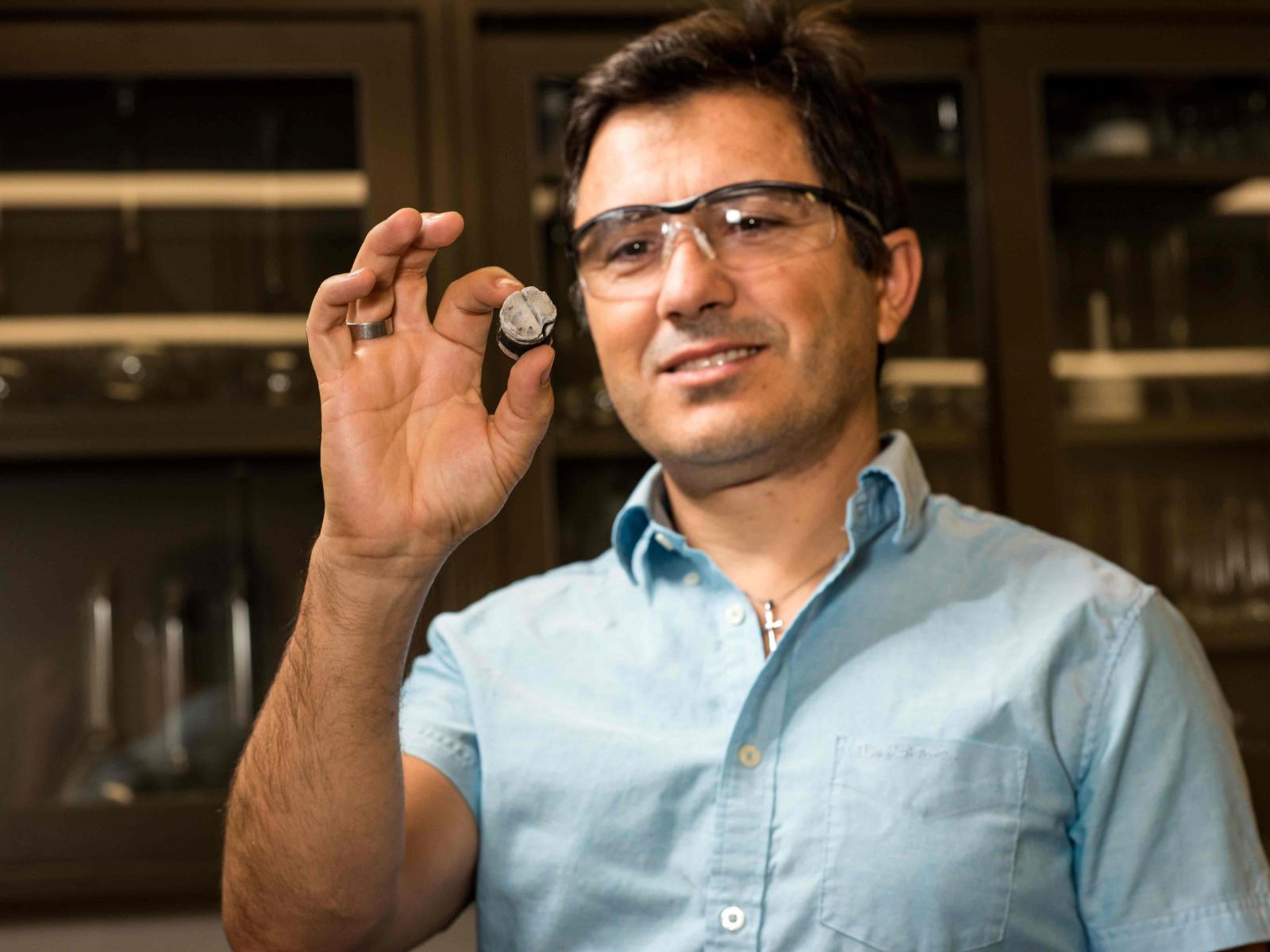 Pacific Northwest National Laboratory project manager Carlos Fernandez and his colleagues are studying how adding a small amount of polymers to cement results in self-healing and re-adhering properties that make it possible to extend the cement's lifetime and reduce risk of failure.

Imagine a nascent crack in the sidewalk that heals itself rather than growing into an eyesore or a tripping hazard.

This may sound like science fiction, but it could be a future benefit of research underway at the Department of Energy's Pacific Northwest National Laboratory.

PNNL researchers are developing a self-healing cement for use in harsh environments where cement can fail over time due to exposure to chemical and physical stresses. When cement in power plants, geothermal wells, oil and gas applications, or hydroelectric dams fails, it can lead to expensive excavation, repair and replacement costs, along with lost production time and revenue, and potential environmental concerns.

With funding from DOE's Geothermal Technology Office, PNNL scientists have been using their chemistry and materials science know-how to create self-healing cements by adding polymers to traditional cement mixes. The resulting cement has re-adhering properties that extend its lifetime and reduce the risk of failure.

Self-healing cement is a great example of how scientific research at PNNL and the national laboratories across the United States can make the seemingly impossible, possible.

Polymers are chain-like molecules that are typically used to hold substances together. They are naturally found in the human body and in plants, for example, and synthetic versions are used in plastics and resins.

The PNNL team discovered that by adding a small amount of polymers to a typical cement before it is poured and cured, the cement can repair itself within 24 hours of a crack forming. The team believes that this time can be reduced to hours as formulas and processes are improved.

Early results are promising. For example, in a laboratory test of one of their custom-made polymer- modified cements, scientists showed that they could reduce the permeability of fractures in cement casings by more than 80 percent compared to cement typically used in geothermal wells.

Researchers also are studying the cement's potential to re-adhere to the underground steel pipes used to pump oil and gas to the rock surrounding the pipes, helping them remain bonded and protecting even further against potential cracks and leaks.

To better understand how their composites worked at the molecular level, scientists used a first-of-a- kind computer simulation that is so detailed, they could study the interface of the cement and polymer as a slurry and when cured. The model yielded insights into the underlying processes that helped them adjust the formula to improve durability.

As helpful as these simulations were, the scientists wanted to actually see what was happening at the molecular level. They employed some of the unique imaging capabilities of the Environmental Molecular Sciences Laboratory, also known as EMSL, a DOE Office of Science User Facility on PNNL's campus.

With incredible precision, they isolated specific polymer-cement interactions and discovered they are reversible and dynamic. This helped to explain the self-healing process, where polymers near a crack will de-bond from the cement, flow to the crack and fill it by bonding to its surface.

Scientists know that still more work is needed. Their cement must be cost-effective, long-lasting and consistent with the installation and operating environments in which it will be used. For example, it would need to be pumped at roughly the same temperatures and for the same duration as regular cement. They also are working to improve their polymer-modified cements' flexibility, bonding strength and ability to withstand pressure in thermally and chemically harsh environments.

Self-healing cement is a great example of how scientific research at PNNL and the national laboratories across the United States can make the seemingly impossible, possible. It also illustrates how a solution developed for one purpose may one day pave the way for a much broader application, such as better sidewalks and roadways.

A New Era of Accelerator Science