Shining a Light Source on Batteries 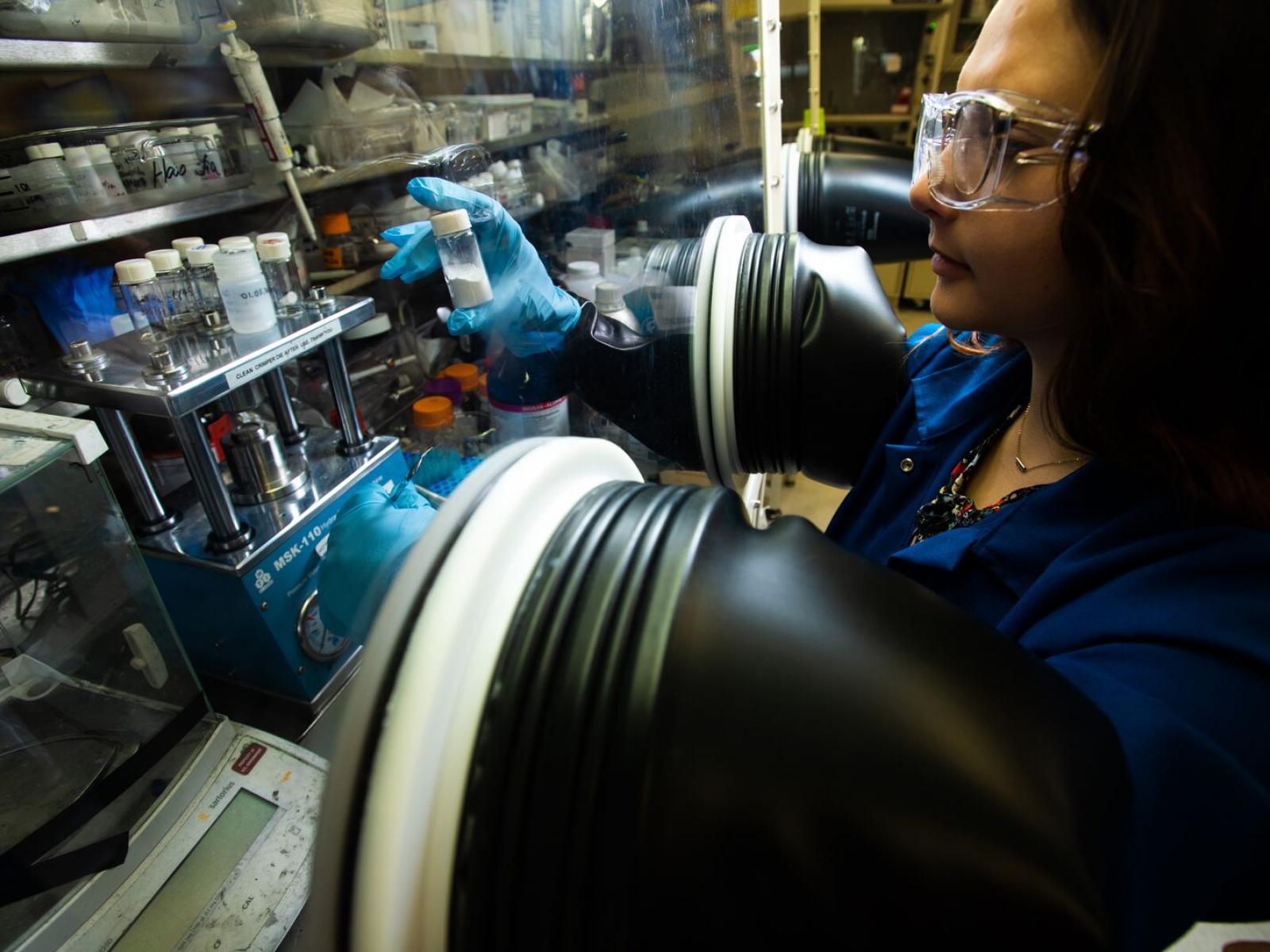 Research under the Battery500 Consortium, which was led by Brookhaven National Laboratory in collaboration with PNNL, helped to solve a puzzle around lithium-metal battery anodes.

A team of scientists performing research under the U.S. Department of Energy’s (DOE’s) Battery500 Consortium has gleaned details about the passivation films that form on lithium metal anodes—the so-called interphase—a key component that dictates the lifespan of rechargeable lithium-metal batteries, which have the potential to double the driving range of electric vehicles.

The team’s study results, which helped to solve a long-time scientific debate, were published in Nature Nanotechnology. The research was led by Brookhaven National Laboratory with critical sample preparation and collaboration from the Pacific Northwest National Laboratory (PNNL), which also leads the consortium.

Battery researchers have long understood the potential for developing lithium-metal batteries that are lighter and less expensive than their lithium-ion counterparts. However, they’ve wrestled with the lack of “reversibility”—or the ability to be recharged through a reversible electrochemical reaction.

The answer lies in the interphase, a solid but very thin interfacial layer that forms on the battery’s electrodes during the electrochemical reaction. The interphase is extremely sensitive to air and moisture, making it challenging to study.

Using a multi-pronged approach of a light source, beamline, and analysis techniques at Brookhaven, the team was able to “see” the existence of the structure of lithium hydride—or LiH—in the interphase. For many years, the research community has debated whether LiH or lithium fluoride (LiF), which is similarly structured, forms in the interphase.

To further attempt to resolve this long-debated topic, the team performed a first-ever air exposure experiment. The experiment confirmed evidence of LiH due to its intolerance to air, unlike its counterpart LiF, which is more air tolerant.

With the presence of LiH fully revealed and quantified, the battery community now has the knowledge needed to better inform material design towards reversible lithium-metal anodes, such as modifying the components of interphase layers covering the lithium metal anodes.

According to Brookhaven’s Xiao-Qing Yang, a co-author of the paper, “The sample preparation done at PNNL was critical to this work. We also suspect that many people could not identify LiH because their samples had been exposed to moisture prior to experimentation. If you don’t collect the sample, seal it, and transport it correctly, you miss out.”

The study was supported by the DOE Office of Energy Efficiency and Renewable Energy’s Vehicle Technologies Office and the Office of Science.