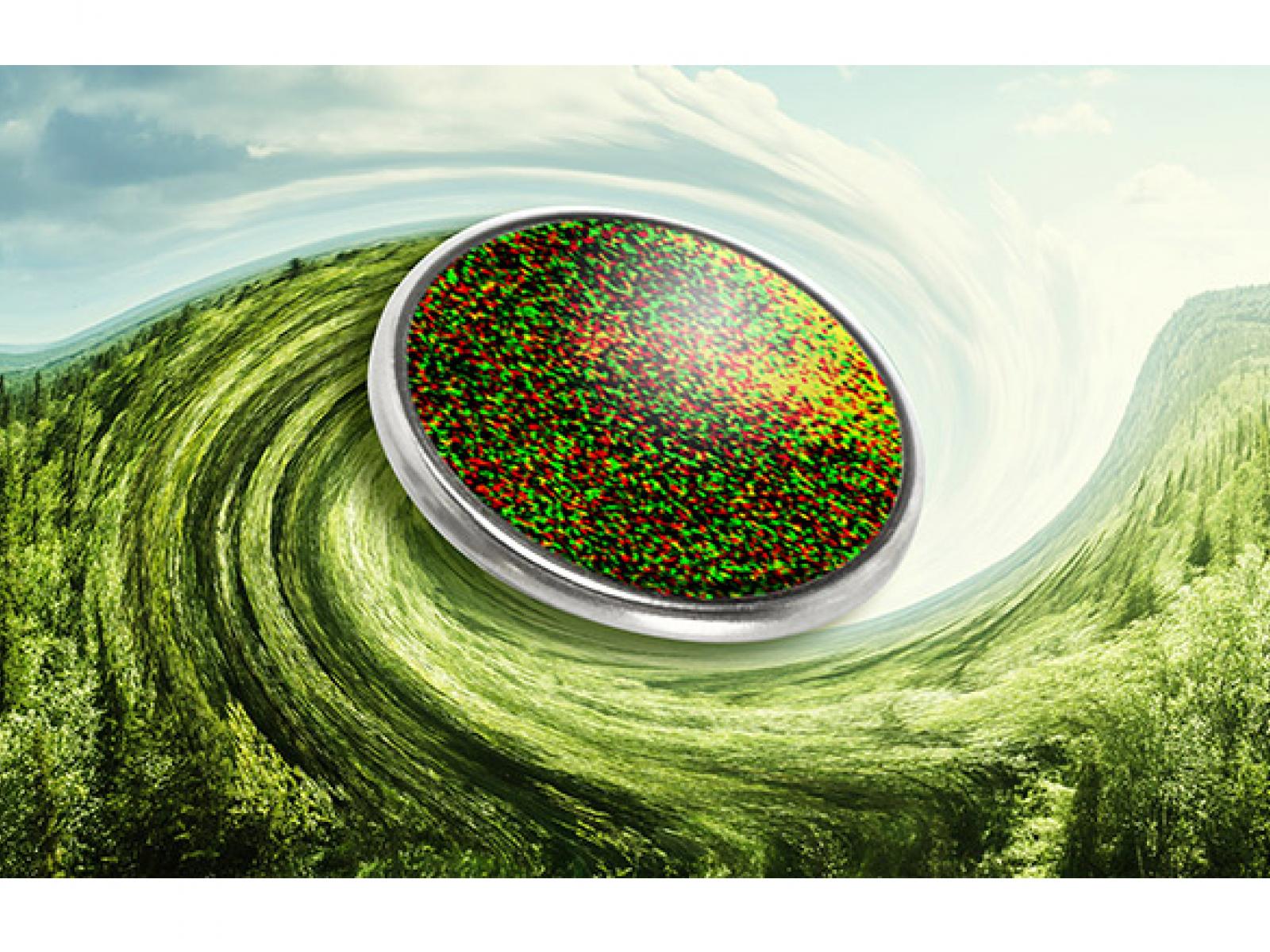 The Forest, the Trees and Parasitic Reactions in Batteries. Researchers built a new stage and created a designer electrolyte to obtain both detailed and broad overviews of a troubling layer that causes promising lithium-sulfur batteries to fail.

Everyone's heard the phrase about seeing both the details and the big picture, and that struggle comes into sharp relief for those studying how to create batteries that last longer and cost less. It's difficult to see the details of atomic and topographical changes that lead to battery failure. For DOE's Joint Center for Energy Storage Research (JCESR), Vijay Murugesan and his colleagues at Pacific Northwest National Laboratory and Texas A&M University found a way. The result? They saw reactions that led to a layer that smothers the electrode in energy-dense-but short-lived-lithium-sulfur batteries.

This research is thanks, in part, to a new device that let the team track the progression of sulfur in a vacuum inside a powerful scientific instrument and to the ability to model the reaction using advanced software and computing resources. "We can now realistically probe the reactions happening and view how the products actually spread," said Murugesan, researcher at PNNL.

Why It Matters: Better batteries affect everything from how you get to work to how long you can work on your laptop computer before finding an outlet. The results from this fundamental study benefit energy storage in two ways. First, to do the work, the team created a new "stage." This device let scientists determine the atomic composition and electronic and chemical state of the atoms on the electrode while the battery was running. Scientists can use this device to obtain a detailed view of other batteries.

"Doing this measurement is challenging," said Vaithiyalingam Shutthanandan, a PNNL scientist who worked on the research. "This is the first time we could access these levels of quantity and quality data while batteries were charging and discharging."

The second benefit of this study is the potential to solve the fading issue in lithium-sulfur batteries. "Sulfur is significantly cheaper than current cathode materials in lithium-ion batteries," said Murugesan. "So the total cost of a lithium-sulfur battery will be low. Simultaneously, the energy density will be a huge advantage-approximately five times more than lithium-ion batteries."

Methods: The team achieved the results thanks to a combination of scientific innovation and serendipity. The innovation came in building the unique stage for the X-ray photoelectron spectroscopy (XPS) instrument. The researchers needed to track the sulfur in the battery, but sulfur volatilizes in a vacuum. All samples in an XPS are studied under vacuum. Combining the newly designed stage and ionic liquids as electrolyte media let the team operate the battery inside the XPS and monitor the growth of sulfur-based compounds to see the parasitic reactions.

"We designed a completely new capability for the XPS system," said Ashleigh Schwarz, who performed many of the XPS scans on the battery and helped determine the electrolyte to use on the stage.

The electrolyte's composition is crucial, as it must survive the vacuum used by XPS. Schwarz and her colleagues tested different compositions to see how well the electrolyte performed in the XPS. The team's choice contained 20 percent of the traditional solvent (DOL/DME) combined with an ionic solvent.

Using the XPS in analysis or spectroscopy mode, the team obtained the atomic information, including the atoms present and the chemical bonds between them. Switching over to an imaging or microscopic mode, the researchers acquired topological views of the solid-electrolyte interphase (SEI) layer forming. This view let them see where the elements were on the surface and more. The combination of views let them obtain critical information over a wide range of spatial resolutions, spanning from angstroms to micrometers as the battery drained and charged.

The XPS resides in EMSL, the Environmental Molecular Sciences Laboratory, a DOE Office of Science user facility at PNNL.

In addition, the team benefited from a serendipitous meeting at a national scientific conference. Murugesan was talking with Perla Balbuena, Texas A&M University, about her research into lithium-sulfur batteries. The pair quickly realized that her work on ab initio molecular dynamics modeling would benefit the experiments. Balbuena and her colleague Luis Camacho-Forero worked with the experimentalists to interpret the results and test new ideas about how the SEI layer forms. Knowing how the layer forms could lead to options that stop its formation altogether and greatly extend the battery life cycle.

What's Next? As part of JCESR, the team is continuing to answer tough questions necessary to create the next generation of energy storage technologies.

Sponsors: The in situ X-ray photoelectron spectroscopy cell designs were funded by the Chemical Imaging Initiative as part of the Laboratory Directed Research and Development effort at Pacific Northwest National Laboratory. The lithium-sulfur battery materials and measurements were funded through the Joint Center for Energy Storage Research (JCESR) sponsored by the U.S. Department of Energy, Office of Science, Basic Energy Sciences. LECF and PBB acknowledge financial support from the Assistant Secretary for Energy Efficiency and Renewable Energy, Office of Vehicle Technologies of the U.S. Department of Energy under the Advanced Battery Materials Research Program.

Facilities: The in situ X-ray photoelectron spectroscopy characterization was done in the Environmental Molecular Sciences Laboratory (EMSL), a DOE Office of Science user facility sponsored by the Office of Biological and Environmental Research and located at PNNL. Supercomputer resources from Texas A&M University's High-Performance Computer Center and the Texas Advanced Computing Center were also used.