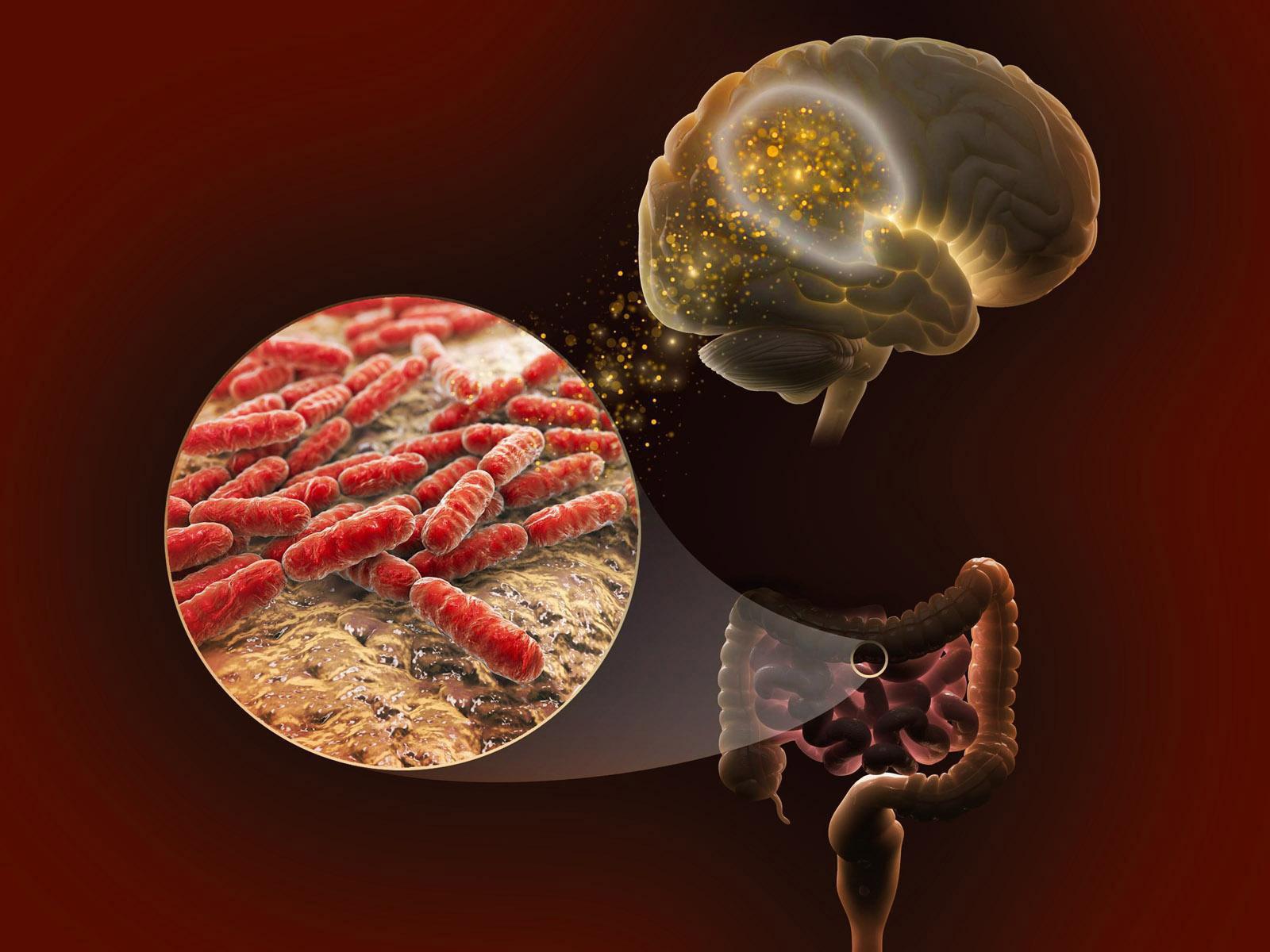 A new study is among the first to trace the molecular connections between genetics, the gut microbiome and memory in a mouse model bred to resemble the diversity of the human population.

While tantalizing links between the gut microbiome and brain have previously been found, a team of researchers from two U.S. Department of Energy national laboratories found new evidence of tangible connections between the gut and the brain. The team identified lactate, a molecule produced by all species of one gut microbe, as a key memory-boosting molecular messenger. The work was published April 17 in the journal BMC Microbiome.

“Our study shows that the microbiome might partner with genetics to affect memory,” said Janet Jansson, a microbial ecologist at Pacific Northwest National Laboratory and a corresponding author of the study.

Scientists know that mice which have been fed microbes that benefit health, called probiotics, experience several positive benefits. Scientists also know that microbes produce molecules that travel through the blood and act as chemical messengers that influence other parts of the body, including the brain. However, it wasn’t clear which specific microorganisms and microbial molecular messengers might influence memory until now.

“The challenge is that a mouse’s unique genetic makeup and environmental conditions also impact its memory and microbiome,” said Antoine Snijders, a bioscientist at Lawrence Berkeley National Laboratory (Berkeley Lab) and co-corresponding author. “To know if a microbial molecule influenced memory, we needed to understand the interaction between genetics and the microbiome.”

The microbiome’s impact on memory is a very active research area now, he added, with more than 100 papers published in the last five years on links between common probiotics and memory.

Before they could start hunting for molecules that might be involved with memory improvement, Jansson, Snijders and their colleagues needed to determine how genetics influence memory.

The researchers started with a collection of mice called the Collaborative Cross. They bred 29 different strains of mice to mimic the genetic and physical diversity of a human population. It includes mice of different sizes, coat colors and disposition (e.g., timid or bold). Researchers also know the genome sequences of each strain.

First, the team gave each strain of mice a memory test. Then they screened each strain for genetic variations and correlated these variations to the memory results. They found two sets of genes associated with memory. One was a set of new candidate genes for influencing cognition, while the other set of genes was already known.

Next, the researchers analyzed the gut microbiome of each strain so they could make microbial connections to the genetics and memory links they already had. They identified four families of microbes that were associated with improved memory. The most common of those was a species of Lactobacillus, L. reuteri.

“While a link between Lactobacillus and memory was previously reported, we also found it independently in this unbiased genetic screen,” Snijders said. “These results suggest that genetic variation in large part controls memory, as well as the differences in the composition of the gut microbiome across strains.”

Finally, the researchers wanted to identify which microbe-related molecules might be involved with memory enhancement. They analyzed stool, blood and brain tissue from germ-free mice each fed a specific species of Lactobacillus. Lactate was one of the common metabolic molecular byproducts; it is also a molecule that all Lactobacillus strains produce.

The team fed lactate to mice previously identified to have poor memory and noticed that their memory improved. Mice fed lactate or Lactobacillus microbes also had increased levels of gamma-aminobutyric acid (GABA), a molecular messenger linked to memory formation in their brains.

To see if the same molecular mechanism might apply in humans too, the researchers contacted Paul Wilmes, at the University of Luxembourg, who developed a tiny chip that mimics where microbes interact with human intestinal tissue. When Wilmes and his colleagues tested L. reuteri in this chip, they saw that lactate produced by the microbes traveled through the human gut tissue, indicating that it could enter the bloodstream and potentially travel to the brain.

“While this research strengthens the idea that diet, genetics, and behaviors—like memory—are connected, further work is needed to show if Lactobacillus can improve memory in humans,” Jansson said.

Snijders agreed, adding that it might be possible one day to use probiotics to improve memory in targeted populations, such as people with learning disabilities and neurodegenerative disorders.

This work was funded by the Office of Naval Research, Berkeley Lab’s Laboratory-Directed Research and Development (LDRD) program, and PNNL’s LDRD program.

Founded in 1931 on the belief that the biggest scientific challenges are best addressed by teams, Lawrence Berkeley National Laboratory and its scientists have been recognized with 13 Nobel Prizes. Today, Berkeley Lab researchers develop sustainable energy and environmental solutions, create useful new materials, advance the frontiers of computing, and probe the mysteries of life, matter, and the universe. Scientists from around the world rely on Berkeley Lab’s facilities for their own discovery science. Berkeley Lab is a multiprogram national laboratory, managed by the University of California for the U.S. Department of Energy's Office of Science.