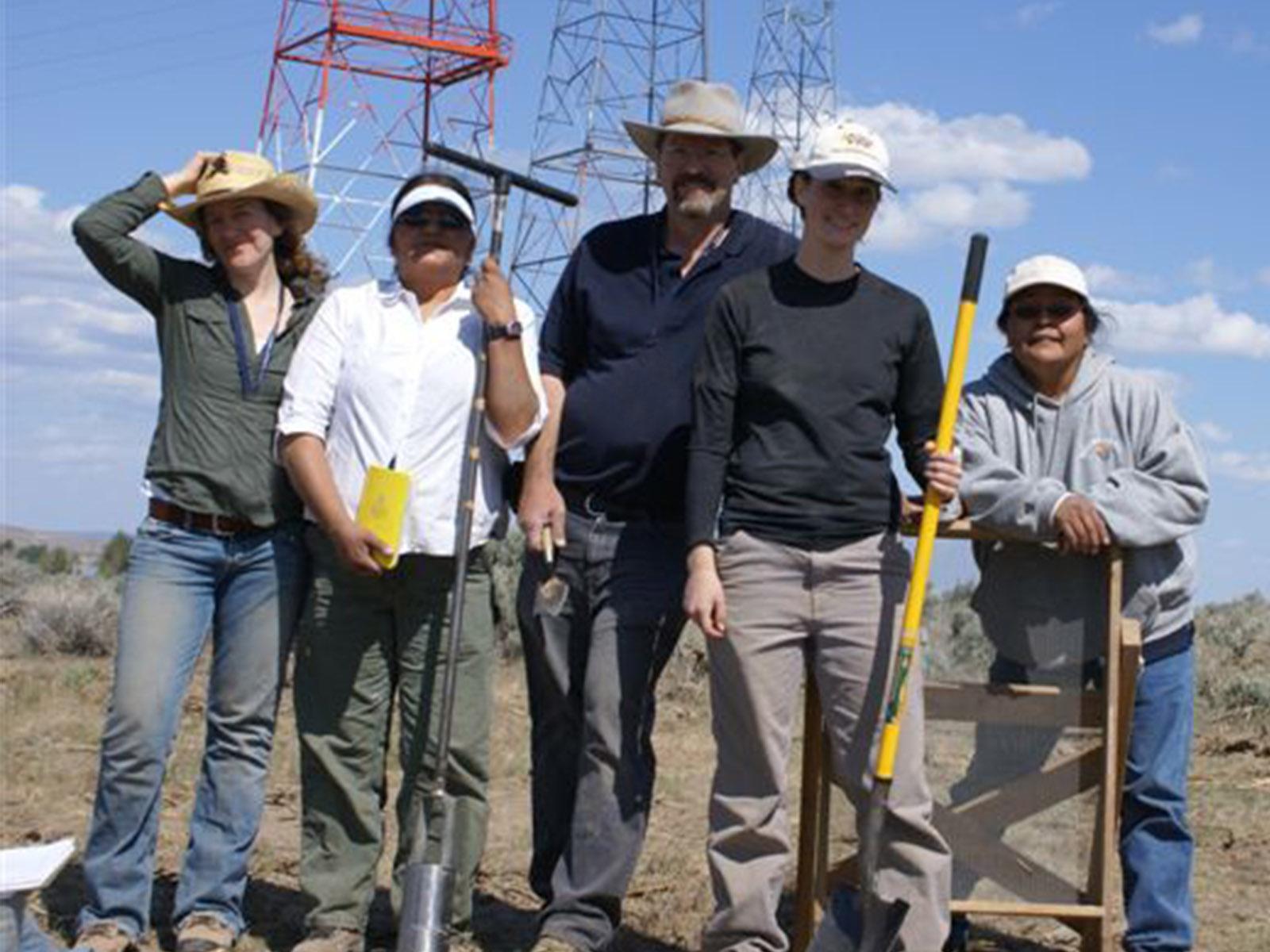 A team of PNNL experts and Nez Perce and Yakama Nation Tribe members conducted field work on the Mid-Columbia archeological excavation project in 2008.

For two generations, the momentum of the environmental movement has raised awareness and inspired involvement, leading to major U.S. environmental policies that protect special natural and historical places. Pacific Northwest National Laboratory (PNNL) has been part of that effort for decades, helping federal agencies apply these policies and working with the affected communities.

"In the 1960s, important historical and environmental places were being threatened by development,” said Ellen Kennedy, a PNNL earth scientist and anthropologist. “Across the country, major projects were impacting archaeological sites. These places have cultural and historic significance to American Indian Tribes.”

“With the increased need for more inclusive engagement, along with the Biden Administration’s Memorandum on Tribal Consultation and Strengthening Nation-to-Nation Relationships, we continue to provide our expertise to support this important issue,” said Ann Miracle, risk and environmental assessment group manager at PNNL.

Navigating the overlap between energy siting and traditional tribal lands or cultural property can be complex, and requires a deep understanding of historical, cultural, and religious areas that are important to each tribe. PNNL’s cultural resources team has worked on projects from coast to coast—a few of the many examples are highlighted below.

The North Anna Power Plant lies on the shores of Lake Anna in the heart of Virginia. It generates 17% of the state’s electricity, and in 2003 the plant was looking to expand its footprint. For generations, the Pamunkey Tribe has fished for shad in the Pamunkey River, which is fed by Lake Anna 60 miles upstream.

The Pamunkey Indian Tribe recognizes shad as a resource that is considered to be a traditional cultural property—fishing is an integral part of their culture and defines who they are as a people. The Tribe has a subsistence fish hatchery where they raise shad. They were concerned that the power plant expansion might have a negative effect on the headwaters of the Pamunkey River and the fish.

In 2009, PNNL worked with the U.S. Nuclear Regulatory Commission (NRC) to support outreach, communications, and consultations to understand if the proposed power plant expansion could potentially impact the lives and culture of the Pamunkey Indians.

The PNNL team rigorously evaluated potential impacts under the umbrella of cross-cutting policies such as the National Environmental Policy Act (NEPA) and the National Historic Preservation Act (NHPA). Based on a thorough tribal engagement process, the NEPA analysis was broadened to encompass unique tribal values. Detailed analysis showed that expanding the power plant’s footprint would not adversely impact the fish that the community has relied on for generations.

Many tribes have a long heritage of conducting their own environmental evaluations for decision-making, which includes consideration of future generations.

In terms of U.S. policy, the heavy hitter is NEPA. This legislation casts a wide net that includes evaluating potentially impacted tribes, along with environmental justice issues. For 45 years, PNNL has partnered with the U.S. Department of Energy (DOE), NRC, federal and state agencies, and industry to engage with stakeholders for regulatory decision-making related to large, complex federal construction projects.

“Cultural resources that are left behind transcend to people today,” Miracle said. “Ultimately, we want to preserve, protect, and understand the past in order to make way for a more inclusive future.”

In addition, the NHPA requires that each federal agency identify and assess the potential effects of actions on historic places. As with NEPA, PNNL has supported these efforts for decades, stemming from work developed at the DOE's Hanford Site.

PNNL is overseen and managed by the DOE Pacific Northwest Site Office (PNSO), which is also subject to the NHPA. PNNL manages a Cultural Resources program that assists PNSO with overseeing and managing compliance for research, operations, and facility construction where activities have the potential to affect cultural resources. For example, PNNL’s Marine and Coastal Research Laboratory has historical ties to the S’Klallam Tribe, while numerous tribes have historical ties to the land around the PNNL Richland and Sequim campuses.

Long before the Hanford Site in Washington State became synonymous with the Manhattan Project, the land was home to American Indian people who lived in and around the region for at least the past 12,000 years. Archaeological remains and culturally important places are dispersed across the landscape and along the Columbia River where hunting, fishing, gathering, and other important cultural practices occurred.

Today, American Indian descendants of the area’s original inhabitants continue to use portions of the Hanford Site for traditional cultural purposes and to access traditional resources and places. These descendants include the Wanapum People and members of the Yakama Nation, Nez Perce Tribe, Confederated Tribes of the Umatilla Indian Reservation, and the Confederated Tribes of the Colville Reservation.

With a long heritage and deep ties to the Hanford Site, these regional Tribes have been part of the Cold War era cleanup and protection of resources for the past four decades. The Tribes, PNNL, and DOE have worked together on efforts including archaeological surveys and excavations, documentation of traditional places, oral histories,  and the development of Tribal-specific risk scenarios. While PNNL’s archaeology, tribal engagement, and cultural expertise was honed at Hanford, it has expanded nationally to help navigate potential impacts from proposed energy siting.