A Promising Trap for Radioactive Waste

Material could tackle isotope at Hanford and beyond 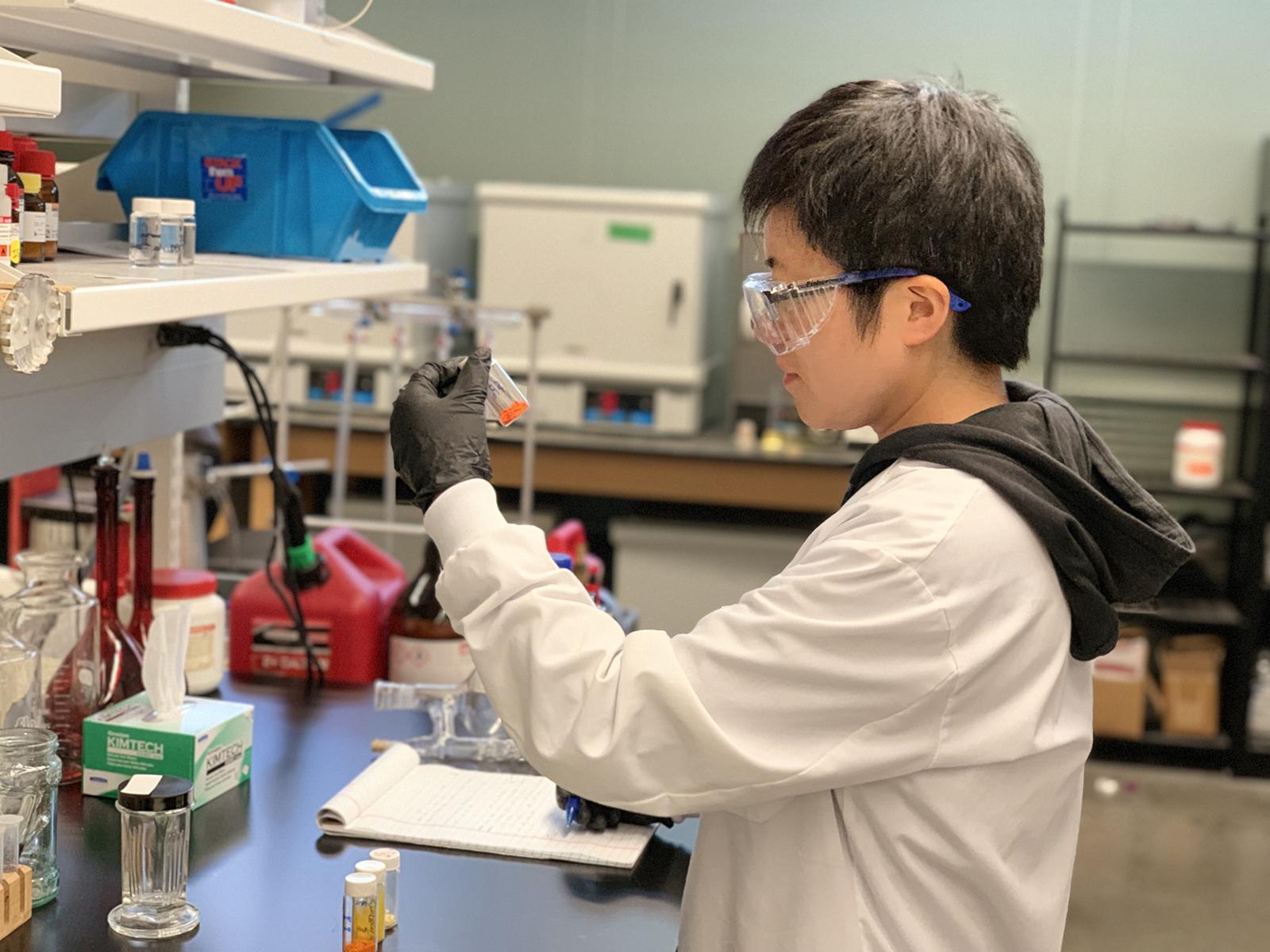 Qi Sun, a post doc at the University of South Florida, checks polymer organic pyridinium as part of PNNL-USF research that could benefit legacy waste cleanup.

Photo courtesy of the University of South Florida

While useful in very small amounts to scan and diagnose thyroid disease, a radioactive chemical called pertechnetate is a bad actor when it’s in nuclear waste tanks. But researchers at PNNL and the University of South Florida (USF) have a new lead on how to selectively separate it from the nuclear waste for treatment.

Pertechnetate is the soluble form of technetium-99, a radioactive byproduct of nuclear weapons production with a very long half-life. Since it is water soluble, it has a high potential for spreading and contaminating the environment if it were to leak out of tanks where radioactive wastes are held—like at the Hanford site in Washington state.

So, it’s worth investigating how to separate the pertechnetate from other chemical species and how to capture it. That’s what PNNL materials scientist Praveen Thallapally did when he realized his collaborators on another project had developed a material with interesting properties.

Researchers at USF started with an organic molecule—pyridinium—and converted it to a polymer. It has a chemical feature called a cation group, which Thallapally recognized might attract the anionic groups such as pertechnetate. The research team did extensive testing of the polymer using simulated waste and recently published its findings in Nature Communications.

“This porous organic polymer nanomaterial is the best material reported to date in terms of its affinity towards pertechnetate and record-high extraction efficiencies,” said Thallapally. “After running a pertechnetate simulant through a glass column of the material, the concentration dropped from 1000 parts per billion to just one part per billion.”

The powdery material, which Thallapally calls an anion trap, has a high surface area with many active sites that specifically attract pertechnetate and bind it to the trap. It’s also durable even when exposed to radiation and to the acidic or alkaline environments found in nuclear waste tanks at the Department of Energy’s Savannah River and Hanford sites. The material is also reusable: it can release the pertechnetate attached to the material and then adsorb more.

The researchers report that existing commercially available resins are inefficient due to low selectivity for pertechnetate and a much lower surface area that requires a greater quantity of resin to reduce concentration of the contaminant.

“We believe the new anion trap, based on the organic polymer pyridinium, could become highly influential for nuclear wastewater treatment technologies,” said Thallapally. “In a perfect world, I’d like to see this technology applied to tank waste treatment in hopes of achieving cost savings and accelerating the cleanup schedule. I think it would have a positive impact.”

Funding for this work was provided by the National Science Foundation and USF. Professor Shengqian Ma led the USF team consisting of Qi Sun, Briana Aguila and David Rogers. Researchers from Soochow University, Southwest University of Science and Technology, and Tsinghua University in China also collaborated on the study.