Morgan celebrates half a century at Pacific Northwest National Laboratory 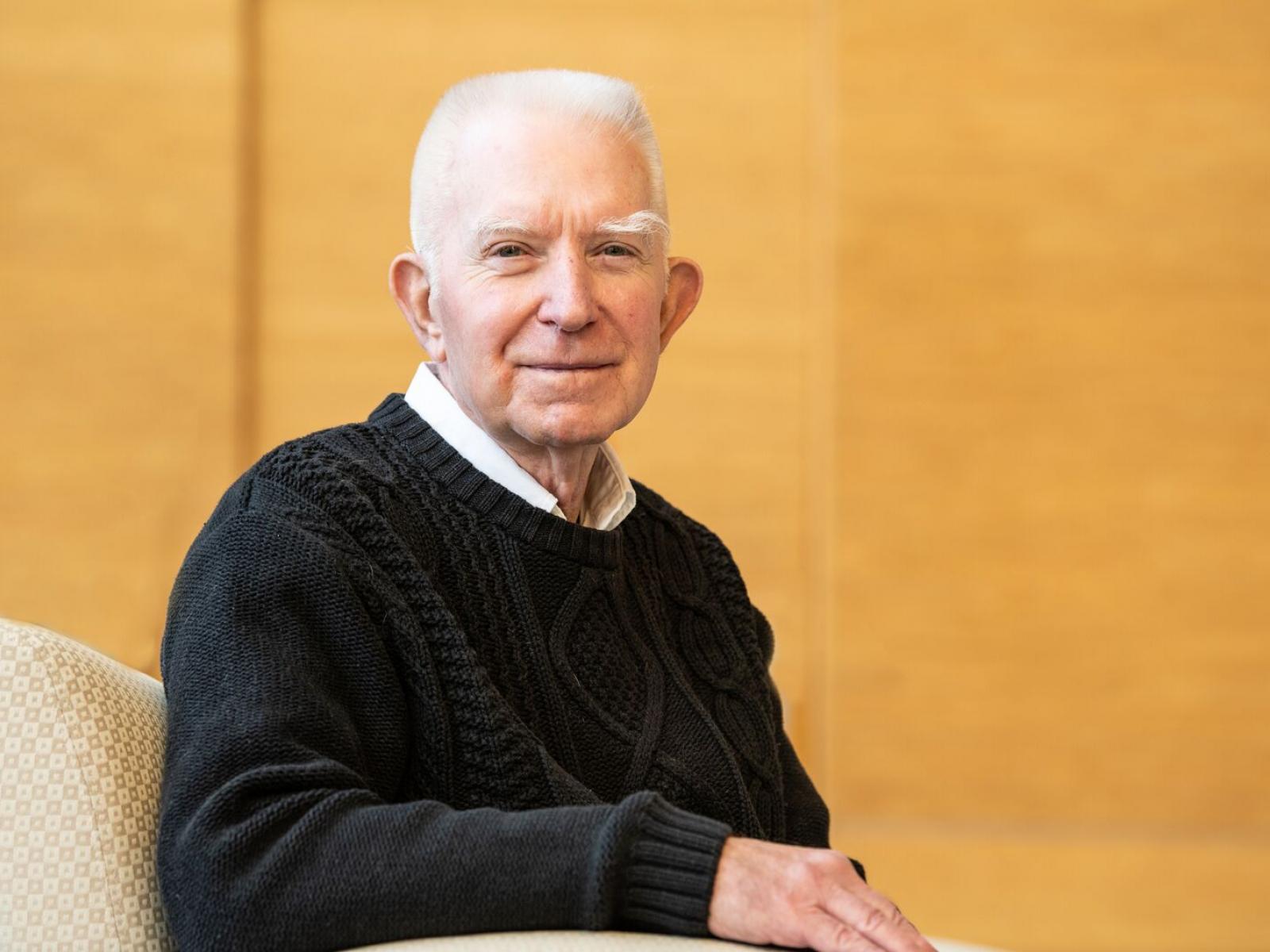 Not many people spend 50 years at one company—even fewer are there from its inception. Project manager Larry Morgan’s career at Pacific Northwest National Laboratory (PNNL) dates back to the laboratory’s start in 1965.

“Part of the enigma of my career is that I started at the Hanford Site in June 1964. I was hired by General Electric out of undergraduate school at the same time the Atomic Energy Commission was looking ahead and strategically planning for the future of Hanford. PNNL didn’t exist until 1965,” Morgan explained. He transitioned to new Battelle-owned contract and joined a group focused on nuclear science and engineering. The team worked in the 325 Building, now known as the Radiochemical Processing Laboratory.

“Larry is a go-to resource for technical and historical information about PNNL and the national security mission area. His career and the changes he’s experienced tell a compelling story about the life of PNNL, our capabilities, and the great impact he’s had on both,” said Ryan Eddy, PNNL director of homeland security programs. “Larry has also taken the time over the years to mentor and work with the next generation of scientists and engineers to pass that information along, which has been so valuable for many, including myself.”

“I have had the fortunate experience of working with people who were excellent mentors who were willing to take a young kid and talk to them, give them guidance, and explain the missions and the things that they were doing. That is something I will always remember,” Morgan said. “Everyone was willing to talk to you. You would learn the history of Hanford and basic research being conducted and gain an extremely broad picture of what was going on.”

Evolving with the Mission

As a commissioned officer in the U.S. Army Corps of Engineers, Morgan left Hanford in May 1965 to serve his active duty with assignments in both Fort Bragg and Vietnam. In 1971, he departed again to complete a doctoral degree in chemistry. Once back at PNNL, he rejoined the staff in the 325 Building, but soon transferred to a newly formed materials science group. At the time, materials science was an emerging field

“That’s one of the things I’ve watched the Laboratory go through—as new science and new disciplines emerge, PNNL has adjusted,” Morgan said. “It is key to being relevant and to being successful. As the worldwide science and technology evolves, you have to evolve and hopefully do so in advance so you are not always chasing to catch up.”

Just as PNNL welcomed new challenges, so did Morgan. In the decades that followed, Morgan had a range of positions—line manager, principal investigator, project manager—and served in various external roles. For example, Morgan has served on national-level advisory and review committees and as a senior technical advisor in the Office of the Administrator of the National Nuclear Security Administration. When the Department of Homeland Security (DHS) was forming in the early 2000s, Morgan was invited to join a few other national laboratory staff in establishing what is now the Science and Technology Directorate, the research and development arm of DHS.

“Those were years that very few people get an opportunity to experience. Not very often do you get to help set up a new federal agency.” Since then, PNNL has partnered on wide-ranging homeland security solutions, from airport security to first responder technology, to cybersecurity.

Upon returning to PNNL, Morgan has managed projects spanning the PNNL national security mission space. “So many projects at PNNL require putting together a very good team that is multidisciplinary and that can work to solve problems. That’s the part that I enjoy—getting to work with different people, putting different capabilities together, and producing something the sponsor can actually use.”

In particular, Morgan led PNNL’s nuclear science department and took on a technical operations manager role in the evolution of what is now PNNL’s National Security Directorate. “My role was to help make that match between the capability of the Laboratory and help others understand who were meeting with sponsors,” Morgan said. “It will always be memorable seeing the rapid evolution of the national security work going from a program office to what it is today and being a part of that.”

While a lot has changed in 50 years, some things remain the same.

“The diversity of the way we work is rooted in the Hanford mission—we’ve always had that mixture, a fundamental base of basic research and engineering to build upon to do applied science,” Morgan said. While PNNL’s missions have evolved greatly from a focus on the nuclear fuel cycle, the multidiscipline, multiprogram laboratory still draws on its Hanford roots and Morgan looks forward to what the future has in store for the ever-evolving national security science and technology mission space.

“Future advances to the problems we need to solve will come at the interfaces of disciplines,” Morgan said. “Materials science came from the interface of physics, chemistry, metallurgy, and ceramic sciences. Cybersecurity is evolving at the interface of software and hardware. We can continue to look forward to build these capabilities, and even help lead in some. To be successful we have to be multipurpose and multidiscipline.”