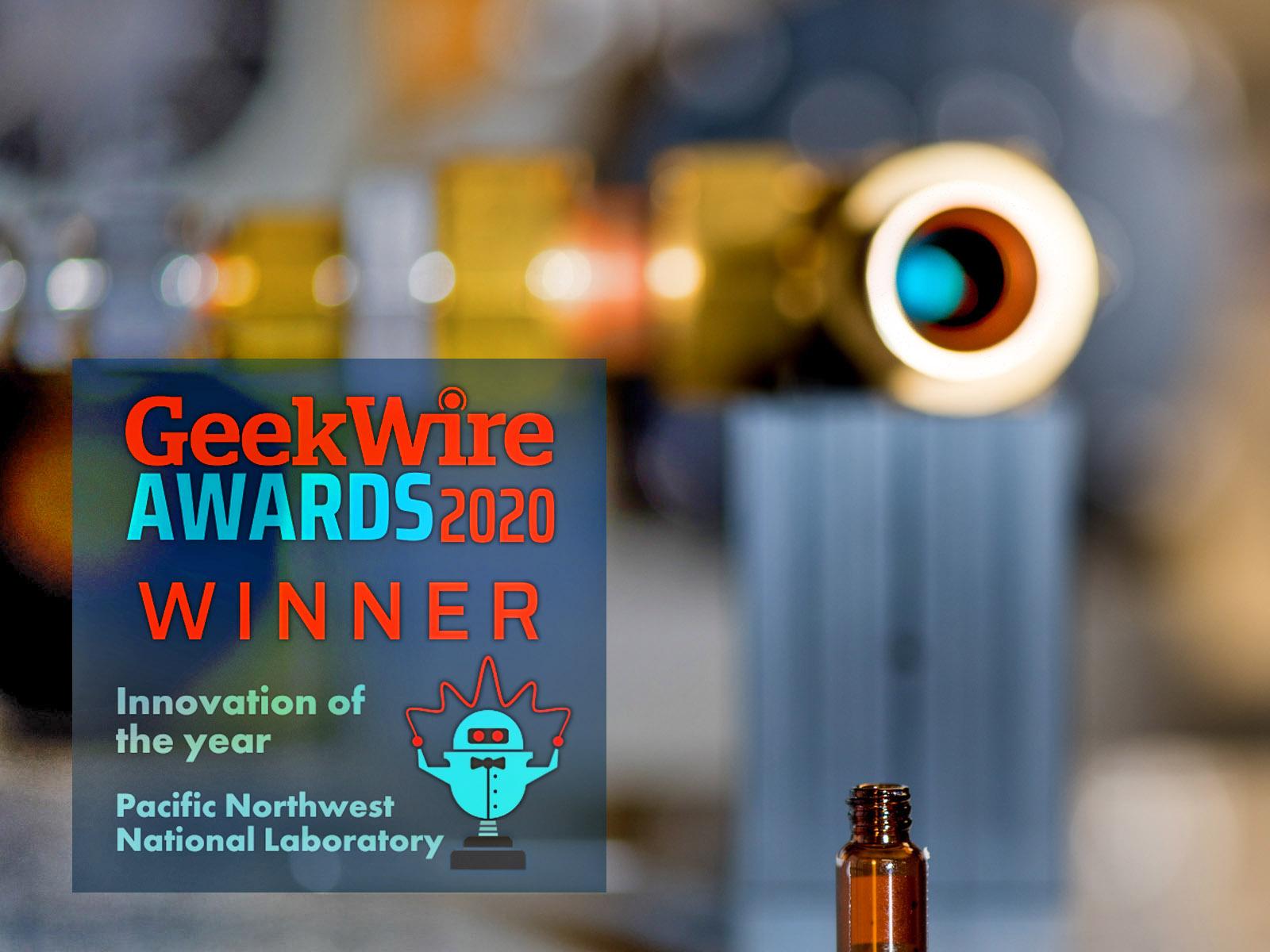 SEATTLE, Wash. – A technology that can quickly detect explosive vapors, deadly chemicals and illicit drugs with unparalleled accuracy has been named the 2020 Innovation of the Year by GeekWire, the Seattle-based technology news company.

The vapor detection technology, known as VaporID, was developed by researchers at the U.S. Department of Energy’s Pacific Northwest National Laboratory in Richland, Wash. It and other winners of GeekWire’s annual awards for the Northwest’s top companies and technologies were announced at a virtual ceremony on July 23. PNNL was the only winner from Eastern Washington.

“There were several worthwhile nominees, so this is a great honor,” said PNNL chemist and co-inventor Robert Ewing, who accepted the award on behalf of PNNL. “The award means a great deal to those of us who worked on the technology as it has such potential to improve public safety.”

VaporID accurately detects and identifies the vapors of even very low-volatility explosives in real time, in extremely small amounts, at ambient temperature, and without sample pre-concentration. The technology identifies explosive compounds, such as C-4, PETN, Semtex, nitroglycerin, tetryl and TNT, as well as vapors emanating from toxic chemicals similar in structure to nerve agents. Recently, the capability was proven effective at identifying illicit drugs, such as fentanyl, methamphetamine and cocaine.

Rather than searching for particle residue using a typical method like surface swipes or using pulses of air to dislodge particles for analysis, the system 'sniffs' directly for explosives vapors, much the way bomb-sniffing canines do.

In the not-too-distant future, contact and canine-assist methods could be complemented or replaced by the VaporID technology in mailrooms, at airports and other venues where public safety is imperative.