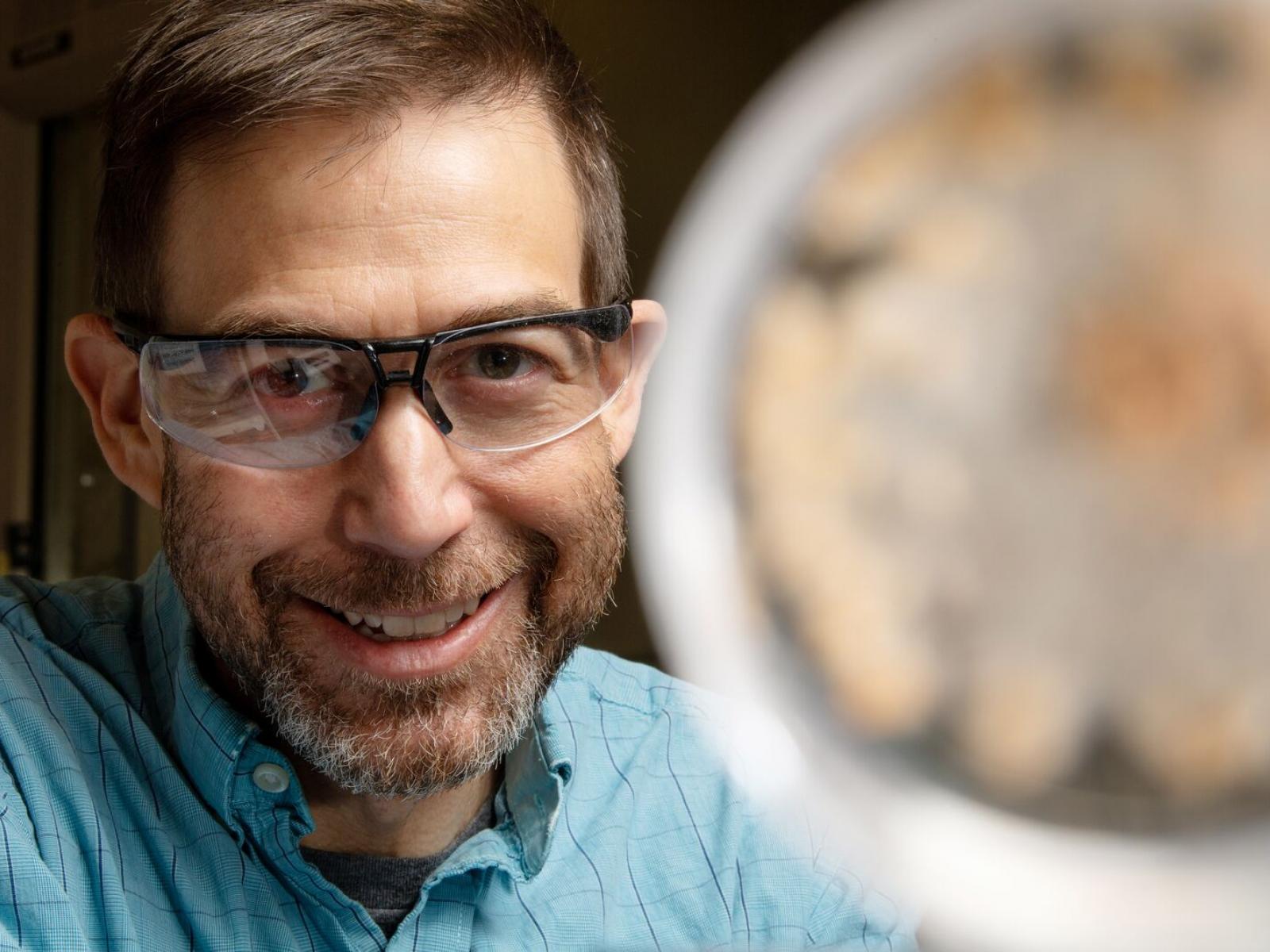 Scott Baker has been elected as a fellow by the American Association for the Advancement of Science (AAAS).

Scott Baker, Functional and Systems Biology Science Area Leader with the Environmental Molecular Sciences Laboratory (EMSL) at Pacific Northwest National Laboratory, has been elected a fellow by the American Association for the Advancement of Science (AAAS).

The rank of fellow is the highest honor provided by AAAS. It is awarded to scientists, engineers, and innovators who have been recognized for excellence across disciplines including research, teaching, technology, industry, and communicating and interpreting science to the public.

Baker was recognized for distinguished contributions to the field of mycology, particularly for fungal biotechnology, genomics, and genetics related to metabolite production, enzyme secretion, and cell morphology.

When reflecting on what being named an AAAS fellow means, Baker said it is a true honor.

“I’m thrilled to be honored as an AAAS fellow,” he said. “I’m grateful for the support of my family, as well as for all of the mentoring, collaborations and research projects that have put me in the position to receive this honor. I’m also very fortunate to be part of a team that keeps EMSL research at the cutting edge and driving toward exciting scientific discoveries.”

Baker joined Pacific Northwest National Laboratory in 2003 as a senior research scientist. For more than a decade, he has led and contributed to fungal genome projects ranging from single genomes, to resequencing classical genetic mutant strains, and even to whole fungal genus sequencing efforts. He co-led the development and launch of the Fungal Genomics Program at the Department of Energy Joint Genome Institute (JGI) with colleagues at Lawrence Berkeley National Laboratory in 2009 and 2010. The JGI Fungal Genomics Program has generated genome sequences for hundreds of fungal species and is a significant resource for the mycological research community. He continues to serve on the JGI Fungal Program User Advisory Committee.

“I worked with two colleagues at JGI to stand up the Fungal Genomics Program, and it continues to have an impact beyond what I could have imagined,” Baker said.

Baker has an affiliate appointment with the Department of Energy Joint BioEnergy Institute as a fungal biotechnology scientist. With the institute, his research focuses on heterologous production of lignin-active enzymes by fungi. He formerly served on the board of directors for the Society for Industrial Microbiology and Biotechnology (SIMB) and was the SIMB president in 2016. He is also an SIMB fellow.

He has published over 140 journal articles and book chapters and currently serves as specialty chief editor for biotechnology in Frontiers in Fungal Biology, as associate editor for Current Research in Microbial Sciences, and on the editorial board for Industrial Biotechnology.

Baker was nominated for the AAAS fellowship by colleague, mentor, and friend Joan Bennett, distinguished professor with the Department of Plant Biology at Rutgers University.

For more information about the AAAS Fellows program, visit aaas.org/fellows.