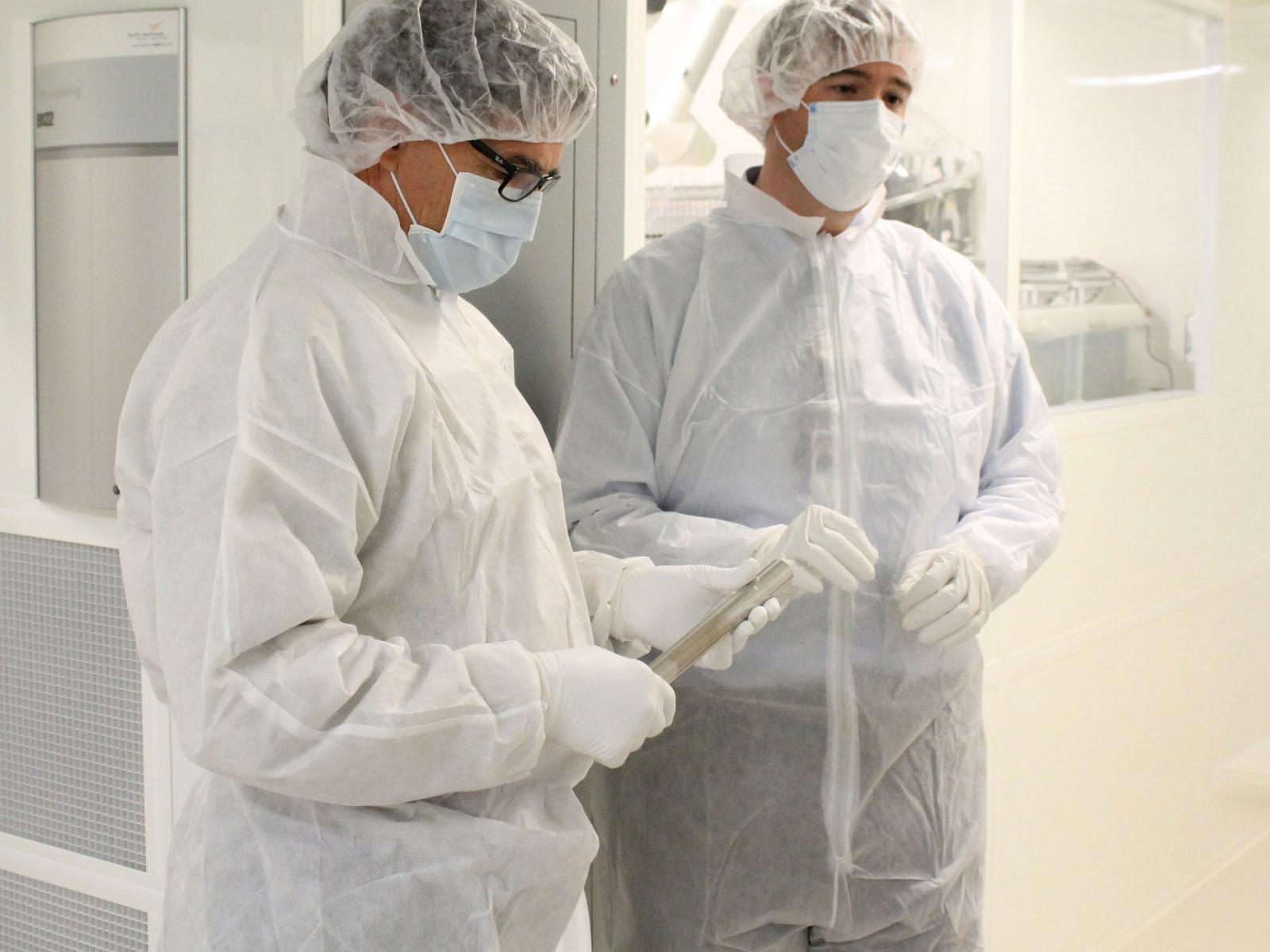 PNNL contributes its microwave engineering and modeling capabilities to the Axion Dark Matter eXperiment (ADMX). This large, collaborative effort with researchers from universities and laboratories around the world has created a device with the sensitivity to "hear" the telltale signs of dark matter axions and distinguish them from "noise" that otherwise would obscure them.

While some of us may periodically ponder the universe, most of us don't dedicate our lives to studying its mysteries, including its birth, evolution and fate. At the Department of Energy's Pacific Northwest National Laboratory, however, some of our scientists are collaborating with colleagues from around the world to do just that.

PNNL scientists apply their expertise in physics, chemistry, materials science and engineering to advance our understanding of nuclear and particle physics. Their research delves deep into questions about the universe and its origin, its unseen building blocks, and how the forces within it work together.

The existence of dark matter and its resulting gravitational effects would help to explain how galaxies formed.

PNNL scientists do not just ask the questions, but also contribute to the development of novel and ultra-sensitive detectors used to answer them. In so doing, they not only advance fundamental physics research, but also create technologies that can make the world safer.

For example, PNNL's microwave engineering expertise and unique Shallow Underground Laboratory are central to the quest to understand the universe — as well as important security missions.

Recently, PNNL's researchers helped shed light on the possible existence of dark matter — called "dark" because it is invisible to today's telescopes — that may be responsible for gravitational effects that can be detected but not explained by the matter we can observe.

The existence of dark matter and its resulting gravitational effects would help to explain how galaxies formed. Scientists are convinced that dark matter far outweighs observable matter in the universe, but there is still much they do not know.

Theories predict that dark matter is composed of fundamental sub-atomic particles that have yet to be discovered, including one dubbed the "axion." Last month, a large international collaboration of scientists announced the creation of an ultra-sensitive device that can "hear" the telltale signs of dark matter axions while tuning out the electromagnetic "noise" that makes them difficult to detect.

In this project, PNNL used its state-of-the-art microwave engineering and modeling expertise to help design a highly sensitive microwave receiver that "listens" for and identifies the weak axion signal. This same capability underpins the millimeter-wave security scanners used to screen passengers at airports.

In a different collaboration, PNNL is involved in another of the world's most sensitive dark matter experiments. This one will search for a different class of theorized dark matter particles called weakly interacting massive particles, or WIMPs. Rather than "listening" for these particles, this project seeks to measure WIMP dark matter with a highly sensitive radiation detector.

PNNL researchers are helping to design this detector, which must be made of materials with ultra-low levels of naturally occurring radioactivity so as not to interfere with the measurements they seek.

If necessary, PNNL can make the needed materials. For example, PNNL scientists and collaborators developed a process to create the world's cleanest copper through electroforming chemistry. This high-purity copper is produced in PNNL's Shallow Underground Laboratory, which also houses instruments to test materials for trace levels of radioactivity.

Being underground shields the facility from background radioactivity caused by cosmic rays that would contaminate the copper and interfere with the ability to analyze material samples. This collection of capabilities also supports PNNL's contributions to global nuclear security.

PNNL is proud to be part of the search for dark matter and its elusive constituent particles. Confirming its existence would be a major leap forward in humankind's understanding of the universe.

This point was driven home by Nobel Laureate Arthur B. McDonald, who recently visited PNNL. As he spoke to a packed auditorium about expanding the frontiers of physics, he graciously acknowledged PNNL's important contributions. We left his lecture inspired to work even harder to unravel nature's mysteries and to advance human knowledge.