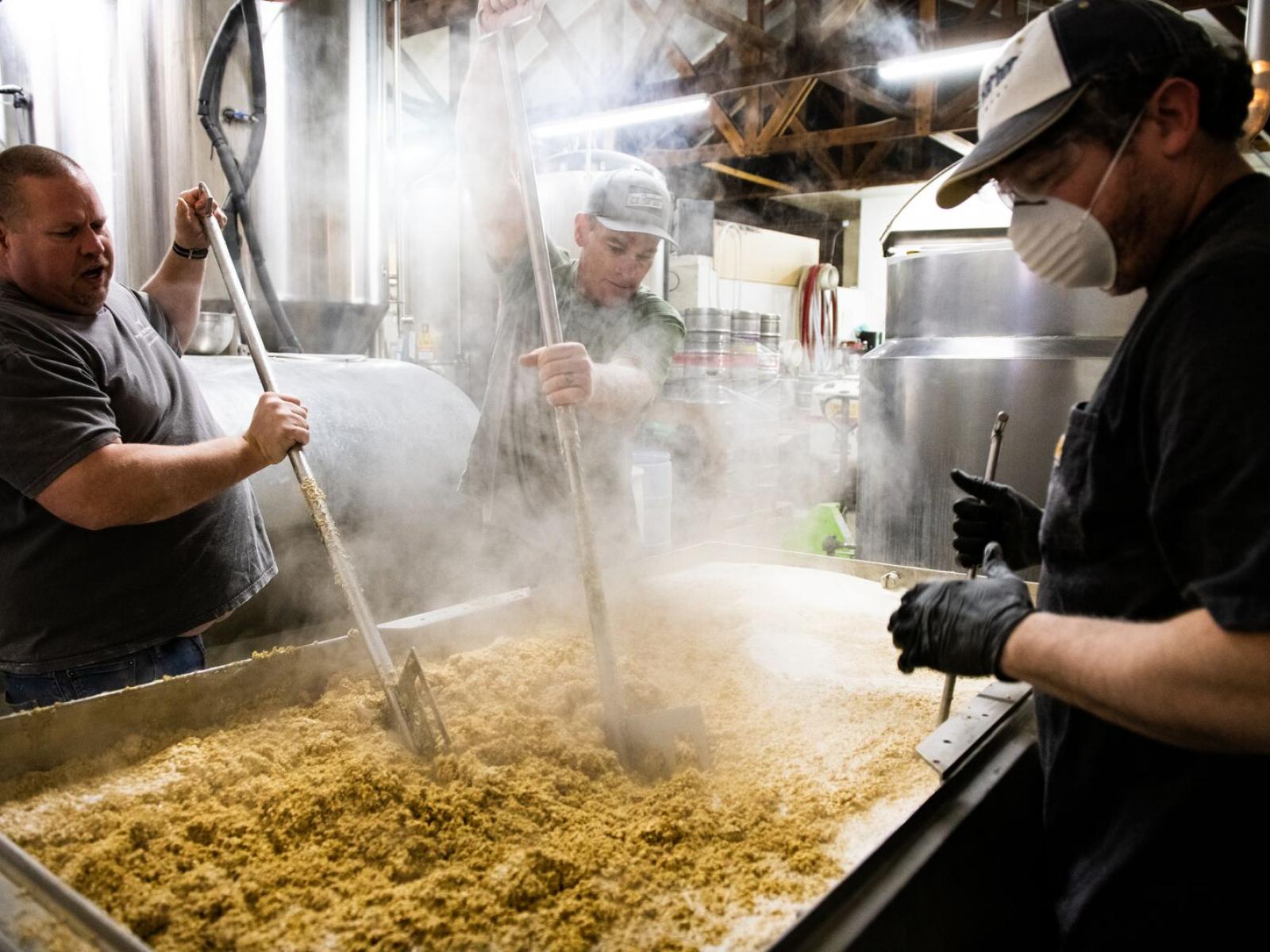 A chemical engineer by day at PNNL, Dan Howe is an ardent home brewer by night. In many ways the work is the same: figure out how to transform basic materials or feedstocks into different products. As a brewer, he’s converting grain into beer. Through this hobby, Howe has developed a tight connection with a small microbrewery not far from the laboratory. Hanging out at the Ice Harbor Brewing Company in Kennewick, Wash., he saw, firsthand, just how much wet grain the brewery must dispose of after the brewing process. That’s when his day job kicked in.

What if there was a way to convert that waste into energy? After all, the brewery was just giving it away to a pig farmer who used it to feed his pigs.  Howe realized that the used or “spent” grain had all the right stuff to feed another process—a chemical process to create bioenergy. Howe and colleagues think a lot about bioenergy—in other words, using biological material to create energy or useful products such as liquid fuels.  As Department of Energy researchers, they are always on the lookout for waste with good characteristics to serve as a feedstock or raw material for high-quality biocrude oil.

“One benefit is that in the beer making process, many of the carbohydrates and sugars have already been removed, so the spent grain has a higher lipid content by weight than it would have before brewing,” said Howe. “A higher lipid or fat content leads to higher biocrude yields of a higher quality.”

Biocrude can be further refined into transportation fuels through a process called hydrotreating, followed by distillation. PNNL researchers recently achieved a DOE milestone to produce 10 liters of biocrude from 200kg of low-value, wet, plant-based feedstock.

From ale to oil

In recent years, PNNL has advanced a process called hydrothermal liquefaction or HTL. The HTL process operates under high heat and pressure in a continuous pipe reactor. The HTL process is an important advancement, because it can create oil from wet wastes without requiring the energy expenditure of drying them first.

Spent grain is wet and mushy after mashing in water for 1 to 2 hours. Beermakers use about 400 million tons of grain during the production process, leaving them with waste that must be discarded one way or another, sometimes at a cost.

Howe asked Ice Harbor’s brewmaster, Adam Crane, if he’d be willing to divert some of the brewer’s waste in the name of science. He and owner Mike Hall agreed, and more than 300 kg of the wet grain arrived at the process development laboratory, which houses PNNL’s HTL bioreactor. This American 2-row barley mash, used to produce an American Pale Ale and an India Pale Ale, was about to be reincarnated.

“First, we developed a recipe to manage the alkalinity, added water, and blended the spent grain into a slurry that looked a bit like a peanut butter smoothie,” said Andy Schmidt, another chemical engineer who leads this task under project manager Dan Anderson. “The slurry was then pumped into an engineering-scale, modular hydrothermal liquefaction system and processed continuously for 25 hours.”

A high quality biocrude came out the other end of the system. Successful sustained runs like this are a good indication that, in the future, industrial partners can scale up systems like the HTL and have them run smoothly.

Bioenergy sources, like spent brewery grains, are beneficial for the environment. Not only do wastes enable re-use of carbon already in the environment as an alternative to petroleum-based fuels, but in many cases, it’s a safe, economical disposal pathway for waste products that could otherwise have a negative impact on the environment.

Each feedstock is different. And the 10-liter volume achieved by PNNL is critical for additional research. The PNNL team will be able to upgrade and refine the biocrude they produced, in the laboratory.  Determining its fuel quality and properties at this quantity will provide meaningful information to oil refineries, in order to determine whether the biocrude can “drop in” to existing refining infrastructure.