PNNL Represented on Pacific Northwest Section of The Electrochemical Society 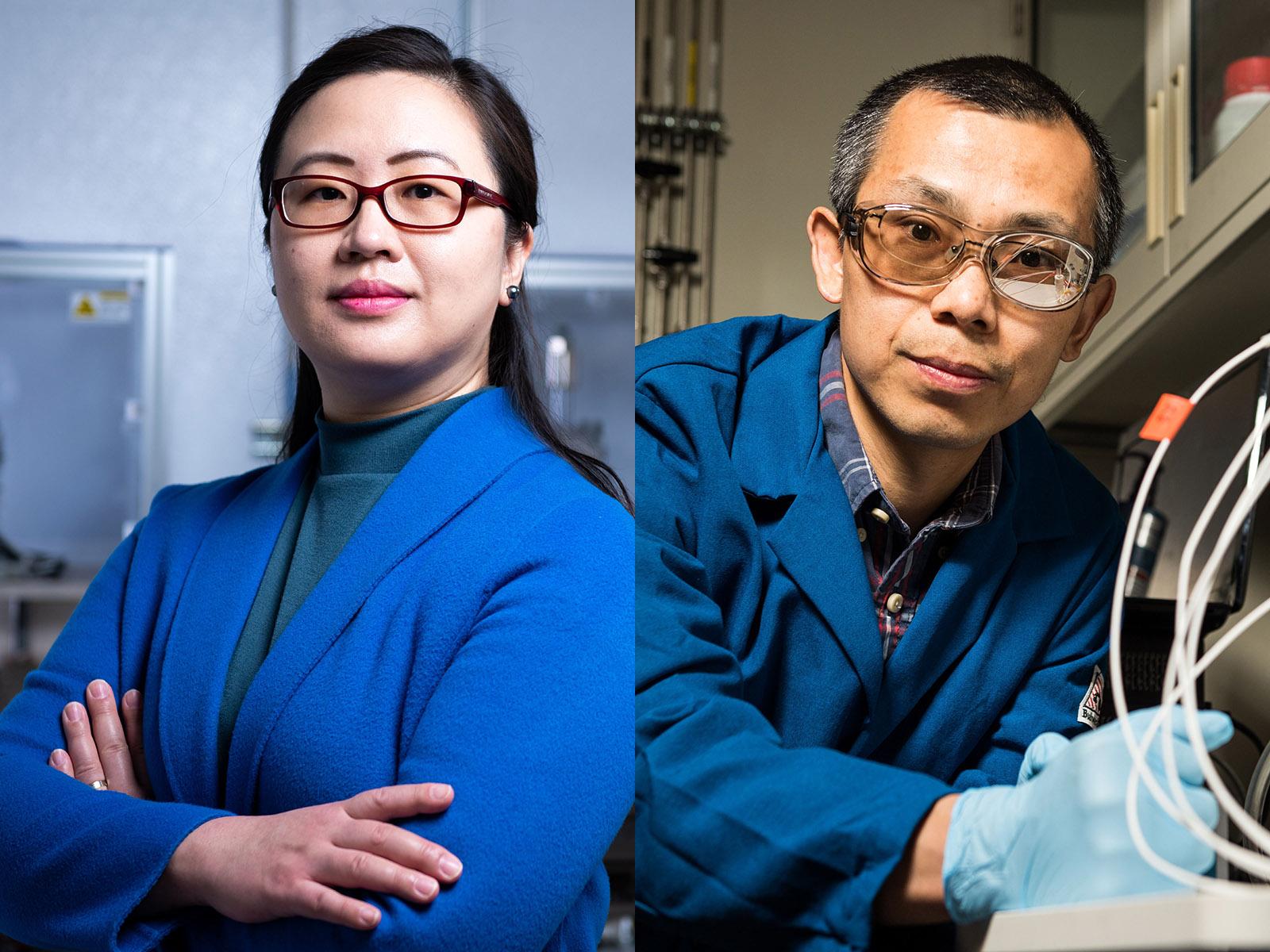 Formed in 1902, The Electrochemistry Society (ECS) has long been recognized as an international organization whose members contribute expertise to research breakthroughs in electrochemical and solid-state science and technology. Members have included several Nobel laureates and even Thomas Edison.

Now, the ECS has entered the Pacific Northwest, with a regional section chartered in October 2020. Two scientists from Pacific Northwest National Laboratory (PNNL) who are longtime members of ECS have assumed positions on the section’s executive committee.

At the helm for a two-year term is inaugural chair Jie Xiao, a laboratory fellow and internationally recognized energy storage expert. Xiao is a fellow of ECS and also the secretary of ECS’ Battery Division. She was instrumental in the formation of the section.

Yuyan Shao is serving as section representative—the section’s interface at biannual ECS meetings. Shao is a materials scientist who has made significant contributions to electrochemical energy storage and conversion research for transportation and grid applications.

With their vast materials science expertise, Xiao and Shao have been named to Clarivate’s list of Highly Cited Researchers every year since 2017.  These are researchers who rank in the top one percent by cumulative citations in their field over a 10-year period.

The section includes members from Washington, Oregon, and Idaho. In addition to PNNL, the executive committee is made up of representatives from the University of Washington, Microsoft, the University of Oregon, Gamry Instruments, and Boeing. In 2021, the executive committee successfully organized six webinars and an industry day, which allowed members to investigate careers in electrochemistry. These efforts enhanced collaboration among universities, industrial companies, and national laboratories within the three states.

The section also provides significant opportunities for early-career scientists and engineers to learn from veteran researchers in the electrochemistry field and contribute to the ECS.

“For example, Cassidy Anderson is a young rising star as a materials scientist in the battery field here at PNNL, and she contributed significantly while we were setting up the new section, for which I’m very grateful,” said Xiao. “She brings an energy that will serve the section well in growth and opportunity as a member and possibly an executive committee member.”

The Value of Wind Energy

Gifts for a Brighter Future: PNNL’s 2021 Science and Technology Highlights