Larger installations are on the rise 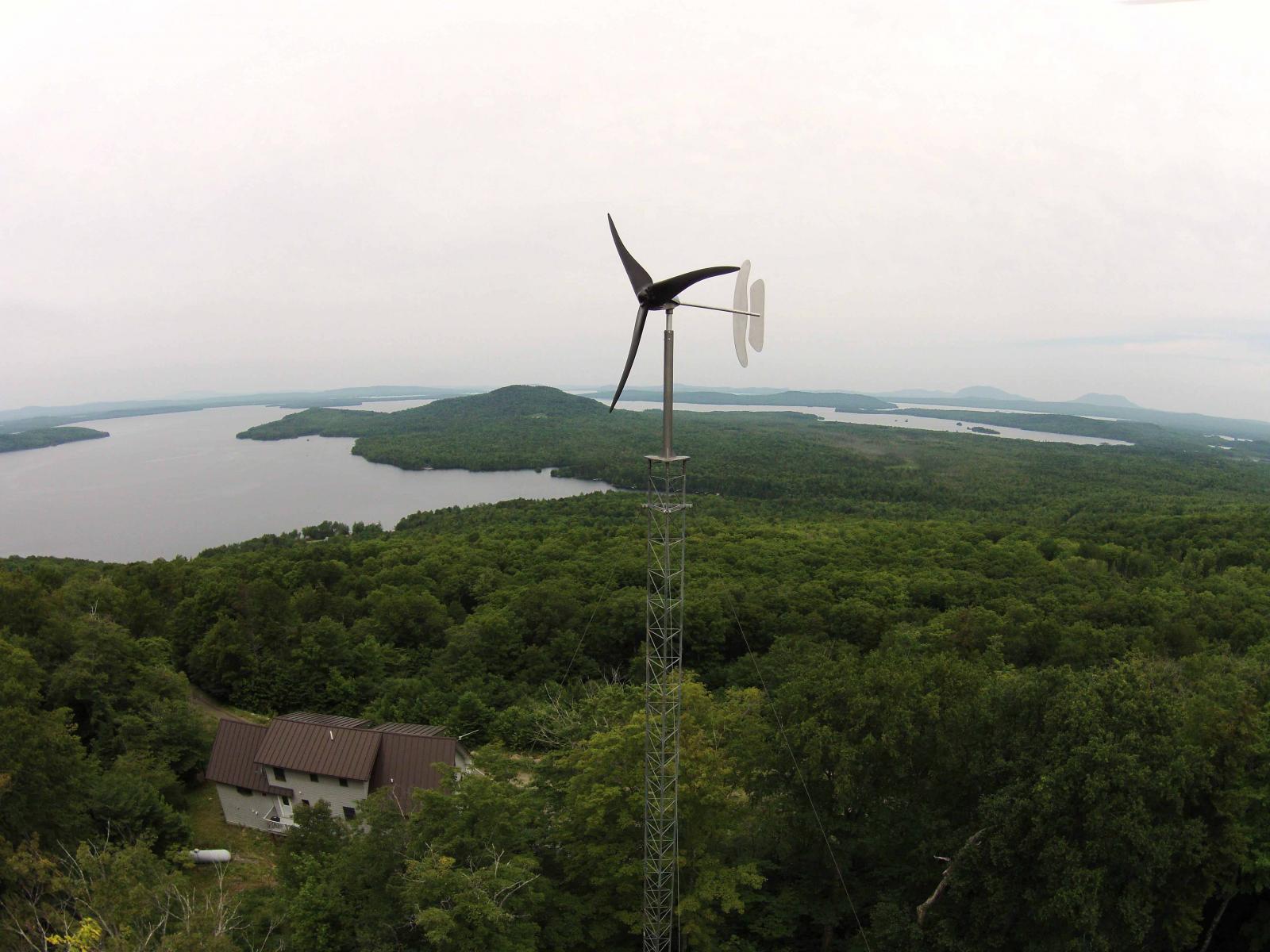 This 1.7-kW Pika Energy T701 wind turbine is at a residence in Maine.

Distributed wind power is very localized, meaning that the power is generated near where it will be used, instead of originating in remote commercial wind farms and being sent to load centers over long transmission lines. Distributed wind systems produce clean power for homes, farms, businesses and other locations where the power generated is typically consumed onsite or on the local distribution system to meet energy demands. System size can range from a 5-kilowatt turbine powering a home to a few multi-megawatt turbines providing electricity to multiple industrial facilities on the same distribution system.

In 2017, the trend toward larger-sized turbines in distributed installations continued. Installations of turbines that generate 100 kilowatts or more almost doubled compared with 2016. These installations represent a $262 million investment in 2017, according to the report.

There are more than 81,000 wind turbines used in distributed applications across United States and its territories, totaling more than 1,000 megawatts of distributed wind capacity.

"While smaller turbines still account for the majority of units sold, this is the third year in a row that the installed capacity of larger installations is on the rise," said Alice Orrell, who led the study at PNNL. "Whether used by factories, commercial businesses or even utilities, this wind power production can and does offset pressure on local electrical grids and the market seems to appreciate this benefit."

The report found that a total of 78 percent of the installed distributed wind capacity documented for 2017 serves utility loads on local distribution grids.

"In general, it was a good year for distributed wind power," said PNNL's Nik Foster who was part of the research team. "While exports of U.S.-manufactured small wind turbines decreased from 10.3 MW in 2016 to 5.5 MW in 2017, investments in the United States rose by $111 million, the number of units installed grew by 28 percent and another turbine was certified, supporting confidence in the technology."

Now in its sixth year, the Distributed Wind Market Report was funded by DOE's Wind Energy Technologies Office, and helps the distributed wind community — utilities, manufacturers, and federal and state agencies — keep an eye on current market conditions and regulatory environments. It provides the wind power community with a year-to-year comparison to measure growth and trends as well as data such as costs, number of deployments, performance and capacity factors, types of turbines used, customer type, domestic and international markets, and market drivers and barriers.