PNNL Pitches in for Perseverance Launch 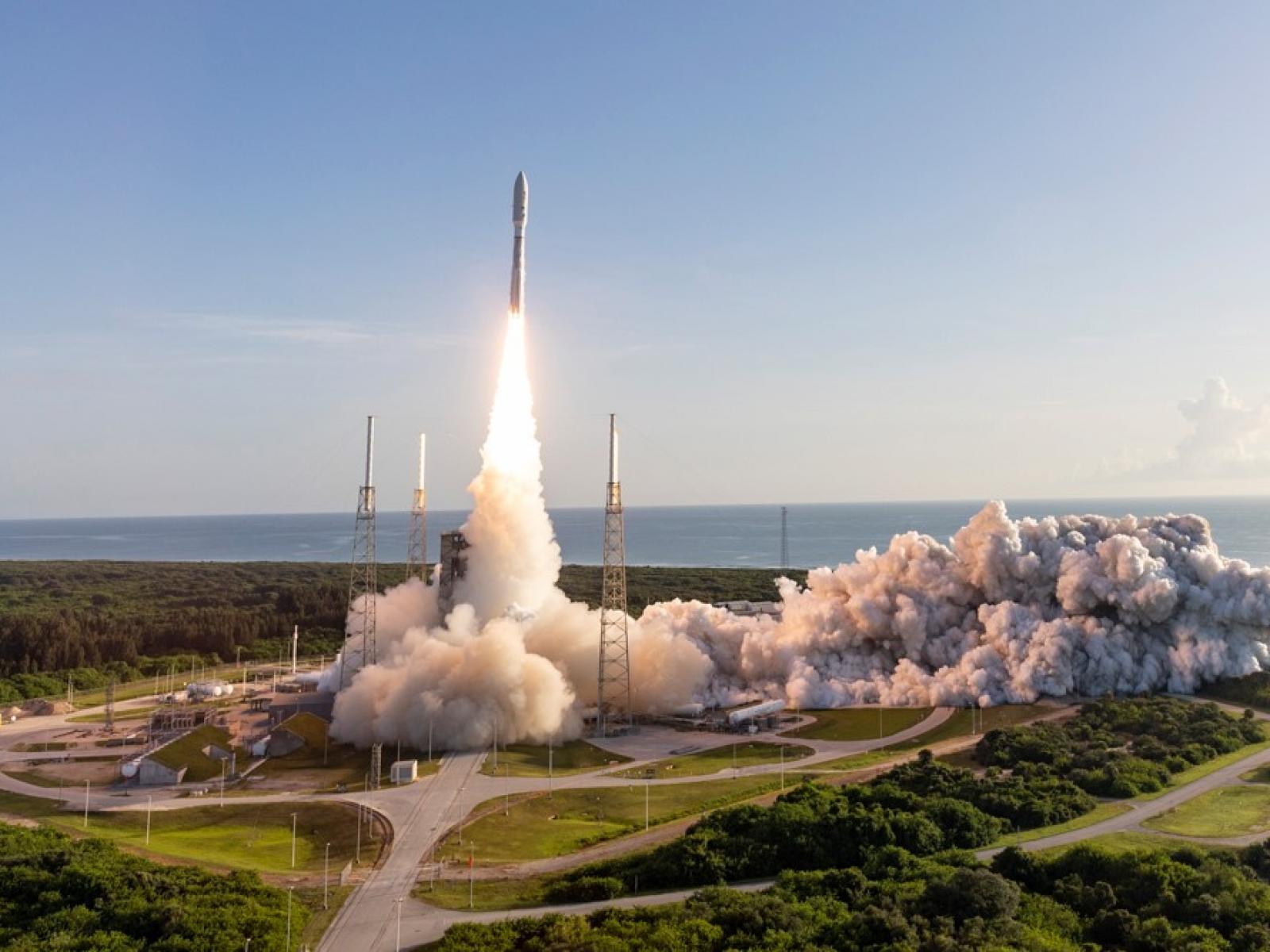 A United Launch Alliance Atlas V rocket carrying the Mars 2020 mission with the Perseverance rover lifts off from Space Launch Complex-41 at 7:50 a.m. EDT on July 30, 2020. PNNL assisted with the risk analysis for the launch.

People around the world have marveled at the exploits of the National Aeronautics and Space Administration’s (NASA’s) Mars 2020 Perseverance rover, from launch to landing to supporting helicopter test flights above the Red Planet.

Dave Engel and Robin Sullivan of Pacific Northwest National Laboratory (PNNL) may be enjoying the show a little more than most.

Their work focused on the risk of launching a Multi-Mission Radioisotope Thermoelectric Generator, the plutonium-fueled power system that supplies electricity to the Perseverance rover. Designed and built for NASA by the U.S. Department of Energy (DOE), this space nuclear power system produces about 110 watts of electricity to run the rover’s systems and extra heat to keep them warm during the frigid Martian nights and winter seasons.

The rover’s generator is essentially a nuclear battery, about the size of a 5-gallon drum. It converts heat from the natural radioactive decay of plutonium dioxide into electricity using no moving parts.

Before launch, DOE nuclear safety experts at Sandia National Laboratories looked at a range of accident possibilities and potential mishaps. Among the scenarios analyzed were variations on two big ones: What could be the public health risks if the rocket explodes on the pad? What could be the risks if it explodes at various points above Earth’s surface?

A second set of scrutiny

The data generated by Sandia was used by NASA and DOE to generate a safety analysis report (SAR). Once completed, the analyses were ready for independent review by a panel of diverse experts, the Interagency Nuclear Safety Review Panel (INSRP). That’s where Engel and Sullivan got involved, teaming up as the Risk and Uncertainty Working Group with risk analysis colleagues at DOE’s Idaho National Laboratory, NASA, and the U.S. Nuclear Regulatory Commission.

“We took the simulations from the SAR data set, compiled those results, and then did another risk analysis, challenging each of their conclusions with simulations of our own,” Engel said, referring to a process called Complementary Cumulative Distribution Function. “Essentially, we would estimate the consequences of potential scenarios of failure. We took previous (historical) results and compared those to regulatory requirements, and to the SAR results—all to make sure that the results were reasonably similar.”

The rocket carrying Perseverance took about 35 seconds from launch to clear the Florida coastline. That was the most critical time span of concern for Engel and other risk analysts.

The radioisotope power system includes several layers of protective materials that encase the plutonium and are designed to contain its nuclear fuel in a range of accident conditions. If a launch area accident with a release were to occur, the greatest portion of any released nuclear material would be expected to remain on site at the space center and would present a low risk to the public.

“Our job is to capture everything that could potentially go wrong. You don’t want a surprise on a launch day,” said Sullivan, whose previous involvement on the Mars Science Laboratory INSRP brought the work on Perseverance to PNNL in 2017. “But you would never say, ‘Yeah, you should launch,’ or, ‘No, don’t launch,’ because that’s not our job, that’s outside our job category. We use our expertise and we present the data as it stands based on our analysis.”

Ultimately, the decision whether to launch a mission carrying a nuclear power system is made by the federal government; in the case of Mars 2020, the NASA Administrator was the final decision maker.

“The analysis provided by DOE from across its laboratories was a crucial piece of the independent assessment that helped enable NASA to make a well-informed decision about the launch safety of Mars 2020,” said George Tahu, program executive for Mars exploration at NASA headquarters.

Engel’s more than three decades at PNNL have included mathematics and statistics projects in uncertainty quantification with special emphasis in the development of diverse project teams to solve problems involving applied mathematics and computational statistics. Sullivan, with an engineering background, has focused her 20-year PNNL career on sustainable design, pollution prevention, industrial safety, and nuclear safety.

Their work on Perseverance caught the attention of Terrence Wilcutt, NASA chief of safety and mission assurance.

“I’m writing to express my appreciation to you as one of the Mars 2020 nuclear safety analysis and review participants,” Wilcutt wrote in September 2020 letters to Engel and Sullivan. “We take comfort in knowing that individuals like you have established a legacy of space nuclear system safety that can be carried forward.”