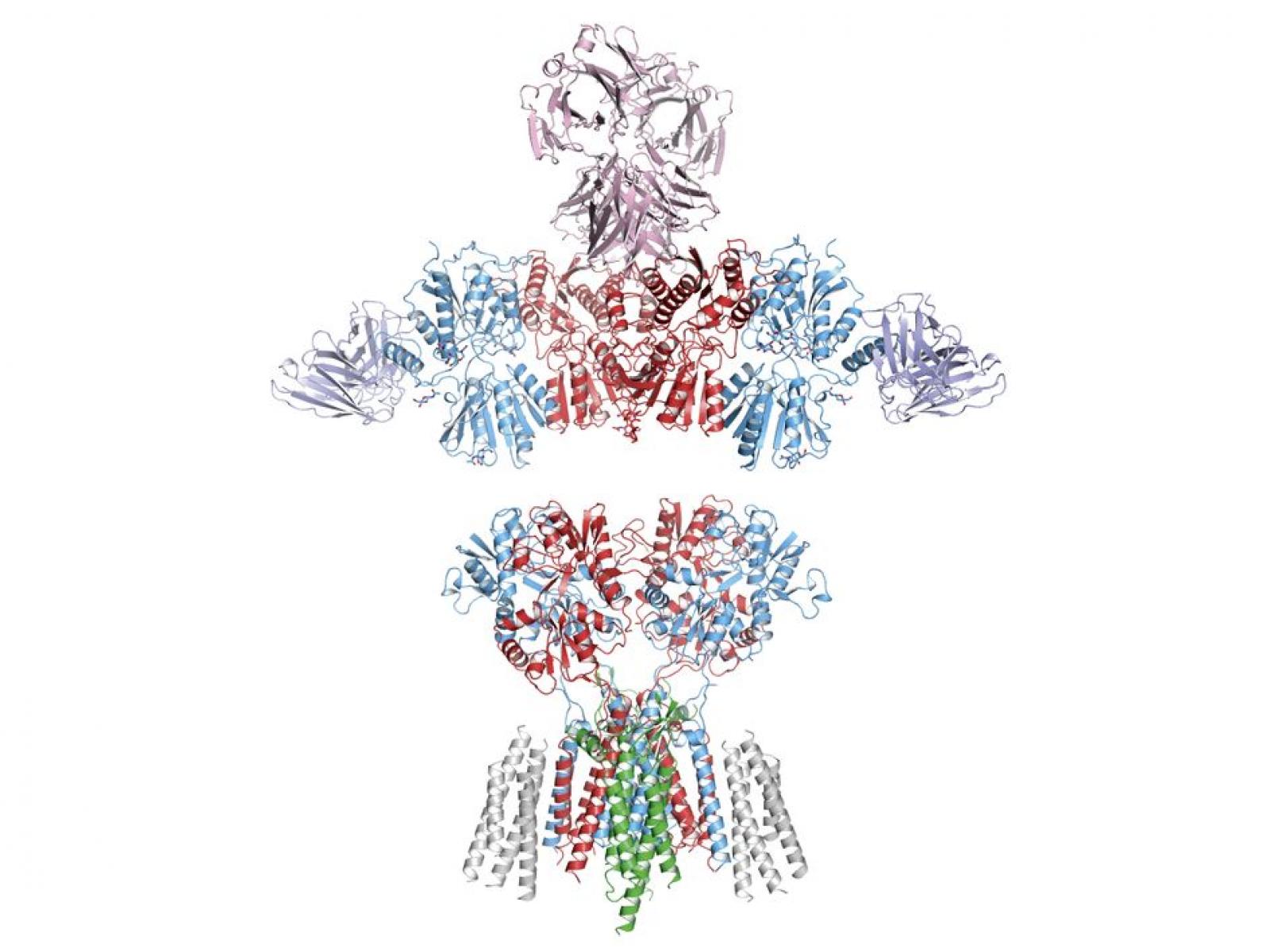 The structure of a fundamental electrical switch in the brain has been revealed, thanks to PNNL researchers working together with counterparts at Oregon Health & Science University (OHSU). The team published its work recently in Science.

The OHSU team used cryo-electron microscopy to look at the detailed architecture of AMPA receptors, molecules in the brain associated with mood, memory, learning, and behavior. The receptors are activated by the neurotransmitter glutamate, a fundamental signaling molecule in the brain, and carry signals throughout the nervous system.

PNNL scientists Adam Swensen and Wei-Jun Qian performed mass spectrometry experiments that allowed the team to reconstruct the molecular structure of the AMPA receptor much more accurately than was possible with the cryo-EM data alone.

The new research marks an important step toward understanding the structure and behavior of the brain in healthy people and compared to those with neurodegenerative diseases like Alzheimer’s, Parkinson’s, or Huntington’s disease.

“These are the fundamental electrical switches of the brain,” said senior author Eric Gouaux, Ph.D., senior scientist at the OHSU Vollum Institute and an investigator for the Howard Hughes Medical Institute. “If these switches don’t work right, then the brain doesn’t function. It can lead to seizures, memory loss, and neurodegenerative conditions like Alzheimer’s disease.”

The new discovery comes thanks to PNNL’s longstanding strength in mass spectrometry coupled with cryo-EM, which enables scientists to see molecules with striking clarity. Using cryo-EM, scientists can see the individual atoms in a molecule or protein and can witness how networks of molecules are organized in fine detail. In this research, the mass-spec work was crucial in quantifying the components of the complex receptor, a necessary step to understand the receptor’s structure.

The work is part of a broad PNNL-OHSU collaboration called PMedIC, or Precision Medicine Innovation Co-Laboratory. The two institutions work together to improve patient care by focusing research on highly complex sets of biomedical data and the tools to interpret the data. It’s an important step in the realm of precision medicine – and approach to disease treatment that takes into account individual variability in genes, environment, and lifestyle.

OHSU and PNNL scientists also work together in cryo-EM through the Pacific Northwest Center for Cryo-EM, one of three national cryo-EM centers created last year by the National Institutes of Health.

Other authors of the work, which was funded by the National Institutes of Health, are Yan Zhao and Shanshuang Chen at OHSU. The mass spectrometry experiments were done at EMSL, the Environmental Molecular Sciences Laboratory, a Department of Energy Office of Science user facility located at PNNL.