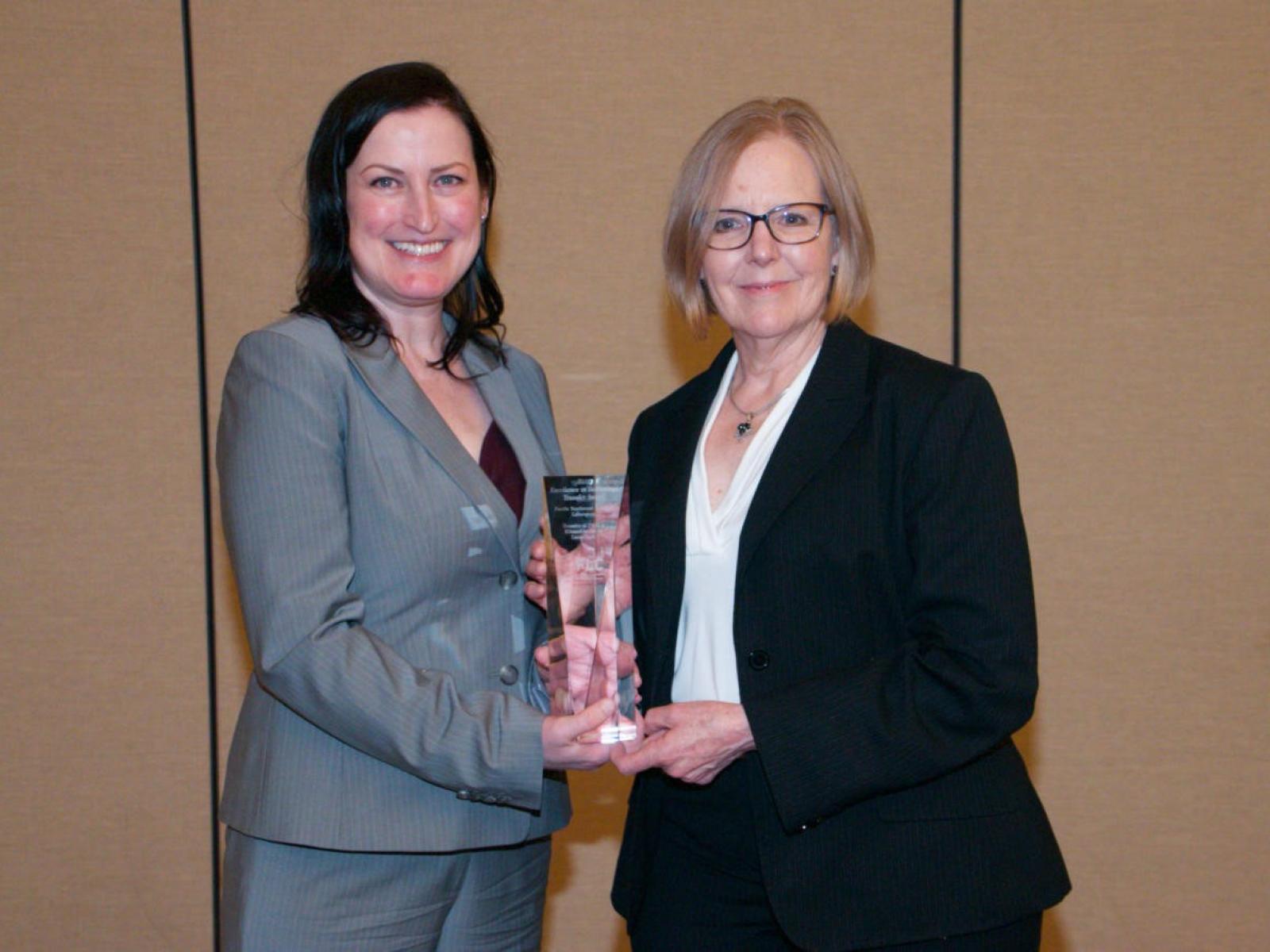 Research and commercialization collaborators from PNNL and LanzaTech were honored with a Federal Laboratory Consortium (FLC) Award for Excellence in Technology Transfer at the FLC national meeting in Orlando.

The award ceremony was held April 24.

The award recognizes the technology transfer partnership between the national lab and the Chicago-based company to develop—and then commercialize—an ethanol based synthetic paraffinic jet fuel that can use any sustainable ethanol as a feedstock.

A Partnership that Fuels Success

In 2008, PNNL began investigating the catalytic chemistries needed to convert sustainable feedstocks into fuel. The laboratory joined forces with LanzaTech in 2012, and the technology was licensed by LanzaTech in September 2018.

LanzaTech scaled up and demonstrated the process, produced thousands of gallons of the jet fuel samples, and spearheaded the fit-for-purpose process for approval of the ethanol-based synthetic paraffinic kerosene jet fuel pathway for aviation use (as part of ASTM D7566 Annex A5 “alcohol-to-jet synthetic paraffinic kerosene”—or ATJ-SPK).  On April 1, 2018, ASTM added ethanol-based ATJ- SPK at up to a 50% blend level with conventional jet fuel to its standards.

“Working with an industrial partner, like LanzaTech, early in the development process helped focus our researchers on the right questions,” said PNNL’s John Holladay, co-director of the Bioproducts Institute.

The work paid off. On October 2, 2018, the effort culminated in a first commercial flight with Virgin Atlantic using the sustainable fuel—in a 747 aircraft from Orlando to London.

Fueling the Future of Jet Travel

Looking to the future, LanzaTech plans commercial-scale production by the millions of gallons by 2020.

It’s a bright promise for the aviation industry. With this new technology, high-quality sustainable aviation fuel can be made from low-cost resources such as cellulosic residues, industrial waste gases, and municipal waste. As supplies grow, this sustainable aviation fuel will help to replace the 25 billion gallons of conventional jet fuel per year typically used by commercial aircraft.

It will also help to hedge against the high cost of jet fuel in the future, which currently comprises 20 to 30 percent of airline operating costs—since it will not be wholly dependent on oil prices.