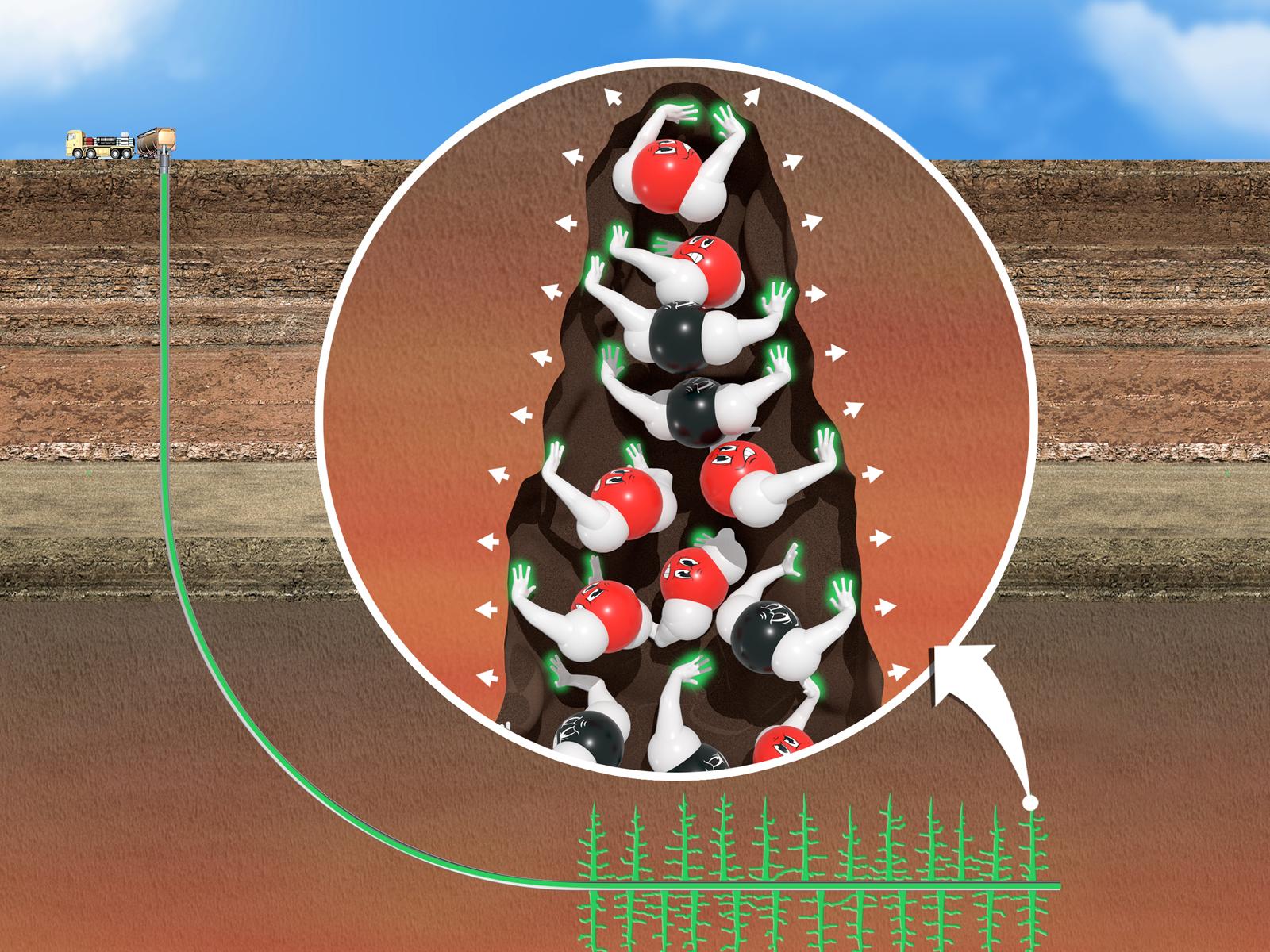 PNNL recently published findings in the American Chemical Society journal Sustainable Chemistry and Engineering about two processes that confirmed the potential of StimuFrac.™

Geothermal power is a reliable energy source with tremendous potential that captures heat below the Earth’s surface and turns it into electricity.

While it is relatively easy to find high-temperature rocks, it is challenging to find geologic formations that can be developed into sustainable reservoirs. A mechanical process called hydraulic fracturing creates a network of fractures through high-pressure fluid injection into the deep target rock formations, allowing heat transfer from the rock to the injected fluid.

Current fracturing fluids used in enhanced geothermal systems (EGSs) are costly and inefficient for the temperature conditions. Conventional fluids used in the oil and gas industry also require large volumes of water and may pose risks to groundwater.

"After six years since the conception of this technology, we now know how it works,” PNNL chemist Carlos A. Fernandez said. "We knew the benefits of StimuFrac but didn't understand the mechanism for fracturing at lower pressures compared to the conventional fluids until now.”

StimuFrac involves pumping a water-based solution of polyallylamine into the ground. It is then combined with injected carbon dioxide and forms a hydrogel. The resulting volume expansion creates pressure that causes rock fracturing. StimuFrac could reduce operating costs by 60 percent by using significantly less water and less pumping energy in comparison to conventional fracturing methods.

The researchers confirmed the two processes by conducting a series of experiments using fracturing fluids on fused silica, which has homogeneous “rock-like mechanical properties” as described by PNNL geologist Delphine Appriou, and on rock samples from an EGS site in California.

Varun Gupta, a PNNL computational scientist, used modeling based on the finite element method to determine the pressures required to fracture fused silica. The team observed a reduction of injection pressure required to generate fractures under conditions where volume expansion occurs. StimuFrac consistently fractured fused silica at 30 percent lower pressures than the conventional fluids, according to the published findings.

In one of the processes, the researchers established that overpressure generated by the CO2-triggered volume expansion of the water-polymer solution was responsible for the observed more efficient fracturing. The value of overpressure was then determined using innovative high-pressure mixing vessel developed by the team.

In the second process, the StimuFrac fluid penetrated rock at lower pressures to fracture the rock. The lower pressure means it is a less energy-intensive and relatively inexpensive fracturing process, Fernandez reported.

Researchers are now evaluating different injection strategies in foot-scale rock samples to identify injection strategies that show promise for potential field deployment. PNNL is seeking industrial partners to transition this technology to the field within the next two years, Fernandez said.