PNNL Contributes to the Global Search for Dark Matter 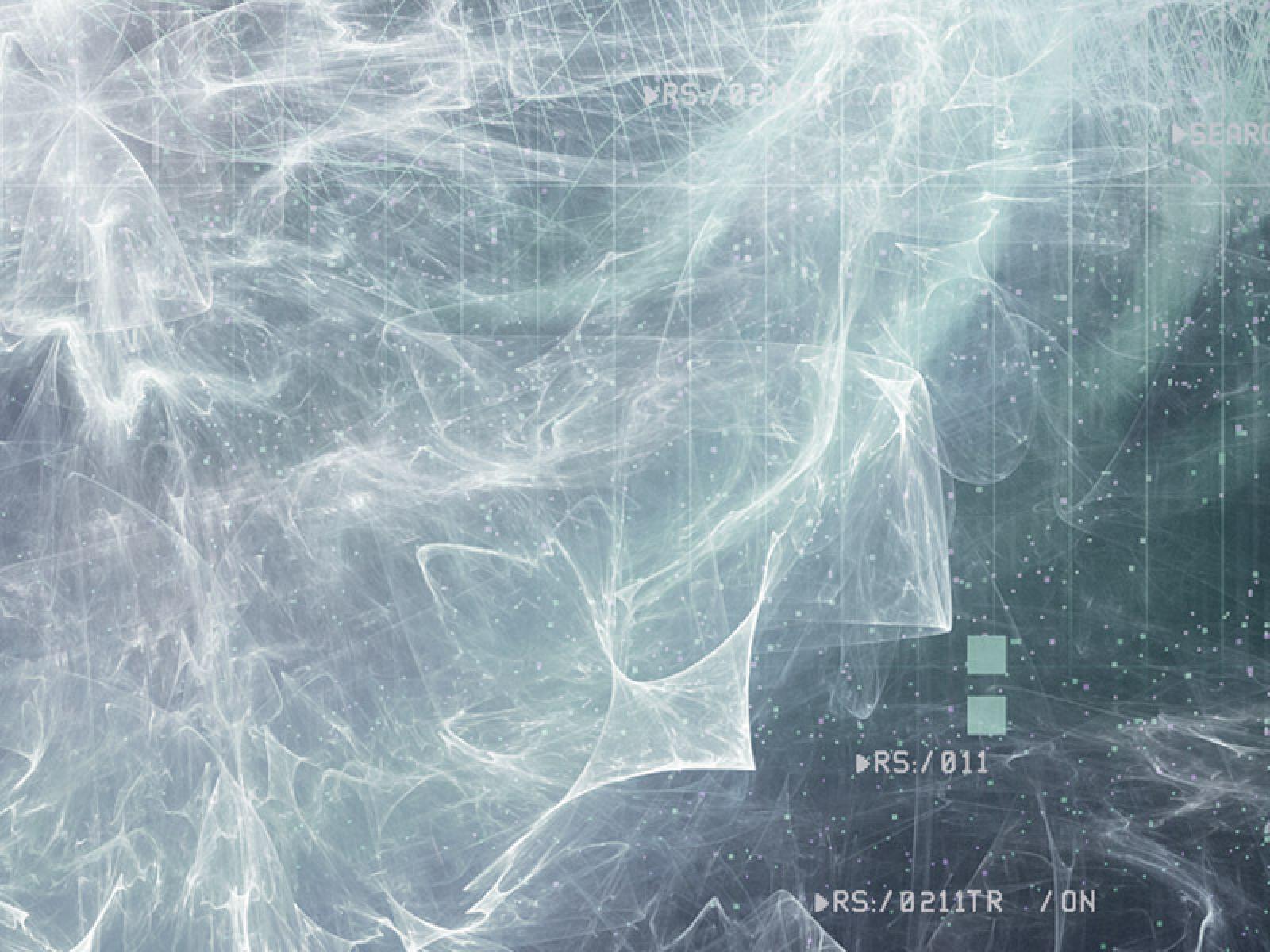 The Search for Dark Matter

B3? E4? Remember the board game Battleship?

One player suggests a set of coordinates to another, hoping to find the elusive location of an unseen vessel.

That is a good place to start in assessing the search for dark matter.

PNNL physicist Christian Boutan, in fact, even uses the analogy when explaining his own dark matter research.

The big difference, though, is that a plastic toy battleship may be found in a half hour, give or take a few minutes. And the search for dark matter?

It has been nearly 90 years since Swiss astronomer and physicist Fritz Zwicky noted that single galaxies were moving too fast for the cluster to remain bound together. Zwicky said something else, something he called dark matter, could be at play. And the search for dark matter has been under way in earnest for the past 30 years. Teams of scientists have developed ultrasensitive instruments in an attempt to detect dark matter, subjecting experiments to extreme cold and sending physicists into ultra-deep mine shafts in the process. The search continues.

Observations of galaxies, galaxy clusters, distant supernovae, and cosmic microwave background radiation tell us that just under 85 percent of matter in the universe is dark matter. Dark matter may be made of elementary particles that interact only weakly with the normal matter described by the Standard Model of particle physics. The nature of these particles remains unknown. Current models suggest dark matter might consist of weakly interacting massive particles (WIMPs) that scatter like billiard balls off normal matter, or perhaps axions and axion-like particles (ALPs) that behave more like a wave, interacting with electromagnetic fields to produce photons. Deciphering the nature of dark matter would be of fundamental importance to cosmology, astrophysics, and particle physics.

Researchers at PNNL are responsible for developing, building, and deploying devices critical to the hunt for this mysterious unknown. The following three projects recently funded by the Office of High Energy Physics, within the U.S. Department of Energy’s (DOE’s) Office of Science, highlight its most promising coordinates.

The Hunt in Canada

WIMPs are one of several candidates that might make up dark matter. PNNL physicist John Orrell is among those working on the Super Cryogenic Dark Matter Search (SuperCDMS). Scientists at PNNL have played an important role designing the SuperCDMS detector and they continue to analyze materials used in the detector to improve its sensitivity. The search is methodical.

In the experiment, silicon and germanium crystals are cooled to near absolute zero—all the better to damp out thermal noise. SNOLAB, the name of the lab where the work is conducted, is located near the Canadian city of Sudbury, Ontario. SNOLAB is situated slightly more than a mile underground—in a nickel mine—to shield it from high-energy cosmic ray particles and radioactive decay byproducts.

“We monitor them for very small amounts of heat energy that gets deposited in them,” Orrell says of the silicon and germanium crystals. “That either comes from radiation in the environment or potentially dark matter particles that we’re searching for.”

The DOE recently funded a project led by PNNL for research related to the same detector technology buried deep in that Canadian mine. PNNL physicist Ray Bunker, who also works on SuperCDMS, will be leading this new effort working with Orrell and collaborators at MIT, MIT Lincoln Lab, and Texas A&M University.

The quantum experiment is looking to see “how energy is coupled between the device and its environment,” Orrell says. “And this is very similar to the sorts of concerns and challenges we have when building detectors like SuperCDMS. While the search for dark matter is a long-term process of elimination, we may be able to use our expertise in ultra-low temperature sensors to benefit the development of superconducting quantum computing devices.”

Searching at the University of Washington

At the University of Washington (UW), a search is under way for a different type of potential dark matter particle called an axion. Using a resonant cavity inside a large superconducting magnet, which is then connected to an ultra-low noise radio receiver, scientists at the Axion Dark Matter eXperiment (ADMX) at the Seattle campus think they are on the right path to tracking down the elusive particle.

“A dark matter axion is a very weakly coupled particle that will take longer than the age of the universe to decay into two photons,” says Boutan, a physicist who worked in the UW lab for six years before joining PNNL. “They're not going to interact with normal matter under normal conditions. How do you detect something that, practically speaking, doesn’t interact with other things?”

That is where the ADMX comes into the picture. The detector is a supercooled copper cylinder lowered into a large superconducting magnet that acts as a tuner, searching for the frequency that would make axions convert into a barely detectable signal. The recently funded upgrade, managed by the Fermi National Accelerator Laboratory (Fermilab) in Batavia, Illinois, is designed to enhance its frequency-finding capability. The device would, in theory, turn the axions into photons—particles of light.

PNNL physicists are responsible for developing, building, and deploying a “cavity locking system,” which will quickly tune future arrays of multiple microwave cavities to the same frequency. They also recently installed a revamped “Synthetic Axion Generator.” The PNNL research team, which in addition to Boutan, also includes physicists Noah Oblath and Matthew Taubman, engineers Mark Jones and Jonathan Tedeschi, and postdoc Benjamin LaRoque, are now testing the system by injecting signals that look like an axion through the experiment in Seattle without telling the rest of the team. These false test signals help verify the signal path integrity, help the team understand the sensitivity of the experiment, and ensure that realistic axions will be detectable in the presence of system noise.

“If axions are real,” Boutan says, “they’re all around us.”

Because several candidates for dark matter haven’t produced the expected signals, physicists are also expanding their search. New thinking suggests dark matter might be made of particles lighter than that of a proton or neutron, but capturing signals from lighter particles means designing a new kind of sensor.

Scientists at PNNL have joined an effort to build a specialized “camera” that uses the same basic imaging technology as a cell phone camera to detect dark matter signals. Instead of capturing light and converting it to a digital picture, this new sensor will be trying to capture and record dark matter signals.

The research team draws on PNNL’s reputation and expertise in developing the exceptionally pure materials required for the new dark matter sensors.

“Radioactive decays can mimic dark matter signals,” says Richard Saldanha, a PNNL physicist who is contributing to the research study. “They can flood a detector with background noise and make detection impossible. PNNL is developing and testing materials to help design a system with 10 times lower radioactivity than existing detectors. This should greatly reduce the backgrounds and allow for an extremely sensitive search for dark matter.”

Physicists at Fermilab, University of Chicago, and UW are designing the devices with PNNL. Scientists at Stony Brook University are contributing new theories that will help guide the search for the candidate dark matter particles.

It’s a multi-tiered exploration, this search for dark matter. But with a bevy of researchers arrayed on one side of the board, physicists believe they’ll win this game of Battleship, Dark Matter Edition.