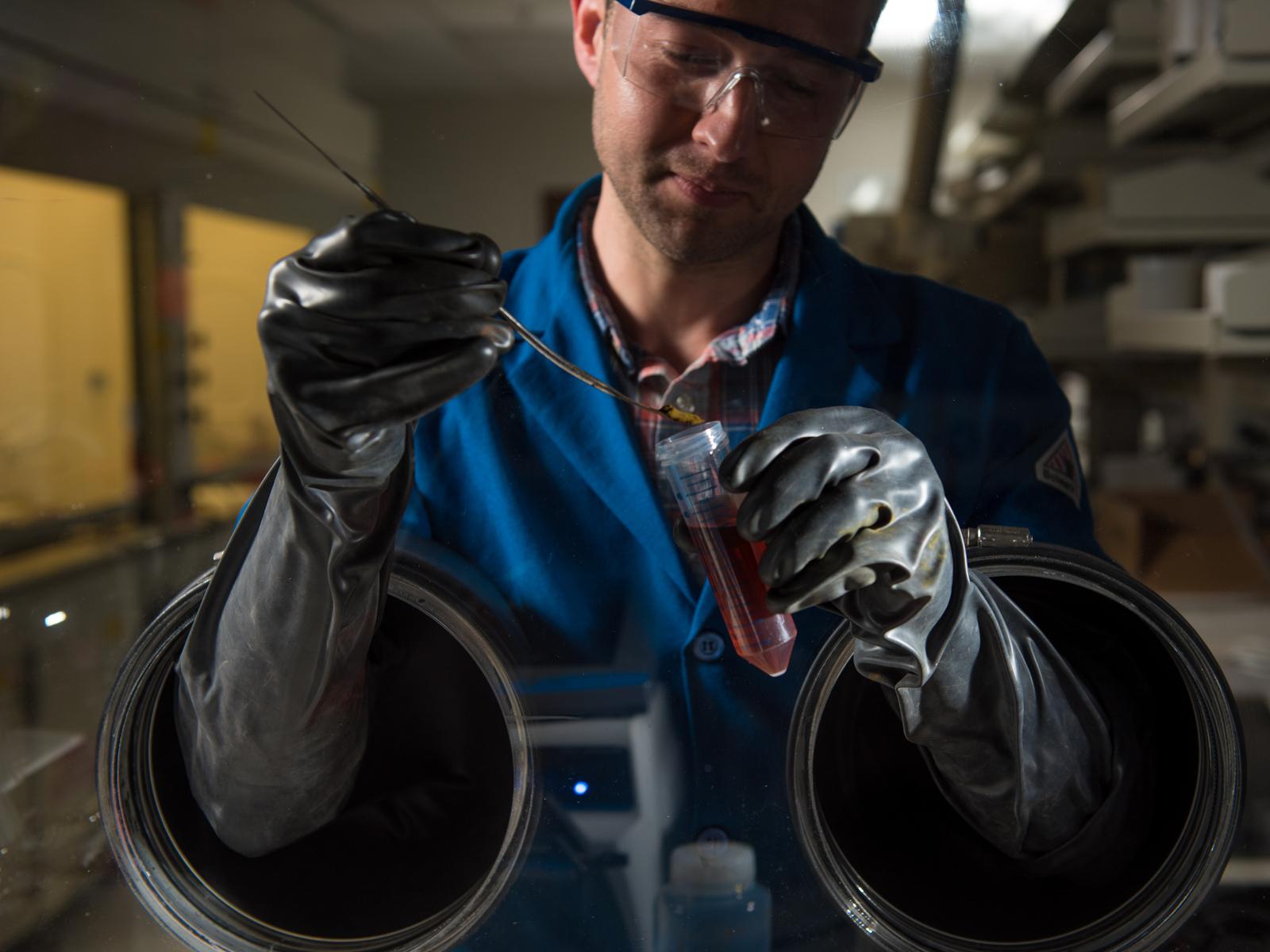 An organic molecule used in dyes and antibiotics may be the key to less expensive, more efficient redox flow batteries. Scientists at the Department of Energy's Pacific Northwest National Laboratory developed a highly reversible, water soluble material based on phenazine. The compound could serve as an alternative to vanadium, which is used in grid-scale batteries to store electricity.

PNNL researchers developed the material in an effort to reduce the cost of redox flow batteries. Currently, many commercial redox flow batteries use a vanadium-based electrolyte. Vanadium is primarily used in steel making and as commodity materials, its costs can vary based on supply and demand. To overcome these cost constraints, PNNL scientists have developed a new phenazine-based material as an alternative to vanadium as described in Nature Energy.

The results are promising. We have not only developed a viable alternative to vanadium, we have developed a structured, virtual screening approach that will help us identify new promising materials.

"This is a major development for organic flow batteries," said Imre Gyuk, Director of Energy Storage at DOE's Office of Electricity which supported this work at PNNL. "There is much interest around the potential for water soluble, organic redox materials as an alternative to vanadium-based batteries. However, the problem is getting the materials to actually dissolve in water and maintain the desired electrochemical properties."

The PNNL research team, led by chief scientist Wei Wang, knew that phenazine — a naturally occurring compound — possesses the needed redox reactions; but, was not water soluble. So, PNNL researchers developed a method of chemically modifying phenazine, producing a water-soluble derivative that also optimizes its redox properties. When dissolved in the electrolyte solution, the team found 90 percent of the dissolved phenazine available to carry energy.

According to Wang, modifying the phenazine is straightforward and scalable. While the team still needs to conduct a cost analysis, phenazine precursor chemicals are readily available and inexpensive.

"The results are promising," said Wang. "We have not only developed a viable alternative to vanadium, we have developed a structured, virtual screening approach that will help us identify new promising materials."

PNNL will continue testing a phenazine-based anolyte (negative electrolyte) and plans to develop a corresponding catholyte (positive electrolyte). Combined, the solutions could lead to new type of redox flow battery.

The work was funded by the DOE's Office of Electricity with mass spectrometry, nuclear magnetic measurements, and theoretical calculations performed at EMSL, the Environmental Molecular Sciences Laboratory, a DOE Office of Science User Facility at PNNL.