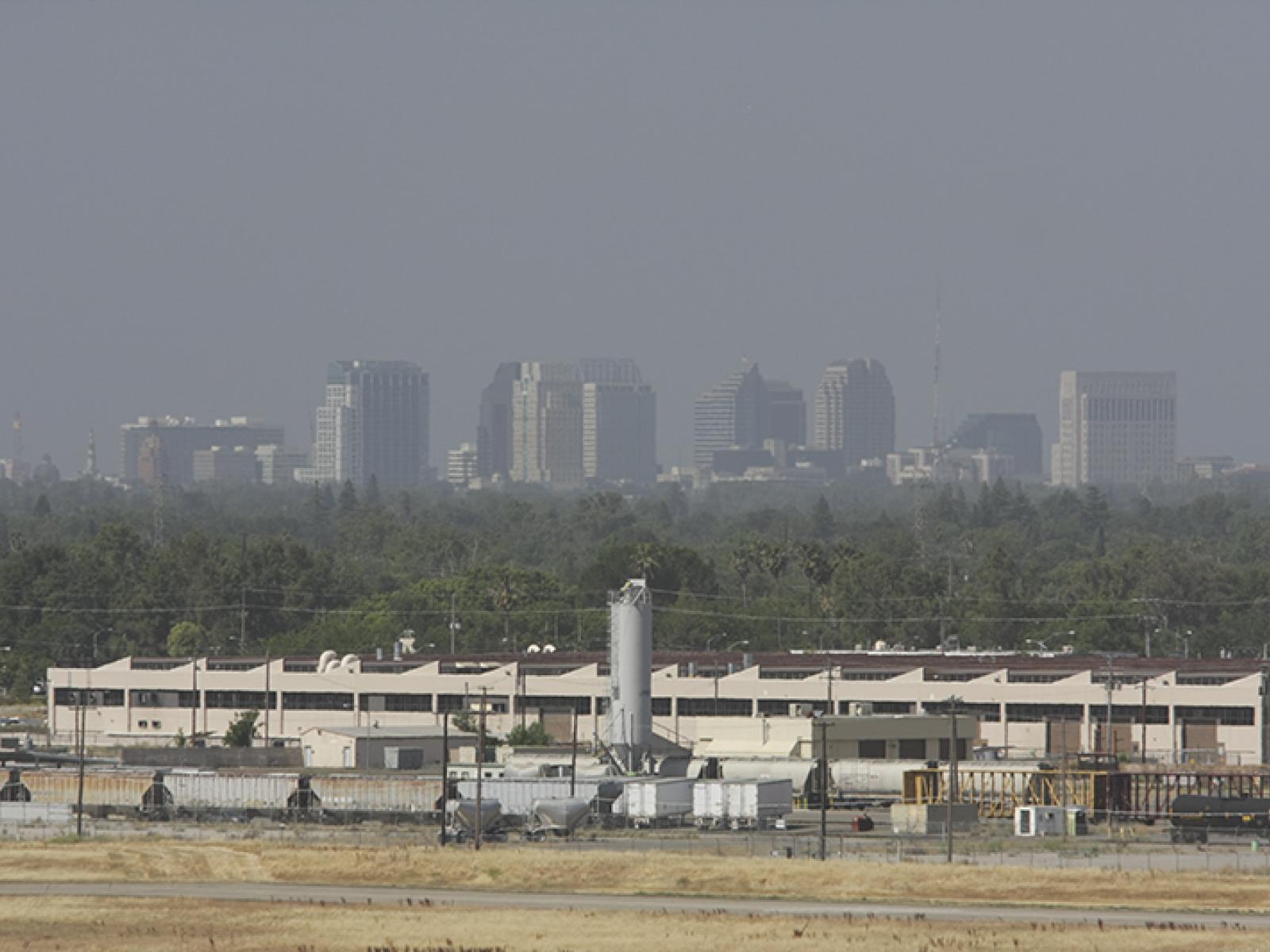 The 2010 Carbonaceous Aerosol and Radiative Effects Study (CARES) explored the evolution of atmospheric particles, or aerosols, as they traveled through a rural/urban air transport region in central California. Haze that obscured the Sacramento skyline provided more aerosols for researchers to study.

In the atmosphere, individual soot particles emitted from human activities often encounter and combine with organic material, forming soot-containing particles. A research team led by scientists from the U.S. Department of Energy's (DOE) Pacific Northwest National Laboratory and Michigan Technological University established a link between the viscosity of the organic material and its distribution within the soot-containing particle. This mixing configuration is important because it alters the particles' ability to absorb and scatter solar radiation.

Soot particles strongly absorb solar radiation, and therefore, affect Earth's energy balance. However, their optical properties strongly depend on how the individual soot particles mix with other particles in the atmosphere (internal mixing).

This study identified the viscosity of organic matter in the atmosphere as a key factor that influences the distribution of organic matter within soot-containing particles. These findings will improve aerosol models that predict the mixing state of soot via condensation and coagulation processes, thereby improving radiative forcing calculations and climate predictions.