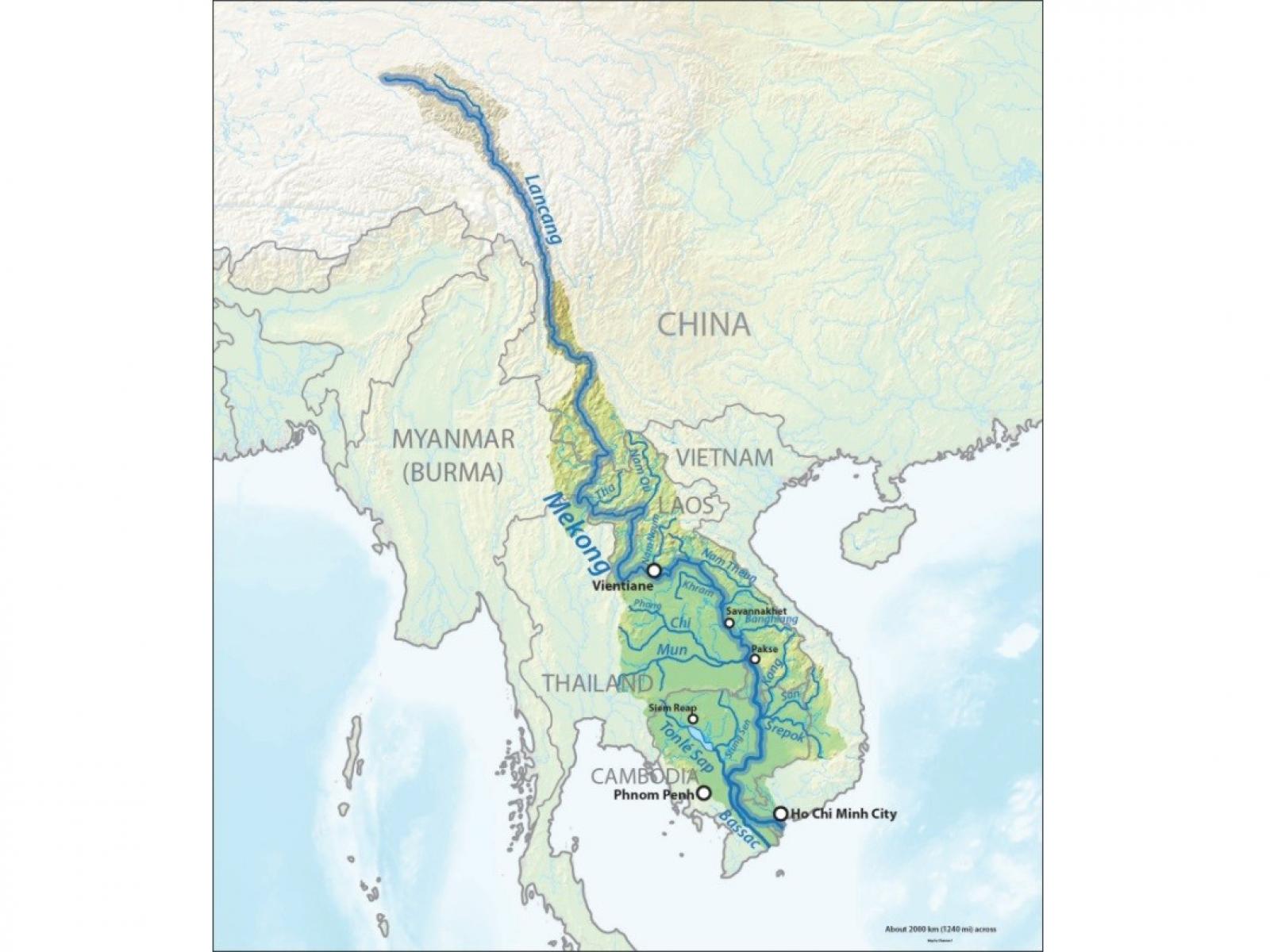 The Lancang-Mekong River starts in China and goes through six Asian countries before reaching the South China Sea.

The Lancang-Mekong River originates from the Tibetan Plateau in China and flows through six Asian countries before discharging into the South China Sea. Researchers including a scientist at the U.S. Department of Energy's Pacific Northwest National Laboratory projected more frequent and bigger flood events in the Lancang-Mekong River Basin in a warmer climate. The study showed that dams could reduce flood risk, particularly in the upper basin, where larger reservoirs would be located. When model simulations combined effects of climate and reservoir regulation, flood risk decreased in the upper basin, but the lower basin still faced a risk of larger and more frequent floods.

Water resources management, particularly flood control, in the Lancang-Mekong River Basin faces two key challenges in the 21st century: climate warming and dam construction. To meet the demand for water resources and energy from a rapidly growing population and economy in the region, as many as 261 hydropower dams are under construction or planned, which would inevitably alter the streamflow. At the same time, warming might lead to precipitation changes, an earlier peak snowmelt season, and increased flood risk. Understanding the relative influence of dam construction and climate on floods is important for future flood risk planning and management in the river basin.

In this study, researchers investigated the relative effects of a warming climate and dam construction on the flood characteristics in the Lancang-Mekong River Basin. They used a large-scale distributed Geomorphology-Based Hydrological Model coupled with a simple reservoir regulation model. Simulated warming led to a projected overall change in precipitation characteristics within the basin. Although the annual mean precipitation displayed both increases and decreases, model simulations showed that the 95 percent and 99 percent extreme daily precipitation would increase everywhere in the basin, with the upper basin showing larger increases of 20 percent by the end of the 21st century. Projections also showed that warming would intensify flood risk. Flood frequency increased at a higher rate (10-140 percent) than flood magnitude (5-55 percent), with more severe effects in the upper basin than in the lower basin.

On the contrary, stream regulation by dams reduced flood risk consistently throughout the 21stcentury, with more obvious benefits in the upper basin, where larger reservoirs would be located. Before 2060, reduced flood risk from dam regulation prevailed over the flood intensification effect of warming. However, after 2060, warming became more prominent and dominated the flood risk, especially in the lower basin. Overall, reservoir regulation controlled the flood characteristics in the upper basin, while a warming climate controlled the flood characteristics in the lower basin. Hence, the lower basin would need additional measures to reduce flood risk due to future warming.