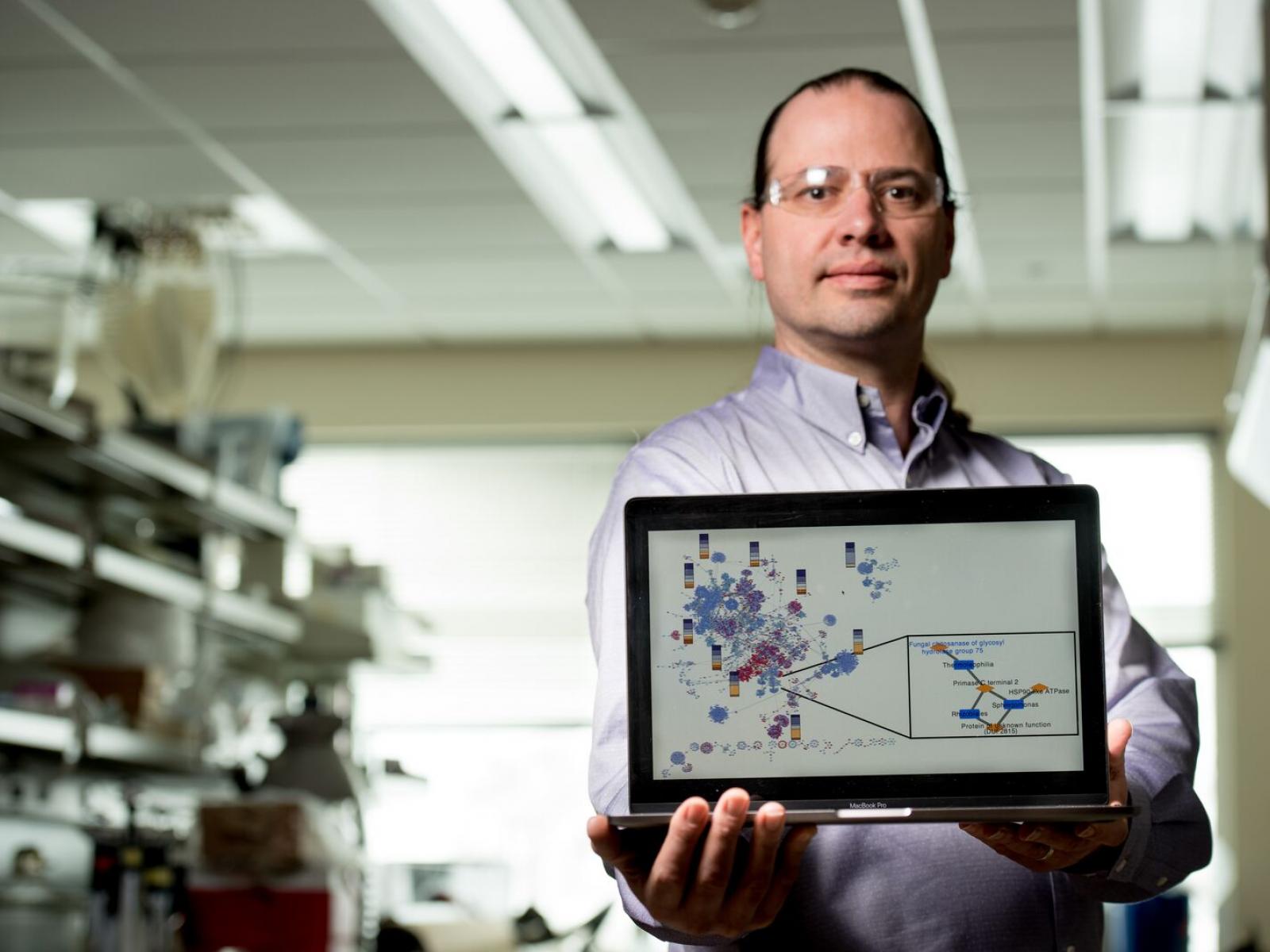 Jason McDermott brought his expertise studying networks of complex molecular relationships to a study analyzing genetic activity in people who were on simulated night shift or day shift schedules.

Night shift work disrupts the natural 24-hour rhythms in the activity of certain cancer-related genes, making workers more vulnerable to damage to their DNA while at the same time causing the body’s DNA repair mechanisms to be mistimed to deal with that damage, according to new findings.

The study, led by scientists at Washington State University Health Sciences Spokane and published in the Journal of Pineal Research, offers clues why night shift workers are at higher risk of developing certain types of cancer than those who work regular daytime schedules.

WSU scientists worked with a Pacific Northwest National Laboratory bioinformatics team led by Jason McDermott to study the potential involvement of the biological clock in the health issues sometimes experienced by night shift workers. The study involved a controlled laboratory experiment that used healthy volunteers who were on simulated night shift or day shift schedules.

“The findings suggest that night shift schedules throw off the timing of expression of cancer-related genes in a way that reduces the effectiveness of the body’s DNA repair processes when they are most needed,” said McDermott, who was joined in the study by PNNL colleagues Osama Arshad, Hugh Mitchell and Justin Teeguarden.