A detailed analysis of blood samples from Ebola patients in Sierra Leone is providing clues about the progression of the effects of the Ebola virus in patients and potential treatment pathways. 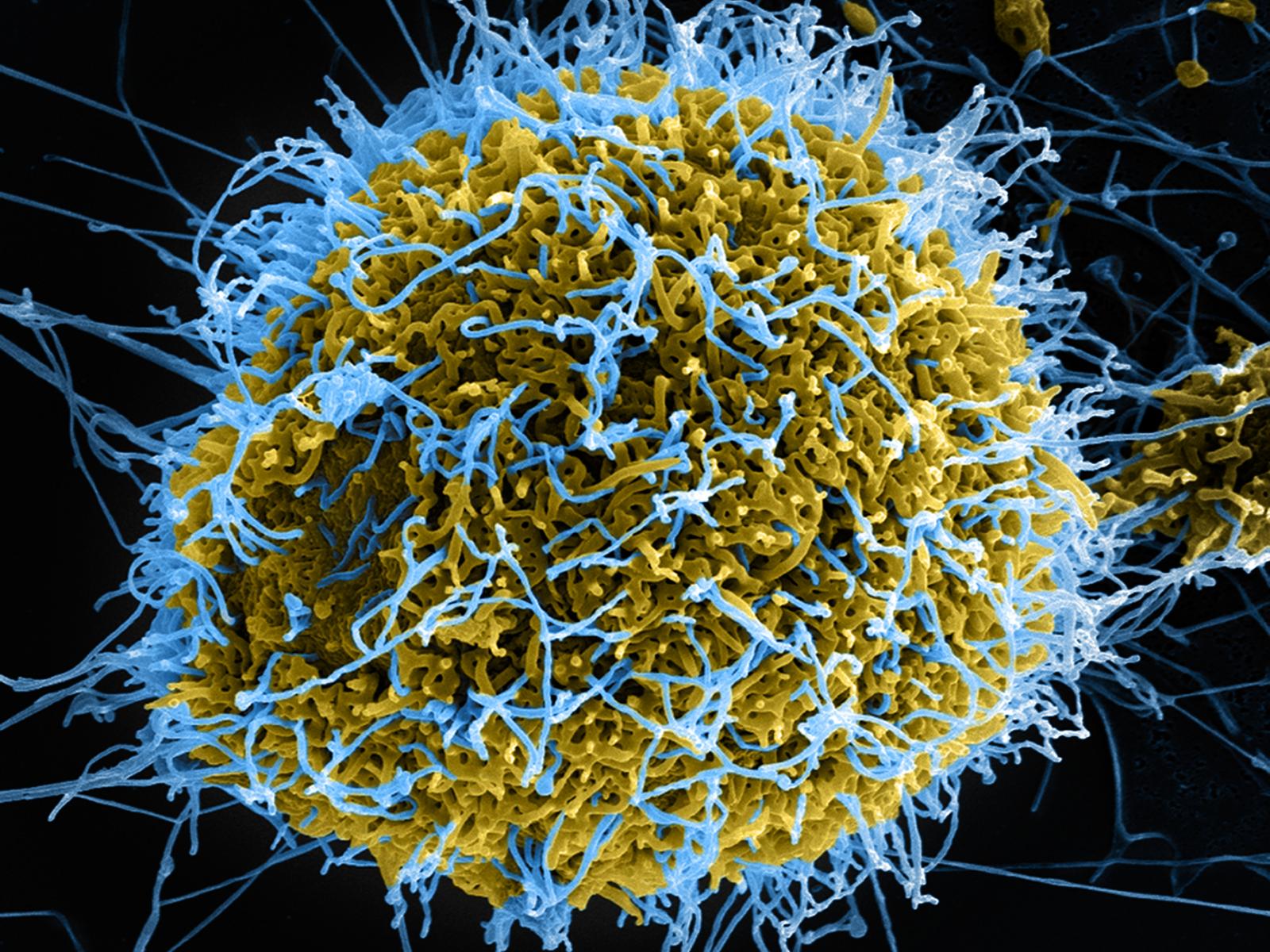 RICHLAND, Wash. — A detailed analysis of blood samples from Ebola patients in Sierra Leone is providing clues about the progression of the effects of the Ebola virus in patients and potential treatment pathways. A manuscript discussing the work, led by scientists at the Department of Energy's Pacific Northwest National Laboratory, was published today in the Proceedings of the National Academy of Sciences.

The findings point to a critical role for a molecular pathway that relies on the common nutrient choline, as well as the importance of cellular bodies known as microvesicles.

"There's a lot more research to be done - these are preliminary results based on a small number of samples," said PNNL scientist Jennifer Kyle, first author of the paper. "We do hope these results will someday benefit patients."

The results are based on the lipids, or fats, in the blood of people infected with Ebola, comparing the detailed lipid composition in patients who survived the illness to those who died and to people who were never infected. The study included blood samples from 11 patients who survived infection, nine who died, and 10 healthy volunteers. The patient samples were from people in Sierra Leone who were infected with Ebola during an outbreak from 2014 to 2016, an event that caused more than 11,000 deaths in West Africa. The recent re-emergence of Ebola in the Democratic Republic of Congo reinforces the need for approaches to manage this disease.

The team identified and quantified 423 separate molecular species of lipids, which are essential to everyday life. They serve as raw materials for our cell membranes - structures that keep our body's cells intact - and as signaling molecules and energy sources.

The team found major differences in "the lipidome" or collection of lipids between people who lived, who died, and who were never infected. Among the differences:

Making sense of the findings - PCs and health, PS lipids and disease

PC lipids, found at higher levels in survivors, are made in the liver - a prime target of Ebola - and are a critical component of larger molecules known as lipoproteins. A vital component of PC lipids is choline, a common nutrient. A person deficient in choline has more DNA and cell damage, impaired liver and muscle function, and other symptoms. The scientists suggested that future studies explore the possibility of nutritional choline supplementation to improve liver function in infected patients.

With the PS lipids - found in higher levels of patients who died - the scientists noted that these molecules can spur cells to die, a process that happens in the spleen, liver and kidneys of patients, and that the virus relies on these molecules to replicate in the body. These lipids are also associated with cellular structures known as microvesicles, which can harm patients. Based on the PS findings, the team suggests that aggressive blood filtration to remove microvesicles is an option.

"We have a lot of information about lipids; now we need to understand what those lipids are telling us. They have great stories to tell," said Kyle.

"Lipid levels are one way of understanding exactly what a virus is doing in its environment - whether in early Earth history, or in the body during an infection," added Kyle, who began her lipids studies as a geomicrobiologist looking for signatures of life in extreme environments.

In November 2017 the same team published a study in Cell Host & Microbe that identified a handful of biomarkers which indicate the outcome of infection in patients. That work was based on the same set of blood samples, in which the virus was inactivated according to approved protocols before the samples were studied at PNNL.

Funding for the PNNL portion of the work came mainly from the National Institute of Allergy and Infectious Diseases (grant U19AI106772). Other funders include the Ministry of Education, Culture, Sports, Science and Technology of Japan (grants 16H06429, 16K21723, 16H06434); the Emerging/Re-Emerging Infectious Diseases Project of Japan; and the National Institute of General Medical Sciences (grant P41 GM103493).

Additional PNNL authors include Thomas Metz, who along with Kyle is a corresponding author of the study, as well as Kristin Burnum-Johnson, Jason Wendler, Richard Smith, and Katrina Waters. Authors from the University of Wisconsin-Madison include Amie Eisfeld, Peter Halfmann, and Yoshihiro Kawaoka. Tokiko Watanabe from the University of Tokyo and Foday Sahr from the 34thRegimental Military Hospital at Wilberforce in Sierra Leone also contributed.