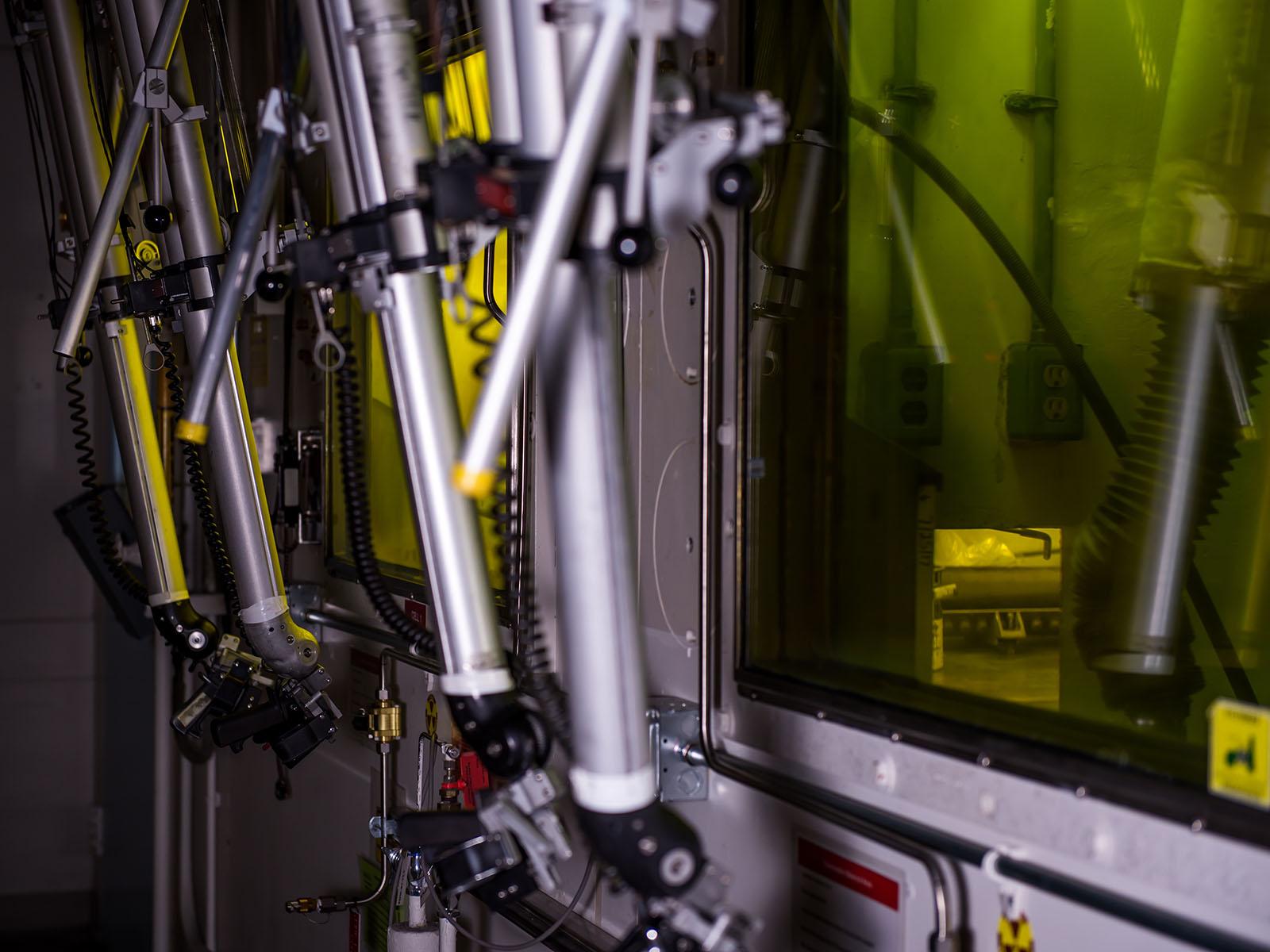 In a world that is increasingly paying attention to the need to reduce, reuse, and recycle, the nuclear power industry may be in for a boost.

Researchers from PNNL and Argonne National Laboratory have developed and tested a new chemical process that successfully captures certain radioactive byproducts from used nuclear fuel in one step instead of two. These hazardous byproducts—actinides such as americium, curium, and neptunium—could be sent to advanced reactors to be destroyed while also being used to produce more electrical power.

In laboratory tests with simulated dissolved nuclear fuel, the researchers’ actinide-lanthanide separation, or ALSEP, process separated nearly 100 percent of the target byproducts from the waste stream. The results were validated in small batch tests with genuine used nuclear fuel.

“The successful tests give us confidence that the process can be implemented in an industrial setting and that there’s nothing funky in the fuel that would mess with the chemistry,” said Gregg Lumetta, a PNNL lab fellow and principal investigator for the team’s ALSEP research.

Actinides, on the other hand, are inherently radioactive and most of them are manmade. Because of their long half-lives and the heat generated during their radioactive decay, these byproducts pose most of the long-term risks associated with disposal of used nuclear fuel.

The so-called major actinides—uranium and plutonium—hold about 95 percent of the power-producing potential in the used nuclear fuel byproducts. Technology for extracting and recycling these two major elements has been around since the 1950s.

To recycle the remaining actinides into the nuclear fuel cycle, they must be separated from the lanthanides, which interfere with the nuclear fission process. The research team focused on a way to extract the minor actinides left in the process liquids, or raffinate, after removing the uranium and plutonium.

The key to the ALSEP process is the right chemical combination of two extractants—one neutral and one acidic.

It took the researchers about four years and numerous iterations with six different combinations of neutral and acidic extractants to find the right recipe. With decontamination factors over 1000 and more than 99.9 percent recovery of the minor actinides, Lumetta said it was clear when they found the right combination.

“It doesn’t take long to see the potential; the math tells you everything you need to know,” Lumetta said.

While the engineering scale of solvent extraction is very well understood, a new chemical process can’t be just dropped in. Not only must the chemistry work in the laboratory, it must work under industrial conditions.

At Argonne, researchers performed tests with a simulant, spiked with key radionuclides, in a prototype industrial setting. The researchers used devices known as centrifugal contactors to mix and separate the water-based and oil-based solutions.

Art Gelis, now at the University of Nevada Las Vegas as an associate professor and director of the radiochemistry program, led the testing at Argonne. He said that although the test equipment was much smaller than what industry would use, results indicated great promise for scaleup given the maturity of solvent extraction engineering and operations.

In addition to simplifying the approach to fuel management, the team’s extraction concept could lead to a simplified means of reusing the byproducts from the nuclear fuel cycle. Closing the loop on this cycle could expand the use of low-carbon nuclear power by improving the use of uranium resources. It could also help optimize disposal options for the low-value byproducts from nuclear fission.