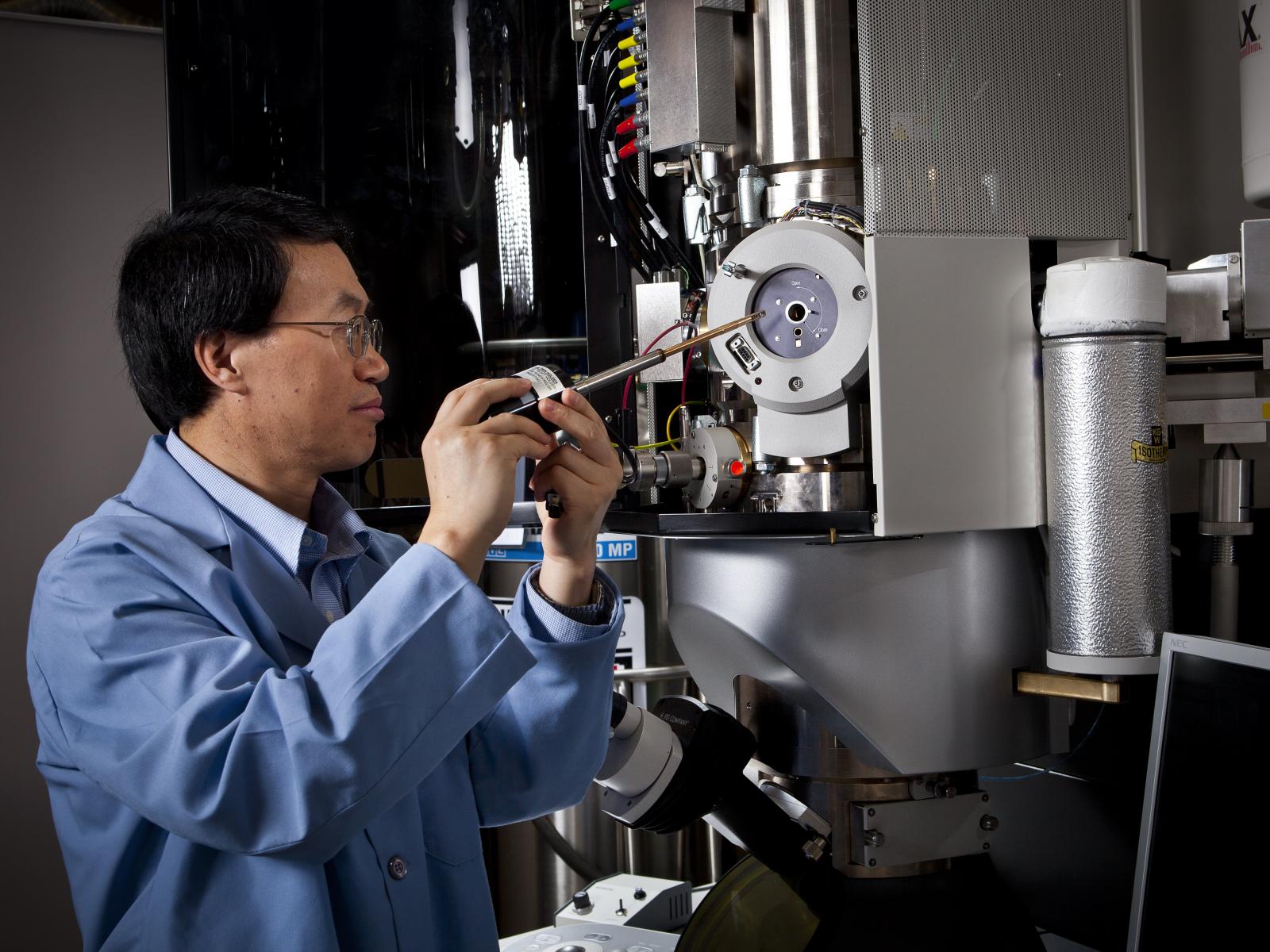 Scientists at PNNL have uncovered a molecular game of musical chairs that hurts battery performance.

In an article published in Nature Nanotechnology, the researchers demonstrate how the excitation of oxygen atoms that contributes to better performance of a lithium-ion battery also triggers a process that leads to damage, explaining a phenomenon that has been a mystery to scientists.

The research pinpoints the science behind one barrier on the road to creating longer-lived, higher-capacity rechargeable lithium-ion batteries. It’s an unexpected finding about a process that takes place every day in the batteries that power cell phones, laptop computers, and electric cars.

The downside to oxygen

Controlling how molecules fit together and flow is crucial to a battery’s ability to store and release energy. In a lithium-ion battery, the charging process includes the flow of lithium ions from the cathode through the electrolyte to the anode. Upon discharging, those same ions make a return trip to the cathode, where they should settle back into their assigned positions in a strictly regimented lattice where other atoms, such as oxygen, nickel, cobalt and magnesium, also reside. This constant back and forth is what allows the battery to store and release energy.

To boost this process, scientists increase the flow of lithium from the cathode by using oxygen as a donor of electrons, but this results in “excited” oxygen atoms that can wreak havoc in the carefully constructed cathode. The PNNL team discovered that these oxygen molecules are mischief makers: They are very mobile and are likely to escape from the surface, leading to less capacity and eventually to battery failure, and they swap molecular positions with ease, stressing the structure of the battery.

“The oxygen atoms offer electrons, and that increases capacity. But there’s a cost to be paid; people have not realized that,” said PNNL scientist Chongmin Wang, who led the study. “We’ve known that oxygen increases the battery’s performance but we haven’t understood all the principles involved completely.”

Battle in the cathode

Wang’s team tracked down precisely what happens to the oxygen in the cathode, revealing a tale of molecular musical chairs involving excited oxygen “bullies,” yawning gaps created by their opportunistic exit from the structure, and lithium ions stymied in their effort to return from whence they came.

The team showed that overly excited oxygen atoms – created when oxygen atoms have donated their electrons – are prone to escaping from the surface of the cathode, leaving a vacancy in the carefully constructed battery lattice.

When oxygen atoms on the surface depart, additional oxygen atoms in the bulk structure muscle their way into those now-empty slots. More and more oxygen molecules follow suit in a chain reaction, working their way up into the empty slots and escaping from the surface. As the process continues, defects migrate from the surface of the cathode deeper into the material, creating a large hole or void. The activity mimics a process many of us know all too well: tooth decay, which begins with a small defect at a surface but eventually goes deeper and causes a larger problem.

The site-swapping wreaks havoc on a battery’s previously orderly atomic structure. Other atoms like nickel, magnesium, cobalt and oxygen begin to move around and effectively act like bullies, likely to steal a seat designated for lithium while the lithium is away doing useful battery chemistry.

And the vacancies left by the departed oxygen atoms begin grouping into voids, presenting formidable barriers and preventing lithium ions from getting back to where they belong. When fewer lithium atoms are able to re-assert themselves into the correct positions in the cathode, fewer are available to make the round trip between the anode and cathode. This means the battery stores less and less energy.

Eventually the high number of vacancies or voids destabilize the lattice, leading to less capacity and ultimately to battery failure.

A body guard for wayward oxygen

The team is exploring ways to stop such defects. One idea is to stabilize the oxygen on the surface – to lock oxygen atoms into their rightful position more tightly and make them less likely to escape from the surface. Wang’s team is exploring the use of molecules of zirconia to wield its chemical influence and act as a type of body guard to keep oxygen atoms in their proper positions. This would mean less loss of oxygen and would help keep the whole structure in order, allowing lithium ions to move back and forth with ease.