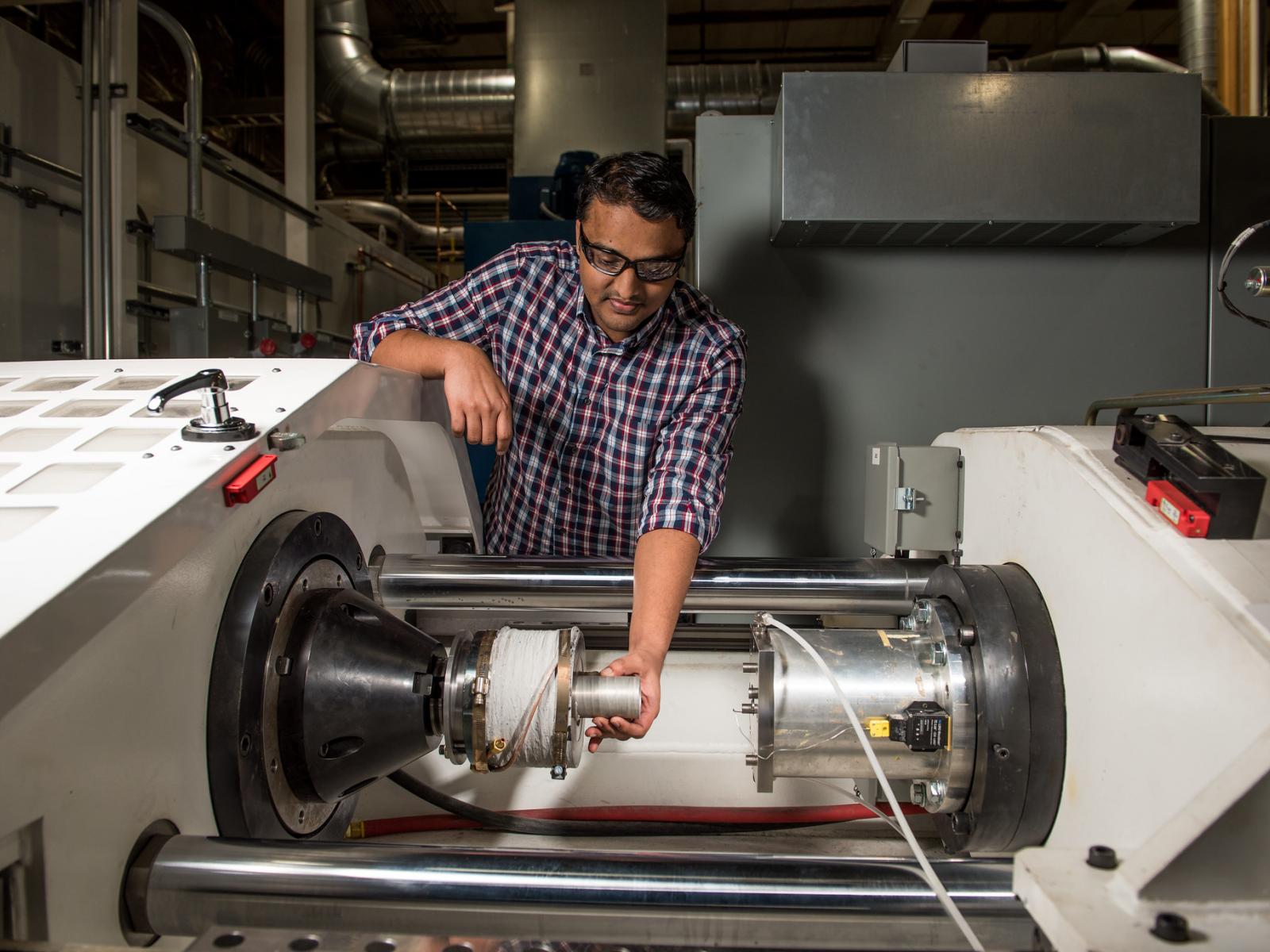 Two forms of magnesium material that were processed into tubing using a novel manufacturing technology called Shear Assisted Process and Extrusion—or ShAPE™—were found to have quite similar and improved microstructures, even though they began vastly different.

This finding confirms that PNNL’s ShAPE™ technology can extrude components directly from low-cost castings and deliver improved microstructures compared to conventional extrusion processes. The results could mean lower-cost and potentially higher-performing product for the automotive, aerospace, and other industries.

This research, conducted by materials scientists and engineers from Pacific Northwest National Laboratory, was published in Materials Science and Engineering: A.

It’s All About the Processing

Automotive manufacturers are investigating lighter-weight materials to replace heavier aluminum and steel automotive components. One alternative—magnesium—has the potential for 80 percent weight savings compared to steel, and 30 percent savings as opposed to the already-lightweight aluminum.

However, magnesium alloys have only accounted for 0.5 percent of a typical passenger vehicle’s weight during the past two decades.

The two feedstocks the team processed and analyzed were ZK60 magnesium in the as-cast form and in the “cold-worked” T5 condition.

As-cast billets consist of a mix of metals that were melted and then solidified in a casting—primarily magnesium but also containing zinc, zirconium, and very small amounts of other metals. The casting contains grains of magnesium and other phases, with a range of sizes.

T5-conditioned bars are cold worked from the casting, being processed through an extruder to form a bar shape, and then heat treated. The resulting grain size, texture, and second-phase particles significantly differ from those in the as-cast form.

The team used ShAPE™ to process the as-cast billets and T5-conditioned bars into tubing under similar process conditions. ShAPE™ uses a rotating die that is “rammed” against a container holding the magnesium material, causing frictional heating at the die-material interface. As the temperature increases, the material softens—but does not melt—and flows toward the extrusion opening through spiral grooves machined into the die face to form tubes.

The tubes produced for this study had an outer diameter of 50.8 mm (2 in.) and a wall thickness of 1.9 mm (0.07 in.). They were produced using greater than 20 times less the ram force compared to conventional extrusion methods.

Analyses of both materials following ShAPE™ processing showed that the microstructures were virtually identical, suggesting that the end product is independent of the starting form of the magnesium alloy. These microstructures were indistinguishable from previously reported ZK60 tubes extruded using ShAPE™, where twice the ductility was achieved compared to conventionally extruded material. This exciting result indicates that ShAPE™ can be used to extrude products directly from low-cost castings, in a single step, while still achieving properties that exceed those of conventionally extruded tubing.

“The results indicate that magnesium alloy extrusions may be fabricated directly from castings, with microstructures that are higher performing than can be achieved with conventional extrusion methods—and without the high cost of rare earth elements,” said PNNL materials scientist Scott Whalen, who led the study. “Going directly from castings can reduce, or even eliminate, the need for energy-intensive heat treatment processes required prior to performing conventional extrusion.”

This research is supported by the DOE Vehicle Technologies Office. For more information on collaborating with PNNL and obtaining a license for ShAPE™, contact Sara Hunt, PNNL Commercialization Manager.