Location is everything in projecting water levels in lakes across the globe, researchers find 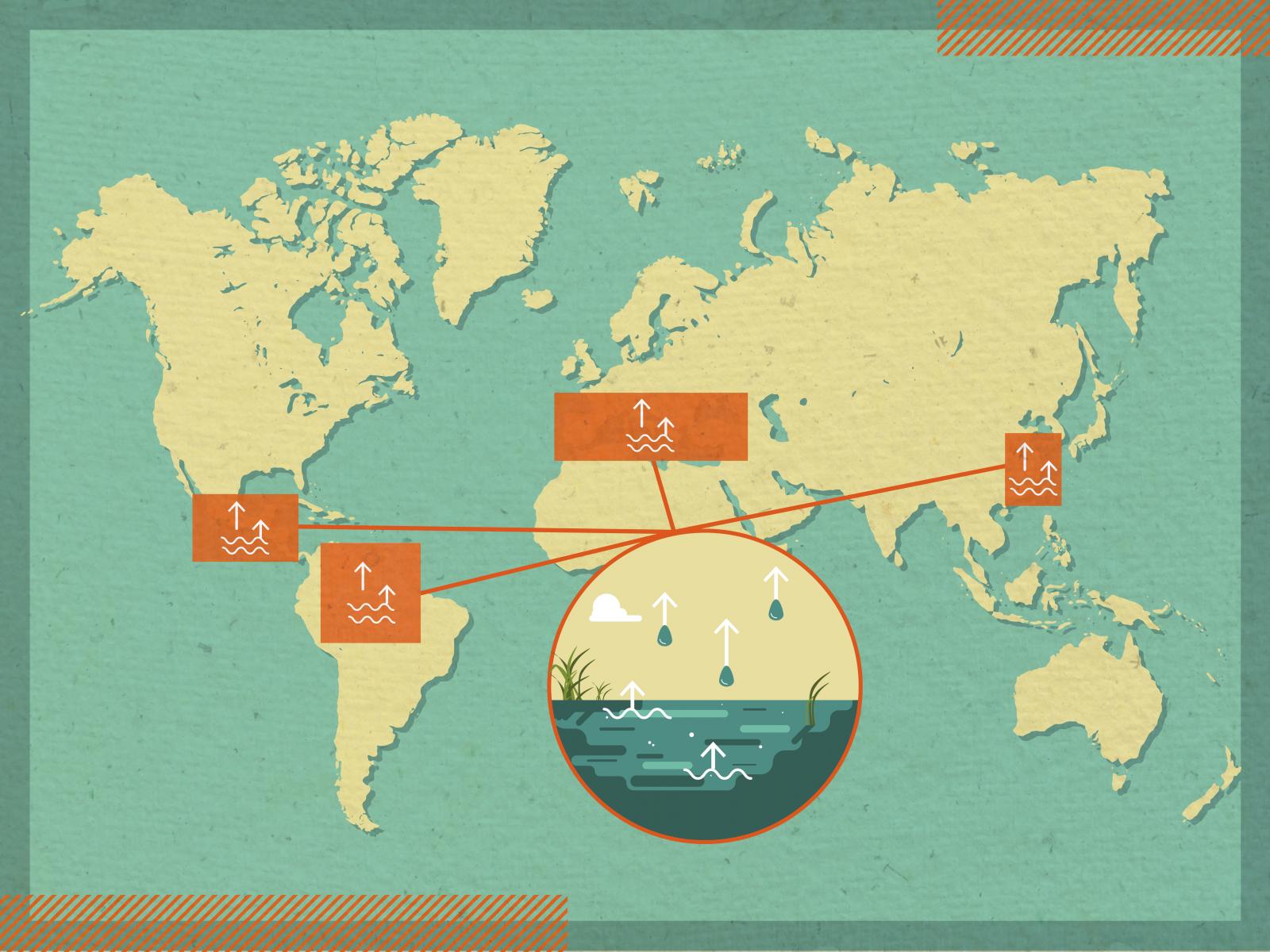 As the climate changes, so will how fast water evaporates from lakes.

For many people, warm summer days feature spending time swimming in a lake. Lakes are important for more than just recreation and serve as a major global source of freshwater. But as temperatures continue to get warmer, so will lakes. As global average temperatures rise, lake evaporation is projected to increase at double the rate of ocean evaporation.

These differences in how climate change affects future lake evaporation are related to changes in the local hydroclimate, or how much net water a region receives. Areas with drying hydroclimates will have amplified increases in lake evaporation. However, areas with hydroclimates that get wetter, including regions above the Arctic Circle and across the Tibetan Plateau, will see these increases dampened.

“Lakes are a key source of fresh water that people rely on for agriculture,” said Battelle Fellow and PNNL Earth scientist Ruby Leung. “Understanding how their volume might change at local levels can help manage water resources, particularly in areas already concerned about water scarcity.”

Establishing the link between large-scale hydroclimate and lake evaporation

“Given the spatial correlation in climate simulations, I suspected that hydroclimate change would affect lake evaporation change,” said PNNL Earth scientist Wenyu Zhou. “I delved into the models and theoretical evaporation equations to figure out if that was true.”

However, the mathematical links between evaporation and hydroclimate were hidden in the existing evaporation equations. “Wenyu made the important step of reformulating the conventional evaporation formula,” said Leung. “Now, we can relate lake evaporation directly to the regional hydroclimate.”

Applying the reformulated equation to model projections unveiled that a drying hydroclimate enhances lake evaporation. It does this in two ways. First, it changes humidity, causing increased evaporation. Second, it reduces cloud cover in the atmosphere, increasing the amount of sunlight that shines on the lake.

Areas with drier hydroclimates and higher lake volume decreases may face additional water scarcity. This is already a reality in some areas. The drying of Lake Poopó in Bolivia, which has been linked to human activity and climate change, is a stark example of extreme lake volume change.

“Understanding that the local hydroclimate affects both evaporation and water flow into lakes is an important step towards estimating lake volume change,” said Leung. “Most lake models used in climate models do not yet calculate lake volume.”

The newly identified coupling between hydroclimate change and lake evaporation increase allows the team to qualitatively predict future lake volume changes. The team has now set their eyes on another difficult task: quantifying how much water will remain in future lakes. This could help water resource managers more effectively safeguard dwindling water supplies.

The work was performed in collaboration with Linying Wang and Dan Li at Boston University. It was funded by the Department of Energy’s Biological and Environmental Research program.