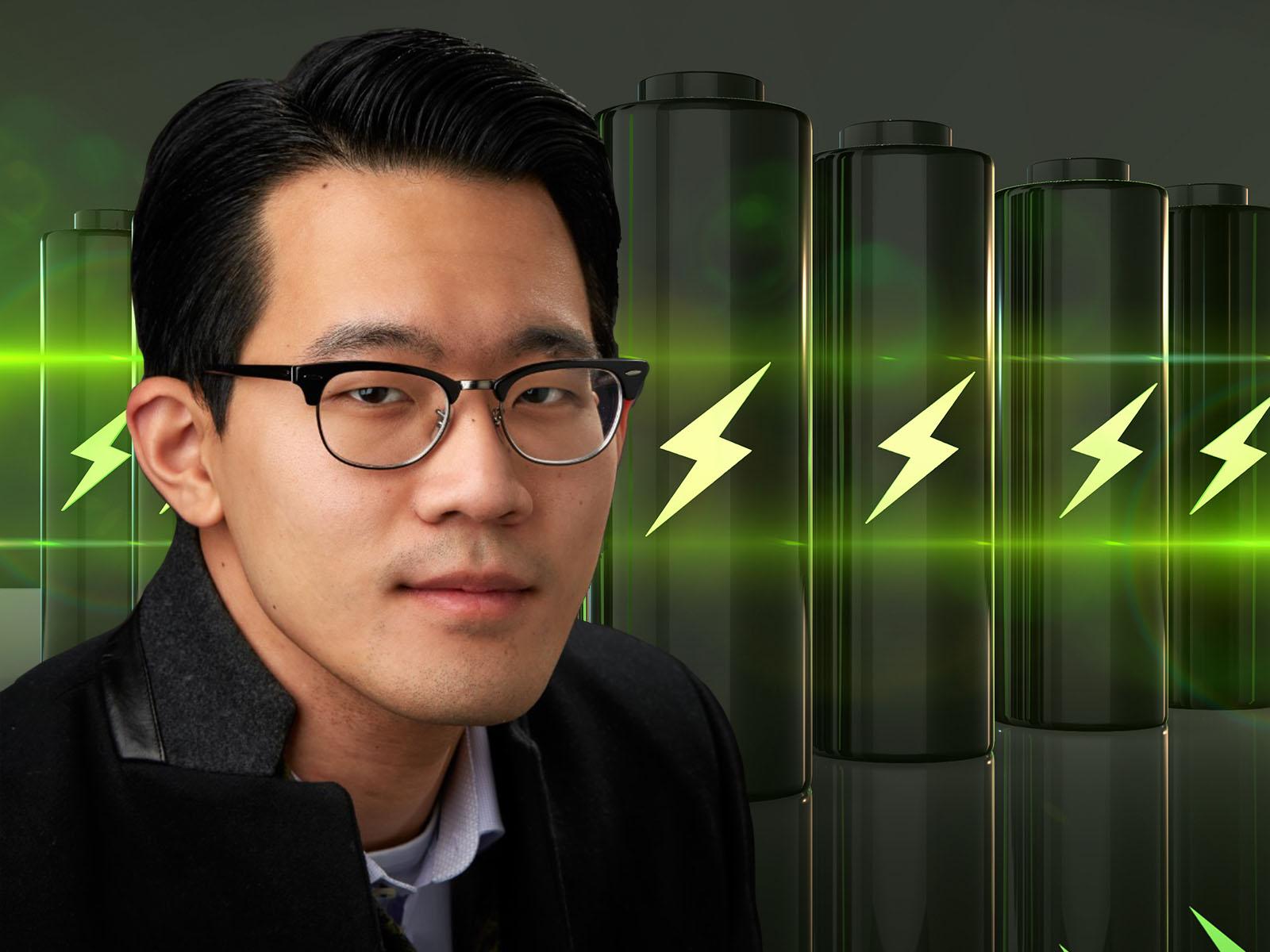 Ki Ahn’s interest in aviation began as a young child in Seoul, Republic of Korea (South Korea). Traveling frequently by air with his family, he often wondered: How did the aircraft lift off the ground? What kept the engines running?

His youthful musings evolved into a lifelong curiosity. Today, Ahn wonders: Can a battery power an airplane?

“I want to know if we can do the same thing for airplanes that has been done with electric cars,” Ahn said. “Can we utilize batteries, or even solar power, to generate clean energy sources for next-generation airplanes that do not cause any global pollution?”

Ahn hopes to help answer that question one day. He said his internship at the U.S. Department of Energy’s (DOE’s)  Pacific Northwest National Laboratory (PNNL)  helped put him on a path toward that goal.

During his internship, he participated in research to develop a high-energy, all-solid-state lithium-sulfur battery. His tasks included material synthesis, electrolyte fabrication, battery assembly and testing, and data analysis, among other responsibilities. Ahn's work contributed to one conference talk and at least two papers on the research.

“Ki was very self-motivated and interested in energy storage technologies,” Lu said. “He asked many questions because he wanted to understand the experimental results more deeply. He’s not only smart, but also wise.”

Ahn’s journey has been a bumpy one. At age 17, he dropped out of high school in Seoul and three years later moved alone to San Francisco with $1,000 in his pocket.

After several jobs and attempts at restarting his education, Ahn eventually moved to the Seattle area and enrolled at Bellevue College. It was there he learned of the internship opportunity at PNNL. But with only basic chemistry and calculus on his transcript, Ahn was unsure of himself.

“Dr. Lu called to reassure me and told me, ‘We are bringing you here to learn and to teach you how to do the science for the future,’” Ahn said.

Now at age 27, Ahn is transferring to Stanford University this fall to finish his bachelor’s degree. With plans to major in mechanical engineering or computer science, he wants to explore how future aircraft technologies can be designed to use clean energy sources.

Ahn’s PNNL internship helped him stand out as an applicant at the renowned school. He credits his mentors for encouraging him to aim high.

“My experience has taught me that you’ll never walk alone,” Ahn said. “No matter what obstacles you face, there’s always going to be someone there to support you and believe in you—just like my mentors did at PNNL.”

“Community college is a pivotal time in a student’s education when they can go a lot of different directions,” said Nancy Roe, program manager for the CCI program at PNNL. “Our hope is that through this opportunity to work with researchers at a national laboratory, students will become inspired to continue their education and come back to do research at PNNL or another national laboratory.”

After completing the CCI program, Ahn was invited to extend his stay as a PNNL intern through December 2020. While the pandemic limited his time in on-site facilities, his mentors kept him engaged in hands-on learning.

“He did an excellent job for us,” Lu said. “He’s going to be a very good scientist in this area.”

Ahn said the internship was instrumental in helping him define his career goals. He encourages other community college students who are considering a career in science to apply to the CCI program.

“The experience definitely gave me valuable tools that will help shape my future as an aspiring scientist,” Ahn said.