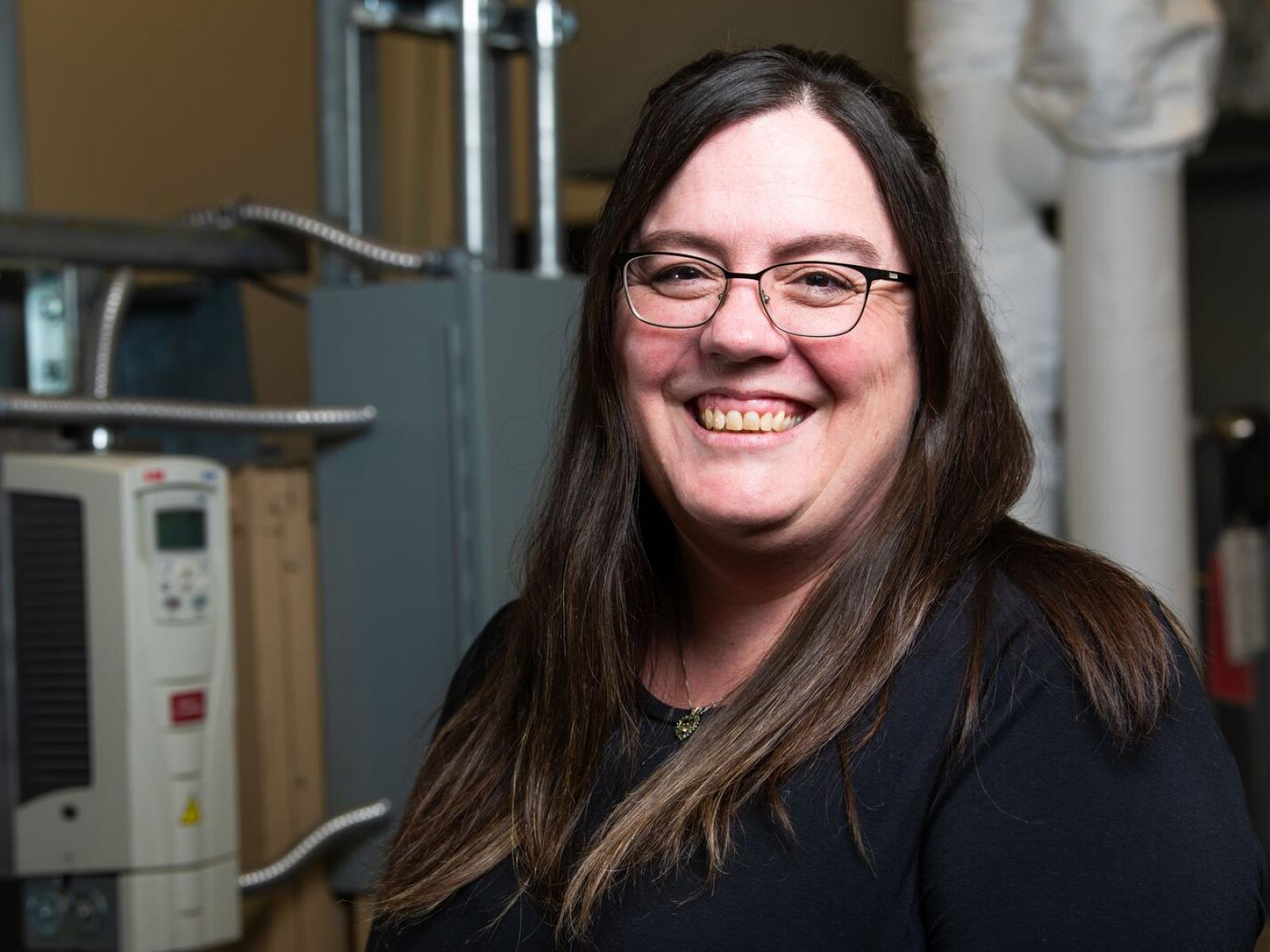 Penny McKenzie, a cybersecurity engineer at Pacific Northwest National Laboratory, shared her experience as a two-time intern and now mentor as part of a virtual panel discussion on U.S. Department of Energy (DOE) internship programs.

An internship at a national laboratory can be life changing.

That was the message Penny McKenzie hoped to impart on the nearly 670 viewers of the U.S. Department of Energy (DOE) panel, “Life After Internships at DOE National Laboratories," on July 13. Secretary of Energy Jennifer Granholm also participated on the virtual panel.

McKenzie, a cybersecurity engineer at Pacific Northwest National Laboratory (PNNL), was among a select group of mentors and past DOE student interns invited to join Secretary Granholm as panelists. The event was part of DOE’s virtual National Lab Speaker Series for student interns at all of DOE’s 17 national laboratories, including 100 interns at PNNL.

“It was a huge honor to be invited to participate on this panel with Secretary Granholm,” McKenzie said. “These internship programs are extremely important to the successes of the next generation of professionals in the science, technology, engineering, and math (STEM) fields. I don’t think any of the national laboratories would be where they are today without the students who have come in through these programs.”

McKenzie was nominated for the opportunity by PNNL’s Office of STEM Education and selected from hundreds of mentors.

During the panel discussion, McKenzie shared how DOE-sponsored internships helped her make a career change after decades of working in customer service.

Eight years ago, McKenzie had just completed her associate degree at the local community college through a worker retraining program. With sights on a future in computer science, she applied and was selected for a DOE-sponsored Community College Internship (CCI) at Idaho National Laboratory. There, she discovered cybersecurity and decided to pursue a degree in the field.

While finishing her education, McKenzie landed another DOE internship—this time at her hometown national laboratory, PNNL, through the Science Undergraduate Laboratory Internship (SULI) program. This led to a full-time position with PNNL’s cybersecurity research group.

McKenzie said the internships opened a career path she never before thought possible.

“I had some really great mentors who encouraged me to explore and learn new things beyond my specific internship tasks,” she said. “These internships are an amazing opportunity to get out there and learn from the best and to discover capabilities you weren’t aware you had.”

Now, as a mentor, McKenzie encourages undergraduate interns to do their own exploring.

“I want them to learn as much as possible about anything that might interest them,” she said. “It’s extremely important they network and get the whole experience while they are here.”

The Office of Workforce Development for Teachers and Scientists (WDTS), under the DOE Office of Science, supports the CCI and SULI programs. Through the internships, undergraduate students in the STEM fields spend 10 or 16 weeks gaining technical and research experiences at a national laboratory. At PNNL, the Office of STEM Education manages these programs on behalf of WDTS.

Learn more about internships at PNNL.