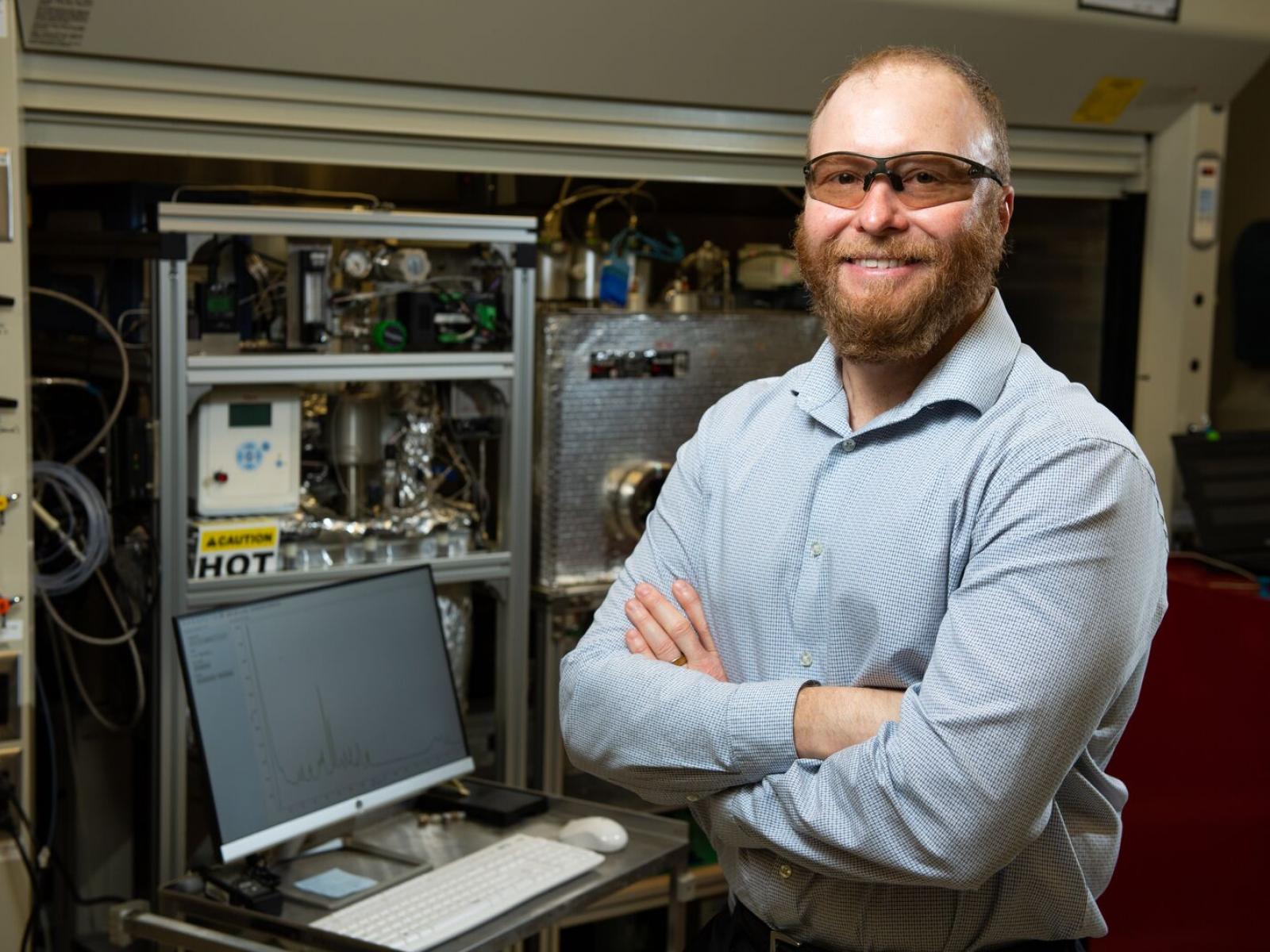 The fellow designation is awarded to ACS members who have made exceptional contributions to science or their profession and have provided excellent volunteer service to the ACS community.

Most notably, Heldebrant is recognized for his groundbreaking research to advance green chemistry, energy decarbonization, carbon capture, and conversion to useful chemicals by linking fundamental chemistry to engineering-scale applications, as well as for his outstanding mentorship of early career chemists.

Additionally, the ACS noted Heldebrant’s tireless service and infectious enthusiasm as a leader within that organization at the local, regional, divisional, and national levels, including technical programming and programming management.

He will be honored at the ACS Fall Meeting on August 22 in Chicago. The 2022 fellows were announced on July 26 in Chemical & Engineering News.

At the ACS Fall meeting in 2020, Heldebrant was invited by ACS to give a keynote address during the opening session. His talk, “Moving Chemistry from Bench to Market…a National Laboratory Perspective,” highlighted his work on carbon capture technology, the process of moving technology to market, and lessons learned along the way.

His research on lowering the cost of carbon capture has gained the attention of the scientific community.

Heldebrant joined PNNL in 2005 and became an ACS member that same year. In 2021, he was elected Director-at-Large and National Meeting and Programmatic Thematic Chair by the ACS Energy & Fuels Division. Before that, he served as Chair of the division.

“Dave clearly deserves this honor as he is at the forefront of industry-recognized efforts to use chemistry to mitigate the adverse effects of climate change,” said Ram Devanathan, Heldebrant’s division director at PNNL and himself an ACS fellow honoree in 2020. “He is a unique scientist who has connected fundamental chemistry with engineering-scale solutions to tackle the pressing global challenge of decarbonization.”