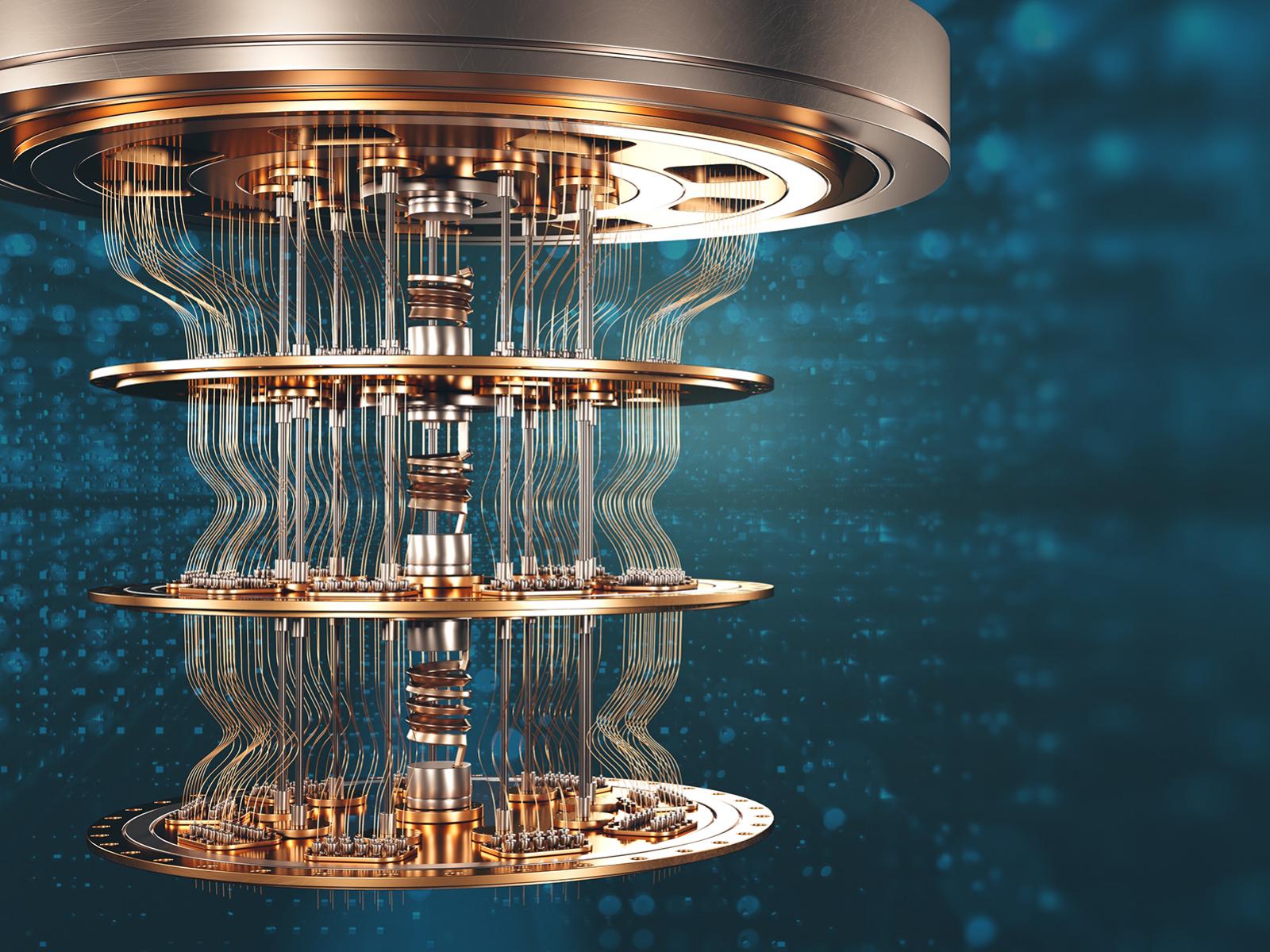 Artist’s rendering of a quantum computer.

Before quantum computers begin to be deployed, how will we know if they work? The answer: quantum computer simulators. These important tools, now under development, run on the world’s most powerful supercomputing resources and still take days or weeks to complete quantum computing scenarios.

Now, a group of researchers at the U.S. Department of Energy’s Pacific Northwest National Laboratory (PNNL) have invented a quantum computer simulator, called DM-SIM, that is 10 times faster than existing methods. The feat was detailed in one of only a handful of articles nominated for “Best Paper” at the annual international conference for high-performance computing, SC20.

The team, led by computer scientist Ang Li, achieved the increase in speed by harnessing the power of graphical processing units (GPUs), the lightning-quick processors originally designed for images and videos.

A reliable quantum computer simulator needs to capture the complexity of superposition, but it’s not that simple. Multiple qubits in a quantum computer can also exhibit quantum entanglement, meaning when they are entangled, if a single qubit collapses into an individual one or zero, the rest will also collapse like a house of cards.

“Physical qubits currently aren’t perfect or logical,” said Li. “They are more like nature where everything responds to its environment, so you have to find a way to represent noise and errors to create a more realistic simulator.”

But realism takes more time to calculate—and Li wanted to see if GPUs could hurry things up.

GPUs have been sold for decades to move images quickly across screens, but using them for general-purpose computation, like scientific simulation, emerged in 2007. Unlike a cache-heavy central processing unit (CPU), GPUs devote most of their chip area to compute units and have high-throughput memory. This makes their computations much faster.

Li  started working with GPUs in 2009 before they were as widely used as they are today. He was partway through his PhD research in high-performance computing by the time researchers began to use GPUs to accelerate deep learning in 2013. He’s seen the value ever since.

“Many major computational problems will move to GPU centric computations, and this work is part of that trend,” said Li. “Big applications need GPUs’ faster delivery to expand their expected performance.”

Quantum circuits aren’t images. But because GPUs rely on a large number of compute units to deliver high performance, Li suspected they could more quickly perform the heavy computations that represent quantum gates—the building blocks of a quantum circuit.

Quantum circuits are made through operations that change the qubit’s state. These operations are called gates. At the beginning of the gate, each qubit is like an arrow, or vector, pointing to the “0” direction. After the circuit ends and is measured, the qubits collapse to classic one or zero states. The statistical breakdown of ones and zeros indicates the results of the computation.

While researchers have used density matrices to represent qubits before, no one before Li’s team has combined an efficient density matrix quantum circuit simulator with a GPU-accelerated high-performance computing cluster. Because of the complexity in operating the large density matrix, it isn’t easy to manage the massive threads and communication interwoven between cooperating GPUs. And the researcher’s efforts could fail if they didn’t synchronize communication across the GPUs and GPU nodes holding part of the density matrix.

But Li and his teammates Omer Subasi, Xiu Yang, and Sriram Krishnamoorthy were up for the challenge. After linking the GPUs, they proposed a new formula reform that can significantly avoid expensive communication between GPUs. More importantly, it reduces the communication overhead while conserving the natural error expected from noisy, real-world quantum gates.

Faster and the future

With the new method, the team ran a density matrix simulation with one million arbitrary gates in only 94 minutes. This outcome was far deeper and quicker than has been demonstrated before—10 times faster than simpler simulators, which represent quantum states in a state-vector.

"A lot of people are improving quantum computing hardware. We need applications to test the systems before people can directly use them." – Ang Li, PNNL computer scientist

The research was funded by the Quantum Science, Advanced Accelerator (QUASAR) laboratory-directed research and development initiative. QUASAR research contributes to the National Quantum Initiative and is part of PNNL efforts to create the science and algorithms that advance hardware development and prepare for the future of quantum technology. The complete paper and a free download of the DM-Sim is available on GITHUB.