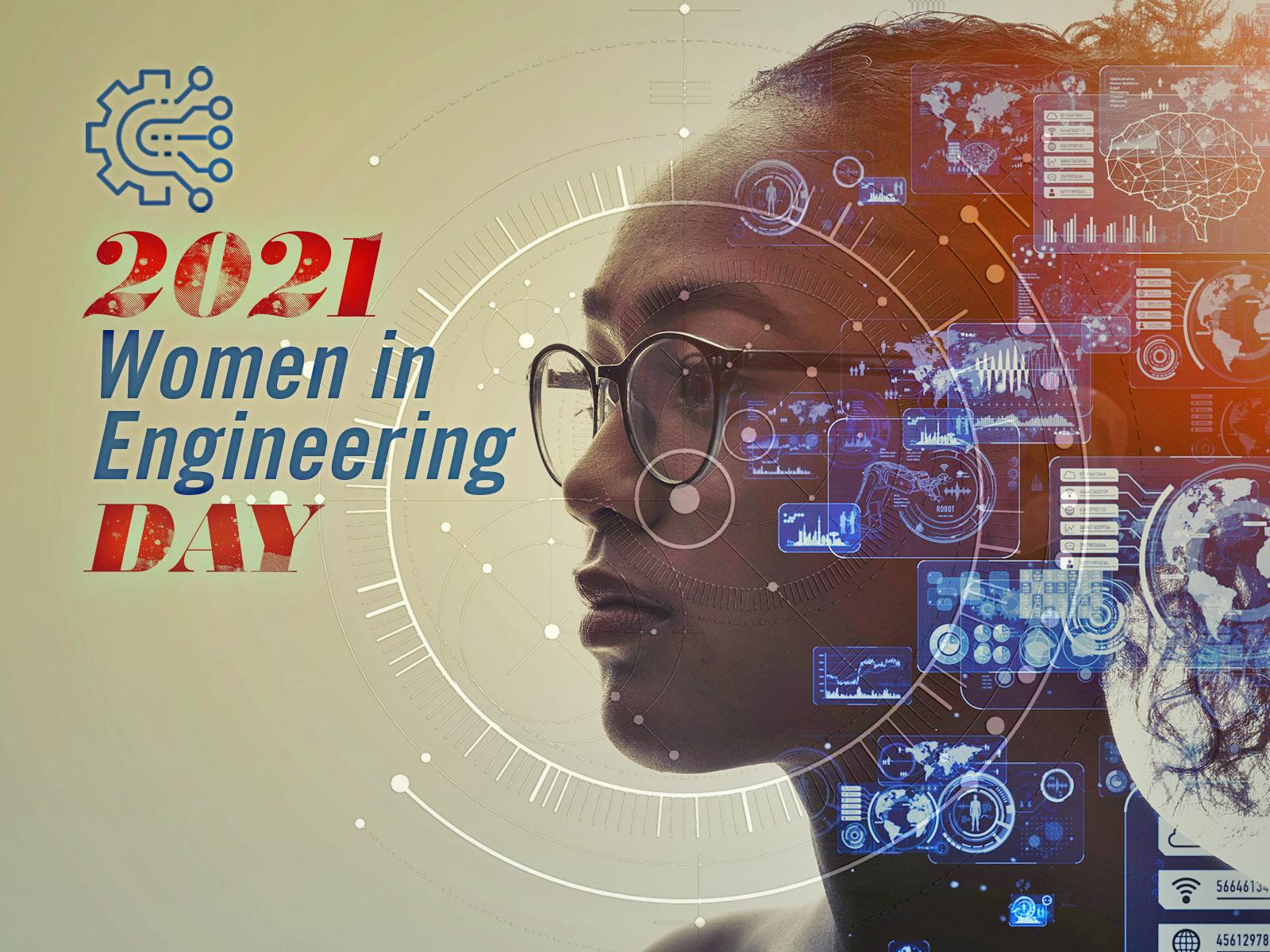 At Pacific Northwest National Laboratory, more than 1,000 engineers come to work every day to help tackle some of the world’s most complex problems spanning scientific discovery in chemistry, data analytics, and Earth science, as well as technological innovation in sustainable energy and national security.

The field of engineering helps change the world for the better.

International Women in Engineering Day is an annual awareness campaign established by the Women’s Engineering Society to celebrate the work and achievements of female engineers, in particular, and to encourage girls and women to consider the varied career opportunities available to them in this field.

At Pacific Northwest National Laboratory (PNNL), more than 1,000 engineers come to work every day to help tackle some of the world’s most complex problems, spanning scientific discovery in chemistry, data analytics, and Earth science, as well as technological innovation in sustainable energy and national security. Here are a few of the many talented women engineers at PNNL.

“I became increasingly interested in the science and technology behind the systems I was working on, which ultimately inspired me to pursue a second degree in electrical engineering,” she said. “Interacting with successful women in science, technology, engineering, and mathematics fields while pursuing my degree helped me maintain the confidence to stick with it.”

These embedded systems provide enhanced security measures that improve the ability to recover lost or stolen devices. The firmware integrates sensors and various communication devices with a microcontroller, providing system status, location, and data on the tracked radiological source. These data allow commercial partners to assess mission readiness and potential threat situations in near real time and take actions accordingly.

“Seeing the Mobile Source Transit Security systems through several successful pilot deployments, both nationally and internationally, has been incredibly rewarding,” Archer said. She and her colleagues are preparing to present some of their work to the International Atomic Energy Agency.

While her work reaches around the world, Archer also shares her skills with her immediate community, volunteering with the local children’s theatre. “I love working with the children and teaching them some of the things I’ve learned,” she said.

Wickersham enjoys how her work varies each day. “Operations personnel need to have a certain level of understanding in many areas of expertise to perform their work,” she said. “I was inspired by a mentor who had the ability to manage any situation. His knowledge of the facility systems, emergency response, and types and quantities of nuclear material was seemingly endless. I made it my mission to learn everything I could from him and my fellow coworkers.”

At the age of 29, she became the facility manager of a Category II nuclear facility after her mentor, the previous manager, retired.

“The best moments of my career are when a team perseveres through complex or tedious situations,” Wickersham said. “Usually what makes jobs problematic are equipment malfunctions in the most difficult to reach locations. That piece of equipment is usually in a hot cell, out of visual sight and out of reach. To remedy these situations, it takes several people working in sync together, a ton of patience, and a little bit of luck.”

Her experience growing up in Ethiopia, combined with the global trajectory toward a just and clean energy society, led Bethel Tarekegne to pursue a career centered on renewable energy and energy justice. “It was easy to see how much of an impact access to energy services had on people’s day-to-day activities and their prospects for economic growth,” she said. “It had a detrimental impact on the opportunities that people had to overcome their socioeconomic burdens."

Tarekegne has a background in electrical engineering, policy, and social science, including a PhD in energy and environmental policy. “I got into graduate school around the same time the United Nations introduced the Sustainable Development Goals, which focused on advancing economic, environmental, and social sustainability across various dimensions, including energy access for all,” she said. “This aligned to what I had always wanted to do.”

As part of her PhD dissertation, Tarekegne created an energy-justice-based decision-making framework to guide energy access investments, work she is proud of because it contributed to an issue she deeply cares about. And she continues that work at PNNL, where she focuses on energy justice. She has recently engaged on a project that involved looking at energy storage technology through an equity lens to identify its equity-advancing capabilities.

“This kind of work provides insight into how a technology could be designed and implemented to advance social equity,” she said. “Connecting renewable energy advancement with social equity has been the central theme of my education and career.”

Chitra Sivaraman’s journey to becoming a software engineer unfolded in an unexpected way. After completing her early academic training in economics, she took a job at a financial institution where she had to work with financial software. The desire to solve problems like Sivaraman was encountering sparked her interest in software development and compelled her to take programming classes.

“The team has been doing many exciting and impactful projects,” she said. “For instance, the platform and framework for data management that we developed has been extended to analyze data for multiple scientific domains, such as wind energy, transportation, and buildings. It can also be extended to incorporate machine learning.”

She is particularly proud of the team’s work on a project, funded by PNNL’s Quickstarter internal project investment program, to use machine learning in the analysis of patient photographs and X-rays in a database of images related to orthopedic implants.

Sivaraman thinks others may be surprised to learn that she used to run her own textiles and apparel business, even before working in finance. “You can come into software development from many directions,” she said. Another interesting fact: “During my tenure at PNNL, I have never been a full-time employee, allowing me to devote my time to both career and family.”

Fan Mei recognized what sparked her interest early on.

“I enjoyed learning new skills through hands-on experience,” she said. “I loved the feeling of solving problems, such as putting a puzzle together.” That early awareness inspired her academic journey and resulted in the completion of her PhD in energy, environmental, and chemical engineering.

In her work at PNNL, focused on aerial measurements of aerosol and cloud properties, Mei has had the opportunity to participate in airborne field campaigns around the world. One of her favorites was the Aerosol and Cloud Experiments in the Eastern North Atlantic field campaign, during which Mei and her team examined key aerosol and cloud processes under a variety of representative meteorological and cloud conditions in the Azores. The work employed the Atmospheric Radiation Measurement (ARM) Aerial Facility’s research aircraft to obtain airborne measurements. The results are relevant to the research and modeling of low clouds and aerosols in the remote marine environment.

In contrast to seeing her future as an engineer so clearly at a young age, the problems Mei works to solve these days involve puzzle pieces of the less conspicuous type. When asked what others may find surprising about her work in aerosol and cloud research, Mei shared, “As experimentalists who take measurements, we cannot see the aerosols or most of the droplets we measure with the naked eye.”

When Jennifer Mendez started her career, she was clear on one thing: “I wanted to do something that really challenged me. I felt curious about how everything worked and was really drawn to learning.”

This curiosity led her to PNNL, first as an administrator and, eventually, to the technical group she still works with today, 12 years later.

Mendez develops hardware control software for automated gas processing systems. These systems are used for various aspects of nuclear explosion monitoring. Each system performs a series of steps to cool and warm gas samples, open and close valves, and record pressures, temperatures, and other sensor data as the sample moves through the system.

She writes hardware servers to interact with the sensors, software to orchestrate the sample processing steps, and software to collect and analyze data. More recently, she has been involved in assessing data quality and performing data management.

“It is hard to know what it means to be a programmer until you try it,” Mendez said. “When I first tried programming in college, other classmates said learning C++ was far too hard. For a while, I let that deter me from pursuing it, until I met enough people who encouraged me. Ironically, C++ is the language I use for most of my programming today. And, yes, it was hard to learn, but I can do hard things! And so can you!”

While she didn’t start her career with her current position in mind, every step along the way has contributed to her work today. “It turns out curiosity is a great engineering trait, being an administrator was a fantastic opportunity to grow an amazing network, and success is best achieved with advocates.”

“I have been lucky to have some great mentors as I’ve bumbled along, trying to figure out what I wanted to do when I grew up,” she said. “I had some engaging teachers in high school and college who encouraged me to take opportunities and explore options.”

Flaherty most enjoys opportunities to see her work live on in concrete ways. “I feel a lot of satisfaction about the tangible products that exist in the world as a result of my efforts, in combination with the efforts of others,” she said. One such example was a collaboration with more than a dozen institutions to develop a data archive that is still in use more than a decade later.

Something that surprised her about becoming an engineer: she used to think scientists and engineers had one job. “At any given time, I have at least three roles that I fill,” she said. “At the moment, I am a stack monitor expert, a dispersion modeler with occasional emergency response duties, and a line manager.”