For steadfast service, leadership, and mentoring 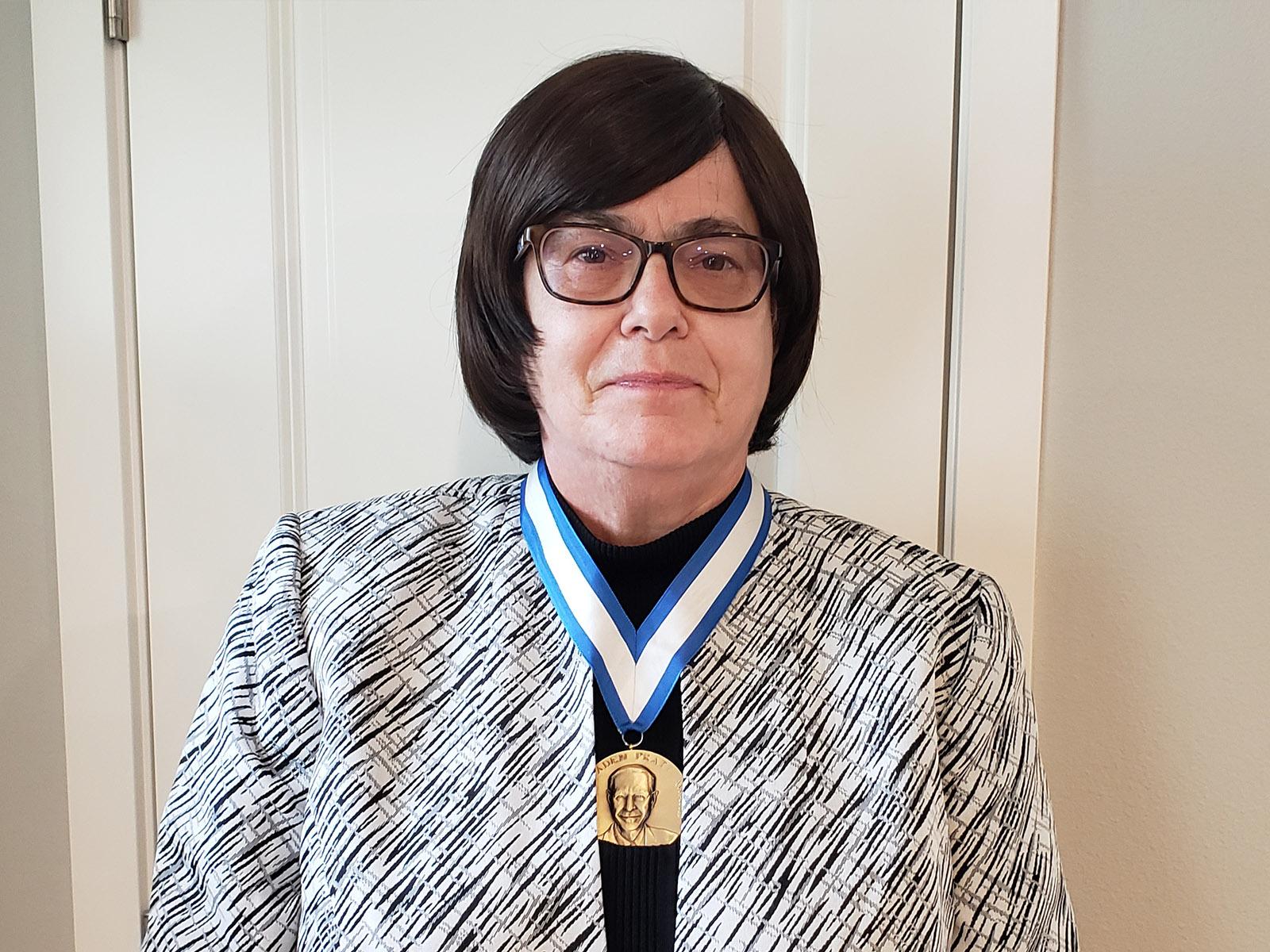 Evelyn Hirt received the 2021 IEEE Haraden Pratt Award for her long-time dedication to volunteerism and mentoring.

Evelyn Hirt, a project manager at Pacific Northwest National Laboratory has received the 2021 Institute of Electrical and Electronic Engineers (IEEE) Haraden Pratt Award for her long-time dedication to volunteerism and mentoring.

Each year, the IEEE honors professionals who have made a lasting impact on technology and engineering. This year’s award will be presented during the virtual IEEE VIC Summit and Honors Ceremony on May 11-13.

“This is the recognition of a lifetime,” said Hirt. “I have been volunteering for a long time because it truly is something I believe in, specifically around mentorship.”

And if anyone knows about the value of STEM mentoring through their personal experiences, it’s Hirt.

Evelyn joined IEEE in 1973 as a student at the University of Detroit Mercy and not long after that, volunteered for her first position with the organization. She served as the student branch librarian, helping to establish and maintain a collection of technical references not found in the university library.

“This position was a great way for me contribute to my profession and to get involved in the engineering community,” said Hirt. “At this time, there weren’t a lot of females in engineering, and it was rare if I wasn’t the only girl in each class.”

While volunteering was easy for Hirt, being the only female was not. To complete her degree, she needed to participate in an internship, but very few companies were hiring female engineers as interns at that time. As a result, she decided to work full time on campus, while still taking up to two courses a semester until she heard females were having better success with getting internships.

“I just needed someone to allow me the opportunity to participate,” said Hirt. “Through my participation, they would see the value I could bring.”

After two years, she finally received her internship offer and her career could start.

Growing into a mentor

During this time, Hirt continued to volunteer for different positions at IEEE and learn more from her mentors. One skill that she was developing, perhaps without even knowing it, was her own ability to be a mentor.

“One advisor made all the difference in the world for me,” said Hirt. “He saw me as a student, not as a girl, and he gave me a chance.”

As her career grew, Hirt gained more experience and continued to grow both professionally and personally. Today, through both IEEE opportunities and as an adjunct professor with the School of Engineering and Applied Science at Washington State University Tri-Cities, Hirt can encourage young engineers and computer scientists just as others encouraged her.

“People gave me an opportunity and I just try to help others get theirs,” said Hirt. “I had stumbles in my career, and people helped me along the way. They didn’t have to, but they did. Had they not, I wouldn’t be where I am.”

A career of volunteerism

In 48 years of membership with IEEE, Hirt has impacted the organization on every level. She has gone from a student librarian to holding numerous leadership positions, including being voted by her peers to serve as the IEEE-USA President. Regardless of status, each volunteer position has been important to her.

“Every job that I’ve had as a volunteer taught me something I could bring back to my work,” said Hirt. “From how to deal with people, to giving better presentations and contributing to projects, there was just so much that helped me learn and grow.”

Her work has helped expand IEEE activities in the areas of corporate and organizational unit management; technical activities, including conferences, publications, and standards; mentoring and career enhancement for the practicing engineer; issues involving women, minorities, and the disabled in engineering; issues of age discrimination as they apply to engineering; activities related to assisting pre-university students in understanding and preparing for engineering as a career; and mentoring engineering university students.

“Volunteering is a part of who I am,” said Hirt. “I’m just the type of person who likes to contribute to their profession and find it very rewarding to help others grow.”

Shoe Scanner Technology on the Horizon