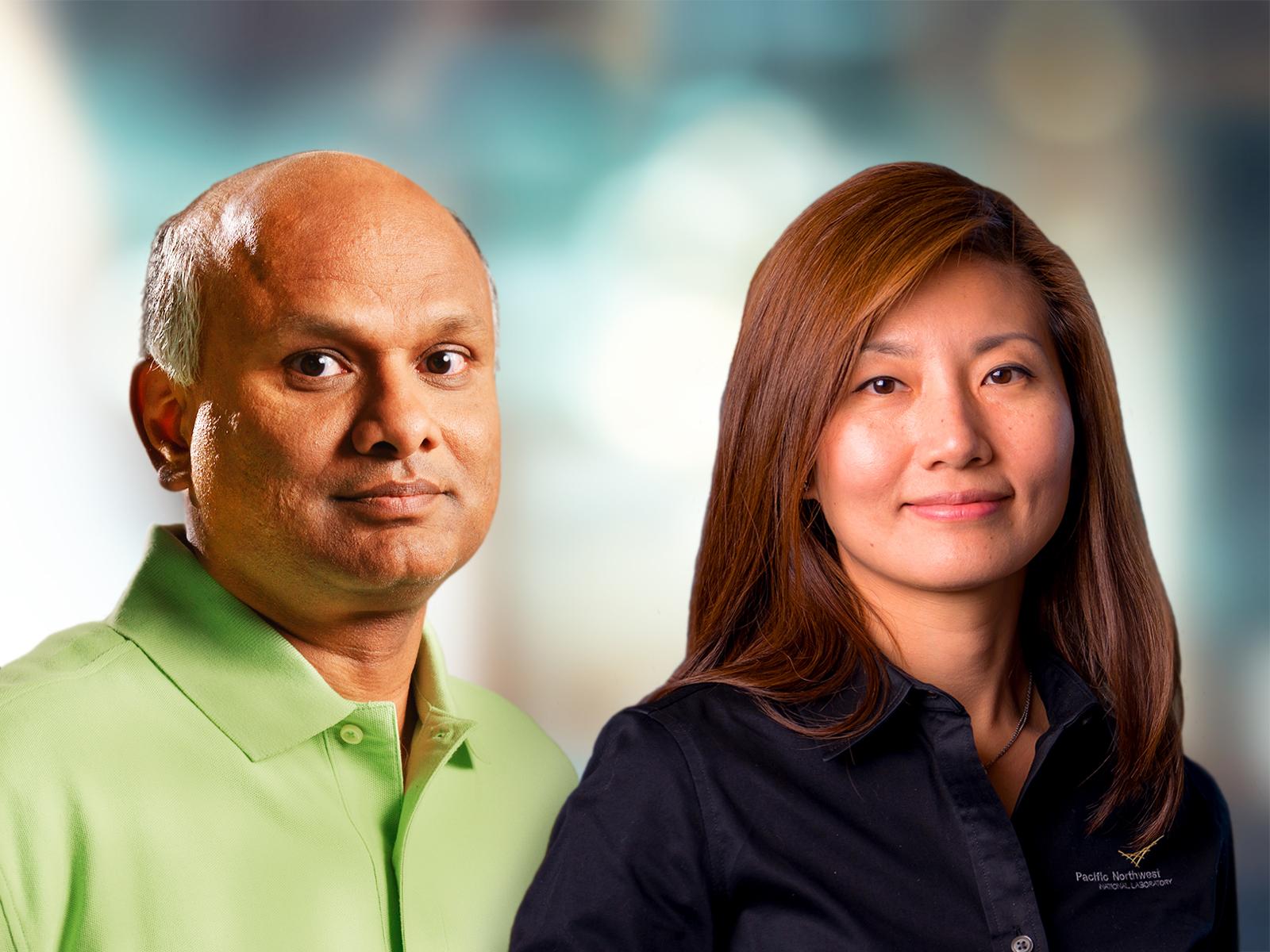 Srinivas Katipamula and Nora Wang were among the recipients of a team award for their work in support of Seattle’s Building Tune-Up Accelerator Program.

Two researchers at PNNL—Srinivas Katipamula and Nora Wang—are among the recipients of a team award for their work in support of Seattle’s Building Tune-Up Accelerator Program. The program has made strides in establishing energy-efficient and environmentally beneficial buildings across the city.

The Northwest Energy Efficiency Alliance (NEEA) presented the honor, the 2019 NEEA Leadership in Energy Efficiency Award for Innovation, to nine individuals representing the City of Seattle Office of Sustainability, Seattle City Light, the University of Washington, the Smart Buildings Center, and PNNL.

The award recipients helped realize the city’s groundbreaking tune-up program, which received funding support from the U.S. Department of Energy (DOE) Office of Energy Efficiency and Renewable Energy. Under the program, owners of more than 100 commercial buildings were provided incentives and technical support to conduct operational assessments of building systems and identify energy-saving opportunities. The owners then were encouraged to implement corrective actions and invest in energy efficiency to improve operations and save energy.

“After the service providers left the classroom, they were assigned to buildings to perform tune-ups, and subsequently PNNL helped analyze building performance data,” Katipamula explains.

The tune-up methods employed in the accelerator program are rooted in efforts pioneered by PNNL and the State of Washington in the 2000s to make buildings more energy efficient. The state was the initial funder of re-tuning research at PNNL. Those early steps eventually expanded and flourished under DOE funding and involvement, leading to millions of square feet of re-tuned space across the country.

The focus of Wang’s work was the integration of asset valuation and deep retrofits (energy-saving modifications) with building re-tuning. She was assisted by PNNL colleagues Richard Fowler and Juan Gonzalez. “Our Asset Score process evaluated and scored buildings based on their energy efficiency and identified improvement opportunities,” Wang says.

She and her team initially screened hundreds of buildings to help target potential candidates for the program. The team then trained service providers to collect data and use the PNNL-developed Asset Score Tool, and analyzed the re-tuning and Asset Score reports to provide insights into a building’s ability to incorporate retrofits. The results will help Seattle and other cities develop effective strategies for their energy programs.

The Asset Score Tool is another capability that has gained DOE support. In 2012, Wang led a multidisciplinary team to develop the first asset rating system in the United States to evaluate the physical and structural energy efficiency of buildings. The tool combines novel modeling and simulation capabilities that allow building systems to be assigned a score from 1 to 10, with 10 reflecting the best possible energy efficiency. The method, now used nationwide, provides a total average potential savings of around 30 percent if recommended cost-effective upgrades are implemented.

Seattle was one of the first municipalities to embrace re-tuning methods and establish an ordinance designed to achieve high-performance buildings citywide. The purpose is to save energy, protect the environment, and create more green jobs.

The tune-up program, in support of ordinance aims, was initiated in 2017 and targeted nonresidential buildings of less than 100,000 square feet. The goal was to prepare these structures to meet, in advance, city-mandated tune-up standards that go into effect in 2020 and 2021. Larger buildings already must meet the tune-up mandate.

Bringing Out the H-BEST in Buildings