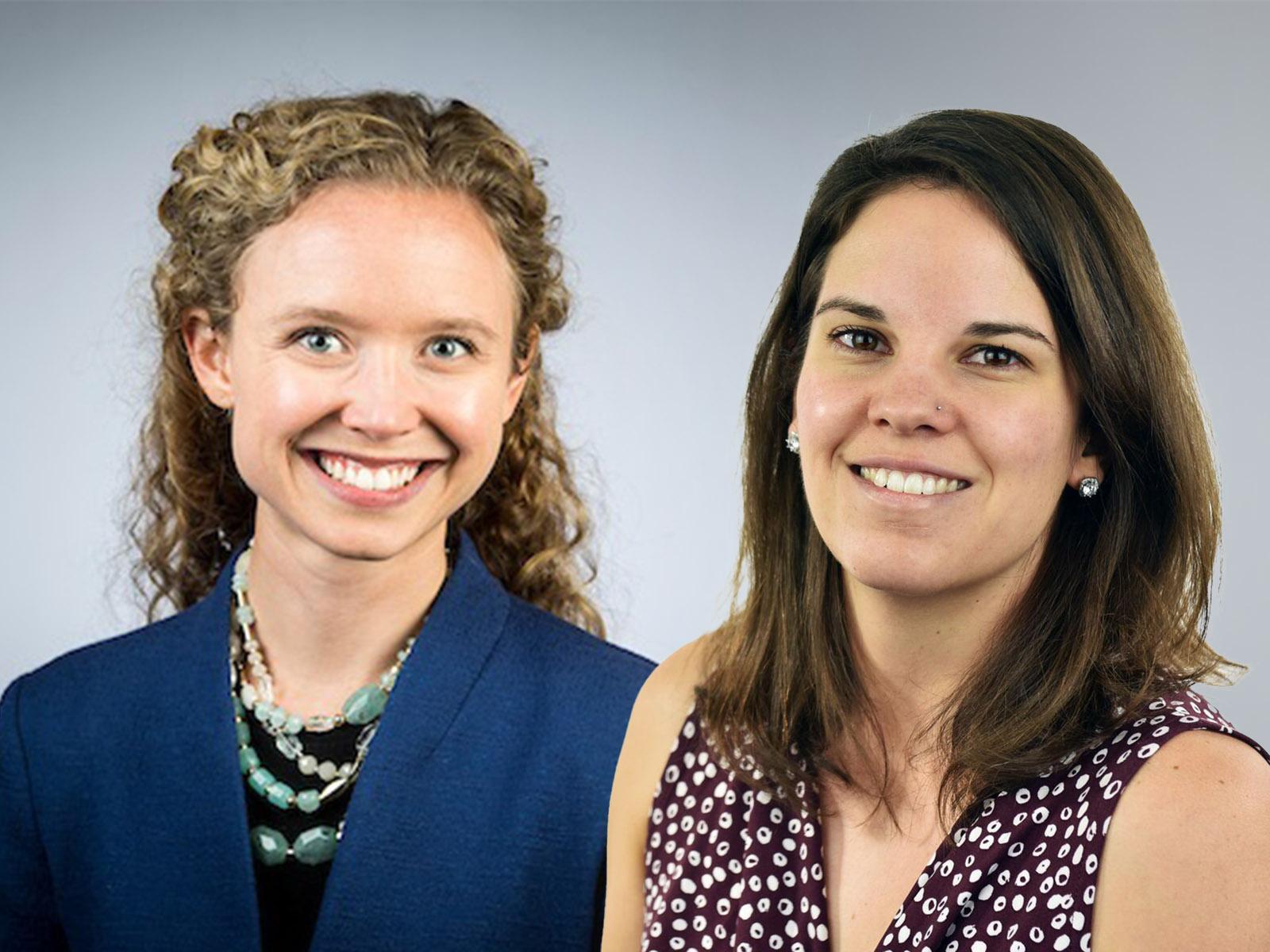 Emily Graham of the Department of Energy's Pacific Northwest National Laboratory and Kelsey Stoerzinger of Oregon State University and joint appointee at PNNL have been selected to receive 2022 Early Career Research Program awards. Both are leading scientists in their fields of study supporting research at PNNL that is fundamental to understanding how natural processes work.

They are among 83 early career scientists the Department of Energy (DOE) has selected. The competitive annual award comes with five years of research support that usually totals about $2.5 million. This year’s awardees represent 47 universities and 13 National Labs in 29 states.

Fifty-five percent of the world’s population lives in urban areas. That proportion is expected to grow to nearly 70 percent by 2050. Not enough is known about how that urbanization shift will affect coastal ecosystems and Graham, an earth scientist who started at PNNL in 2015, wants to change that.

Graham will use the award funds to understand how coastal ecosystems affect climate change. These systems, Graham wrote in her Early Career proposal, “disproportionately impact the global carbon cycle.”

To do this, Graham will team with 16 collaborators that routinely collect hydrologic and biogeochemical measurements in three coastal urban centers with different population densities, land uses, and climates. This team--a mixture of federally funded, university, and nonprofit groups--will create a one-of-a-kind network while also supporting place-based learning and the inclusion of underrepresented groups in science.

The group will use field surveys and a model-experiment workflow to create a framework of coastal urban carbon cycles. The information gathered will provide a basis for alleviating key uncertainties in existing multiscale models for the DOE Office of Science, Biological and Environmental Research program. Those models will enable enhanced predictions of the global climate system.

As part of PNNL’s Microbiome Science Team, Graham is a key member of the DOE-funded multi-year Soil Microbiome Science Focus Area. She is the Integrated Research Platform lead in Biogeochemical Transformations for the Environmental Molecular Sciences Laboratory User Facility, as well as a coordinator of the 10-year Molecular Observation Network campaign. Graham holds a joint faculty position in the School of Biological Sciences at Washington State University. She earned a PhD in biogeoscience and environmental studies at the University of Colorado at Boulder in 2015.

The awardees list also includes Oregon State University chemical engineering assistant professor Kelsey Stoerzinger, who has held a joint appointment at PNNL since 2018 and was a Linus Pauling Postdoctoral Fellow at PNNL from 2016 to 2018.

Stoerzinger will use her early career award to develop a deeper understanding of electrochemical processes used to convert nitrate into ammonia, and to design and test catalysts that target this reaction. Stoerzinger, who won an early career award from the National Science Foundation in 2021, will investigate an electrochemical option for ammonia synthesis in which an electric current is passed through a device containing nitrate-contaminated water.

Early career awardees were selected based on peer review by outside scientific experts.

“Supporting America’s scientists and researchers early in their careers will ensure the U.S. remains at the forefront of scientific discovery and develops the solutions to our most pressing challenges,” said U.S. Secretary of Energy Jennifer M. Granholm. “The funding announced today will allow the recipients the freedom to find the answers to some of the most complex questions as they establish themselves as experts in their fields.”