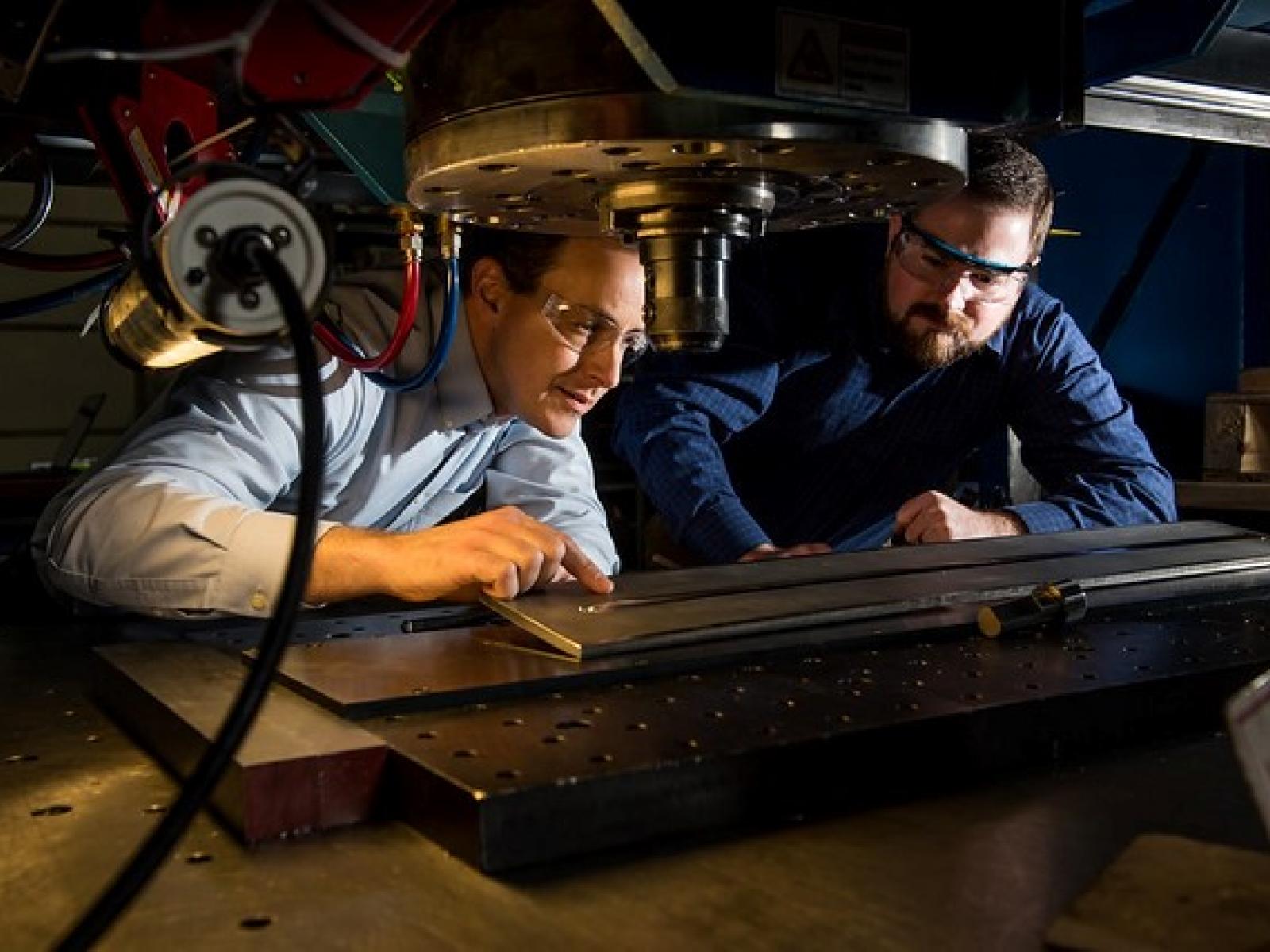 PNNL friction stir technology used on stainless steel revealed that the steel resists erosion more than three times that of its unprocessed counterpart.

A study that evaluated the use of a material processing technology on stainless steel has shown that the steel resists erosion more than three times better than its unprocessed counterpart.

Results of the evaluation, performed by a team of PNNL materials scientists, were published in the journal Applied Surface Science.

For the study, the PNNL team evaluated 304/304L stainless-steel plates. Known for its high strength and excellent resistance to corrosion, 304/304L stainless steel is commonly used in many industries, such as chemical processing, food and beverage processing, and power generation such as hydropower operations.

First, the team used friction stir processing tools at PNNL to modify the stainless steel. With friction stir processing, a rotating tool plunges into the material, creating “friction” between the tool and the metal that results in localized heating as the tool moves along a path across the material. The uniqueness of this processing is that the heat input generated during processing can be well controlled by manipulating power. The resultant controlled heat softens the material, significantly enhancing properties, such as refining the material’s grains—tiny crystals that make up the metal—making it stronger or more flexible.

“Temperature plays a significant role in friction stir processing and can directly affect the properties of the material,” said Hellen Jiang, a PNNL materials scientist who co-led the evaluation. “The ability to control temperature increases material quality and repeatability of the processing, and we gain a better understanding of processing parameters and properties.”

She added, “In this study, we were able to consistently monitor and control the temperature throughout the friction stir processing using a temperature control algorithm and obtained materials processed at different temperatures—specifically 800oC and 740oC.”

Once the samples were processed, they were sent to a test facility where they were placed in conditions that would induce cavitation erosion in the material. Inducing the erosion was performed against an industry standard—ASTM G134—the first time cavitation testing of friction stir-processed specimens was performed to this standard.  Using this standard, the testing conditions are more realistic compared to other methods, and it takes significantly less time to perform testing compared to real water flow.

This finding has significant implications for the hydropower industry, including providing reliable and sustainable repair and manufacturing of hydraulic components like runner blades, wicket gates, and guided vanes. Improved cavitation erosion resistance has the ability to directly boost power generation efficiency and survival rates of fish passing the dam.

Friction stir processing is part of PNNL’s growing suite of capabilities in Solid Phase Processing—or SPP, a disruptive approach to metals manufacturing that can be better, cheaper, and greener than melt-based methods typically associated with metals manufacturing. The evaluation was performed with funding from DOE’s Water Power Technologies Office.