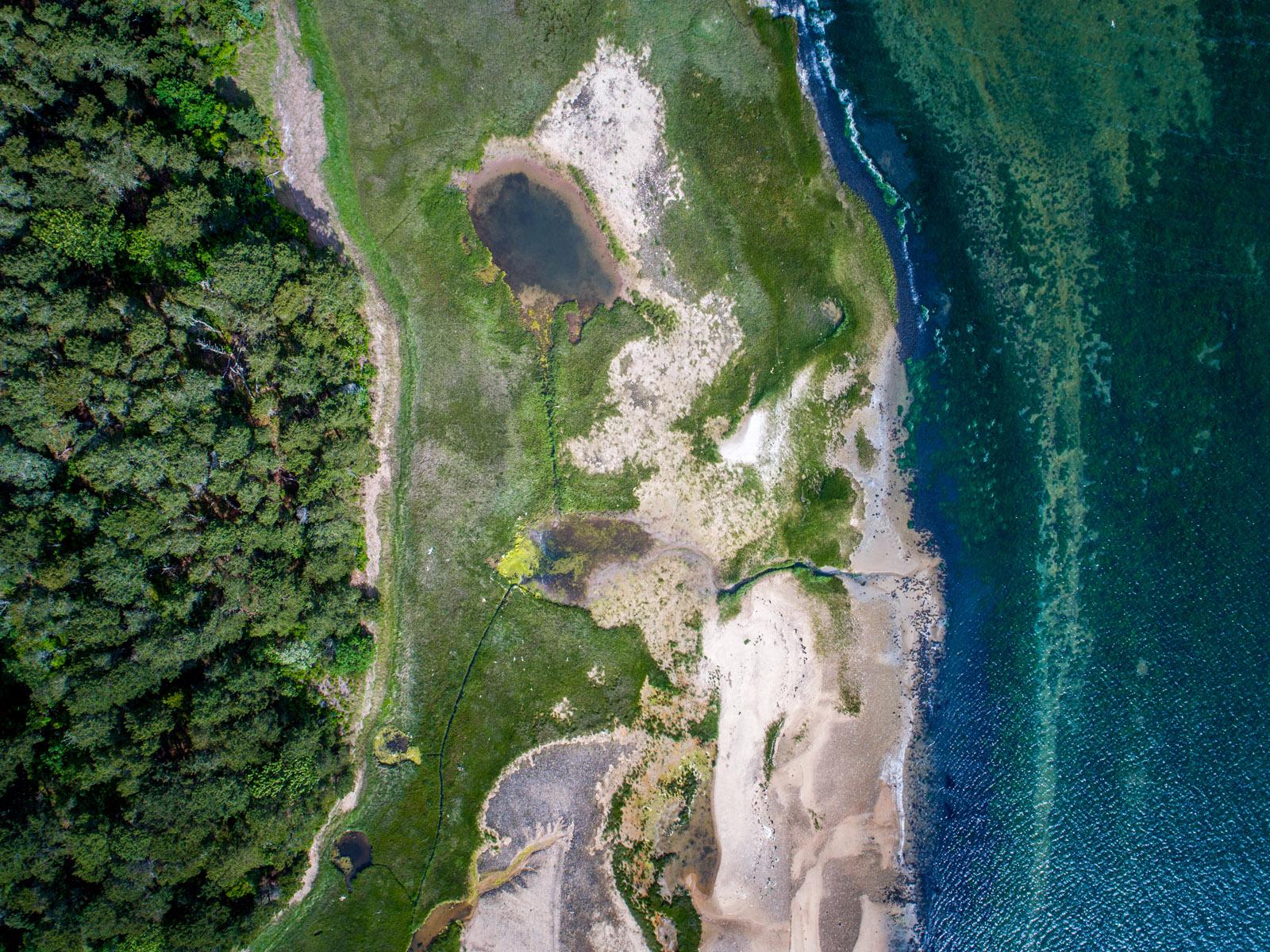 Coastal interfaces are some of the most biologically and geochemically diverse ecosystems on the planet. Photo by Nathan Anderson on Unsplash.

We live, work, and play at the coast.

About 40 percent of the world’s population currently lives near the coast. Much of the world’s energy, defense, and industrial infrastructure is located on the coast, and shipping through coastal ports accounts for more than 90 percent of global trade.

But coastal landscapes are also vulnerable to global change. By 2100, more than twice as many people could live in areas susceptible to flooding, given sea level rise, urban growth, immigration, and high carbon dioxide emission scenarios.

“The main global climate [computer] models researchers use currently describe the coast as a pixel that is essentially half land and half ocean,” said PNNL biogeochemist Nick Ward. “It just hands off the land to the sea.”

In a recent review article, published May 18 in Nature Communications, an interdisciplinary team of researchers led by Ward proposed a path to refining the representation of coastal interfaces in Earth systems models used to predict the climate on Earth. They suggest describing the functions of coastal interfaces on an ecosystem scale, classifying coastal ecosystems into a few functional types, using detailed models that exist at local scales for those categories, and then applying lessons learned from local models to similar coastal ecosystems around the entire globe.

Earth system models describe how ecosystems around the world interact through nutrient and energy transfer to influence climate. Biological and geochemical diversity are the foundation of many of those transfer cycles, and coastal ecosystems are home to some of the most biologically and geochemically diverse systems on the planet.

However, most details about the function of coastal ecosystems is missing from current Earth system models. These models currently represent a coastal interface as a simple transition between land and sea. In reality, the interface is a gradual shift, shaped largely by the balance between tidal flow and freshwater discharge from land.

Geography—steep or shallow coastlines—is a primary factor that influences how freshwater and seawater interact at a coastal interface. The effect of tides travels further inland through tidal rivers for shallower coastlines than one where rocky cliffs meet the sea. Also, following the flow of water at a coastal interface reveals processes and gradients from the scale of molecules and microbes to trees and sediment.

The mix of freshwater and saltwater at a coastal interface generates a salinity gradient that influences the types of plants that grow inland as well as the composition of microbial communities living in the soil and sediment. The plants and microbes in a coastal area affect the nutrient and carbon cycles of an ecosystem, and sediment washed from land into rivers and estuaries influences the nutrient availability.

“These factors have been studied in labs and at different sites around the world,” said Vanessa Bailey, a soil scientist at PNNL. “Now we want to bring together everyone studying the interface between land and the sea to better understand the connected processes happening in coastal interfaces on the ecosystem scale.”

With so many interconnected processes happening in coastal ecosystems, scientists face many questions when creating detailed predictive models of the function and response of coastal interfaces. Which coastal processes and which land-based processes need to be included? On what geographic and time scales? Do the models reflect how coastal ecosystems could respond to global change?

In their article, the team of interdisciplinary researchers from academia, national laboratories, and federal agencies proposes a strategy to answer those questions. One way to represent coastal interfaces in Earth system model is with a model of every coastal ecosystem in the world. However, with 372,000 miles of coastline around the world, the researchers acknowledge that task is unfeasible.

Functional classifications could describe geographic features, like rugged coastlines or gently sloping beaches. They could describe ecosystems in ways that gather different types of estuary systems, tidal flats, or shorelines together.

“As the scientific community develops these models, it will also reveal gaps where more observational data are needed to validate the models,” Ward said. To gather that data, he and his colleagues recommend leveraging existing long-term ecological monitoring networks and directing the research toward common questions.

The task ahead is something no one can do alone, the team concluded. Ward agreed: “Developing these detailed models will require coordination across institutions, funding agencies, and existing long-term research networks to develop a global-scale understanding of coastal interfaces.”