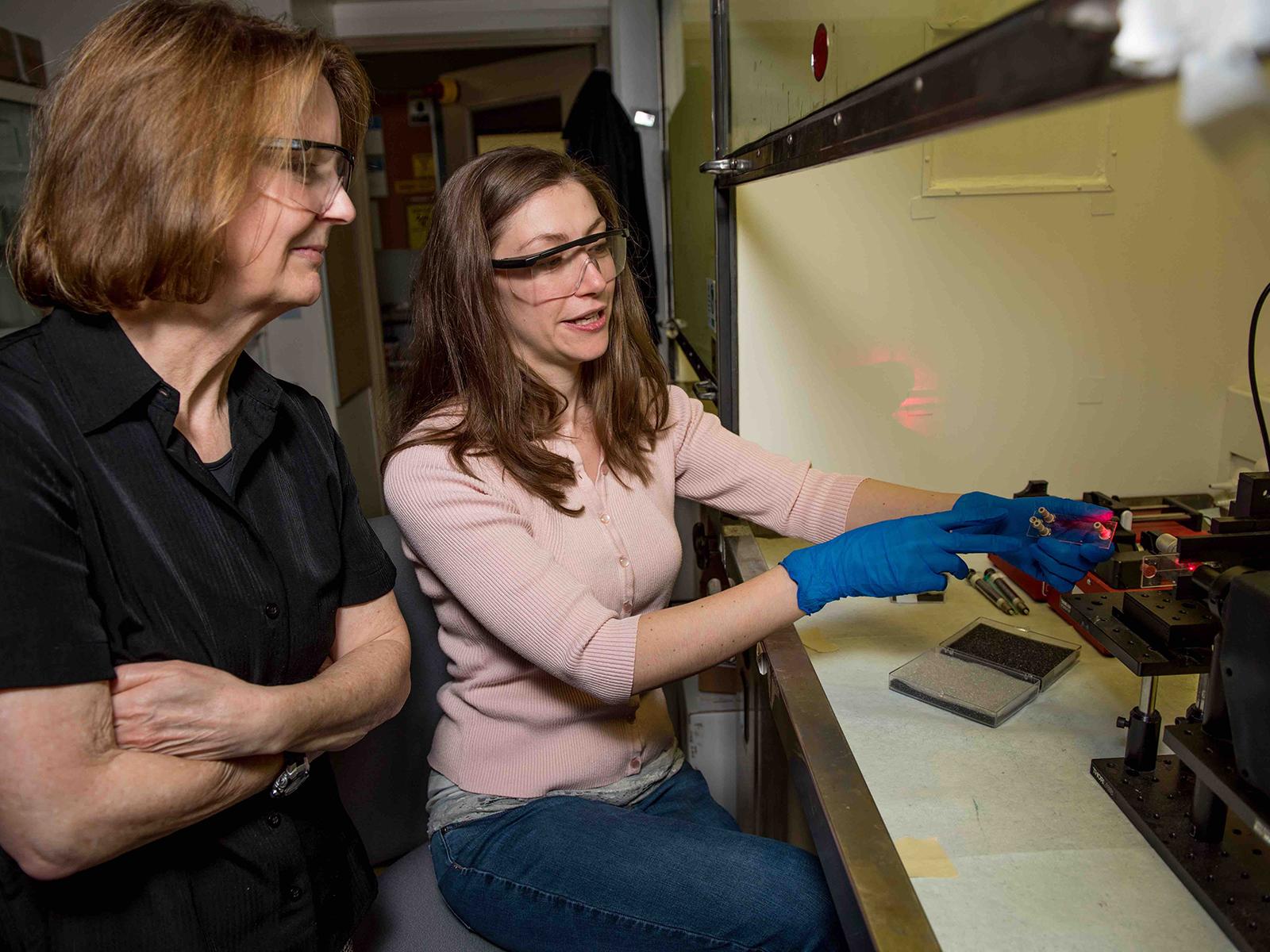 A PNNL and Washington State University (WSU) chemist and former presidential appointee was honored by the world’s largest scientific society for her contributions in nuclear chemistry research. She has worked toward resolving our country’s legacy of radioactive waste, advancing innovation in nuclear safeguards and forensics, building the pipeline of future radiochemists, and developing landmark nuclear research capabilities.

Sue Brannon Clark, a Battelle fellow at PNNL and regents professor at WSU, is the 2020 recipient of the Glenn T. Seaborg Award for Nuclear Chemistry from the American Chemical Society (ACS).

She will receive her award and give a technical address—“Radiochemistry and its applications in radioactive waste management and nuclear security”—in March at the ACS spring 2020 national meeting in Philadelphia.

Clark holds several leadership positions at PNNL, including chief science and technology officer for the Energy and Environment Directorate, and director of the Interfacial Dynamics in Radioactive Environments and Materials (IDREAM) Energy Frontier Research Center, which focuses on the foundational science needed to accelerate the processing of high-level radioactive waste.

“This recognition by the ACS is actually a tribute to all of my former students, postdocs, visiting scientists, and my collaborators at PNNL, WSU, and beyond,” Clark said. “The opportunity to work with such fantastic people and learn from them has been incredibly rewarding.”

“Professor Clark’s most enduring and impactful contributions have been her work on radionuclides in the environment and in environmentally relevant systems,” Bryant wrote in the nomination letter. “These efforts provide the technical basis for environmental risk assessments and estimates of radionuclide transport in the surface and subsurface environments.”

Clark’s research on uranium and associated actinides and fission products will enable safe disposal of commercial spent nuclear fuel once a geologic disposal facility is identified, Bryant noted. “More recently, (Clark) has focused her attention on the chemistry needed to retrieve high-level radioactive waste from the Hanford waste tanks. These results are being used to enable start-up of waste processing at Hanford, as early as 2022.”

In 2011, President Barack Obama appointed Clark to the U.S. Nuclear Waste Technical Review Board (NWTRB), where she served until 2015. In that post, she reviewed the U.S. Department of Energy’s programs for managing the nation’s high-level radioactive waste and commercial spent nuclear fuel, as well as waste disposal site selection. She also provided valuable insight about the management of high-level radioactive waste around the world.

Advocating for Investments in Nuclear Research

Following the September 2001 terrorist attacks, Clark was one of the scientific leaders called upon to address worldwide concerns about nuclear materials security. In particular, Clark’s policy work focused on strengthening both academic radiochemistry programs and radioanalytical chemistry applications for the U.S. government and the International Atomic Energy Agency (IAEA).

“Sue is an internationally recognized leader in nuclear chemistry,” said Christopher Keane, vice president for research at WSU. “In addition to her outstanding research record, Sue dedicated her career to establishing the WSU Chemistry Department as one of only a handful of universities nationwide that provide undergraduate and graduate degrees in radiochemistry. Her leadership and achievements are extraordinary and it’s wonderful to see her work recognized with the Glenn T. Seaborg Award.”

Nathalie A. Wall, professor of Nuclear Engineering at the University of Florida and a former WSU colleague, noted one of Clark’s most lasting contributions to radiochemistry is “her determined engagement” to ensure the nation has a pipeline of students, faculty, and scientists involved in nuclear chemistry.

“The need to develop exciting career pathways for junior scientists and engineers into fields such as nuclear forensics and nuclear safeguards remains critical,” Wall wrote in a letter of recommendation for the award

Clark began her joint appointment in 2015 after 19 years as a WSU faculty member, chemistry department leader, and long-time collaborator with PNNL researchers. During her WSU career, she successfully guided more than 27 graduate students to their doctoral or master’s degrees.

Clark has been a member of ACS since 1984. In addition to holding several leadership positions, in 2012 she received the ACS Francis P. Garvan-John M. Olin Medal for her contributions to understanding the chemistry that governs the behavior of actinides in the environment and her tireless efforts to bring gender diversity to university chemistry departments.

Clark earned her doctorate in inorganic and radiochemistry at Florida State University and has produced more than 136 publications. Her work has been cited more than 1,600 times by other scientists building on her research.

The ACS Glenn T. Seaborg Award for Nuclear Chemistry has been awarded annually since 1955. Clark was announced as the 2020 recipient at the ACS fall national meeting.