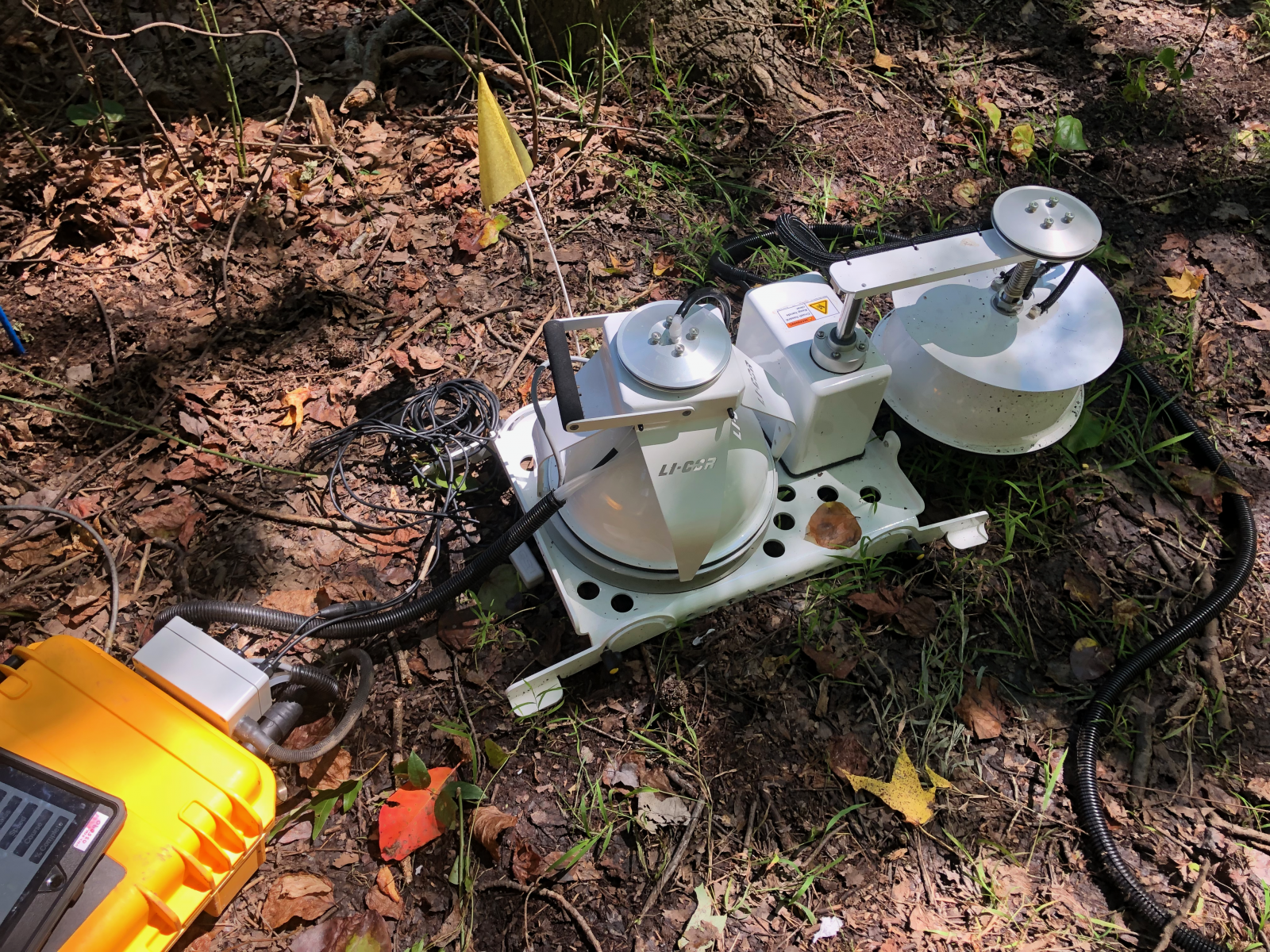 Collecting datasets from laborious field campaigns seems like it should be more difficult than finding and comparing data from different campaigns. Unfortunately, that often is not the case. According to Pacific Northwest National Laboratory (PNNL) Earth scientist Jinshi Jian, “Assembling datasets for comparison is difficult and time-consuming work. Units, conventions, nomenclatures—a lot of things can vary in confusing ways.” Data can also be inaccessible behind paywalls or impossible to download.

These problems exist across most fields, but a collaboration between researchers working with measurements of gas exchange between the soil and atmosphere made by automated systems, also known as soil-atmosphere flux measurements or soil respiration, is moving their field toward a solution.

Understanding how levels of gases entering and leaving the soil change in response to changes in the atmosphere is crucial to get a full picture of the evolving global carbon cycle and resulting climate changes. Datasets measured in the field often focus on a highly specific geographic area and present broad formatting compatibility issues, but stitching them together to create a more global dataset could provide broad biogeochemical insights.

To move science forward, a global group of researchers from more than 70 institutions contributed to the COSORE (short for COntinuous SOil Respiration) database with the goal of creating a broad resource containing standardized soil flux datasets from around the world that have been converted into a useful form for researchers. In an effort led by PNNL’s Ben Bond-Lamberty, COSORE launched last month with over 8 million data points available. According to Bond-Lamberty, members of the research community are already excited about the project.

Creating an accessible package for students and researchers

A decade ago, Bond-Lamberty worked on a similar project and created a database (the Soil Respiration Database or SRDB) of annual flux measurements that has been widely used since its inception. The creation of SRDB provided valuable lessons on database design and the usefulness of a large data repository, which shaped his philosophy while building COSORE.

COSORE’s creation process was quite rapid. Bond-Lamberty took the idea from conception to publication in approximately eighteen months, a quick turnaround for such a large project.

“A guiding philosophy building COSORE was to make it robust and high quality, but also not to let the perfect be the enemy of the good. I wanted to make sure the package was usable and accessible to scientists with a range of statistical and programming skills,” said Bond-Lamberty.

COSORE’s usability was put to the test this summer. Bond-Lamberty worked with a high school intern over the summer who used the package to examine the temperature sensitivity of soil-atmosphere gas fluxes, paying particular attention to differences based on location and the day versus night cycle.

A particular advantage of COSORE is that it creates new research possibilities. Many of the datasets it holds are so specialized that, on their own, only a small group of researchers would be interested in them. However, by combining these datasets, COSORE allows users to compare trends across different areas of the globe, potentially providing unique new insights.

Broadening the number of available datasets is just one benefit of COSORE. Having a central repository helps protect the scientific field from losing the flux data, even if the underlying data vanishes through broken storage and email chains. Finally, COSORE will hopefully accelerate science by saving researchers the time and effort of assembling disparate datasets.

Bond-Lamberty hopes COSORE will continue to grow as researchers submit more templated data to the database. Datasets from locations in North America, western Europe, and China dominate the database, leaving gaps in important tropical regions. As new datasets from important regions get collected, COSORE can make them available to researchers around the world who can use the resource to push their science further forward.