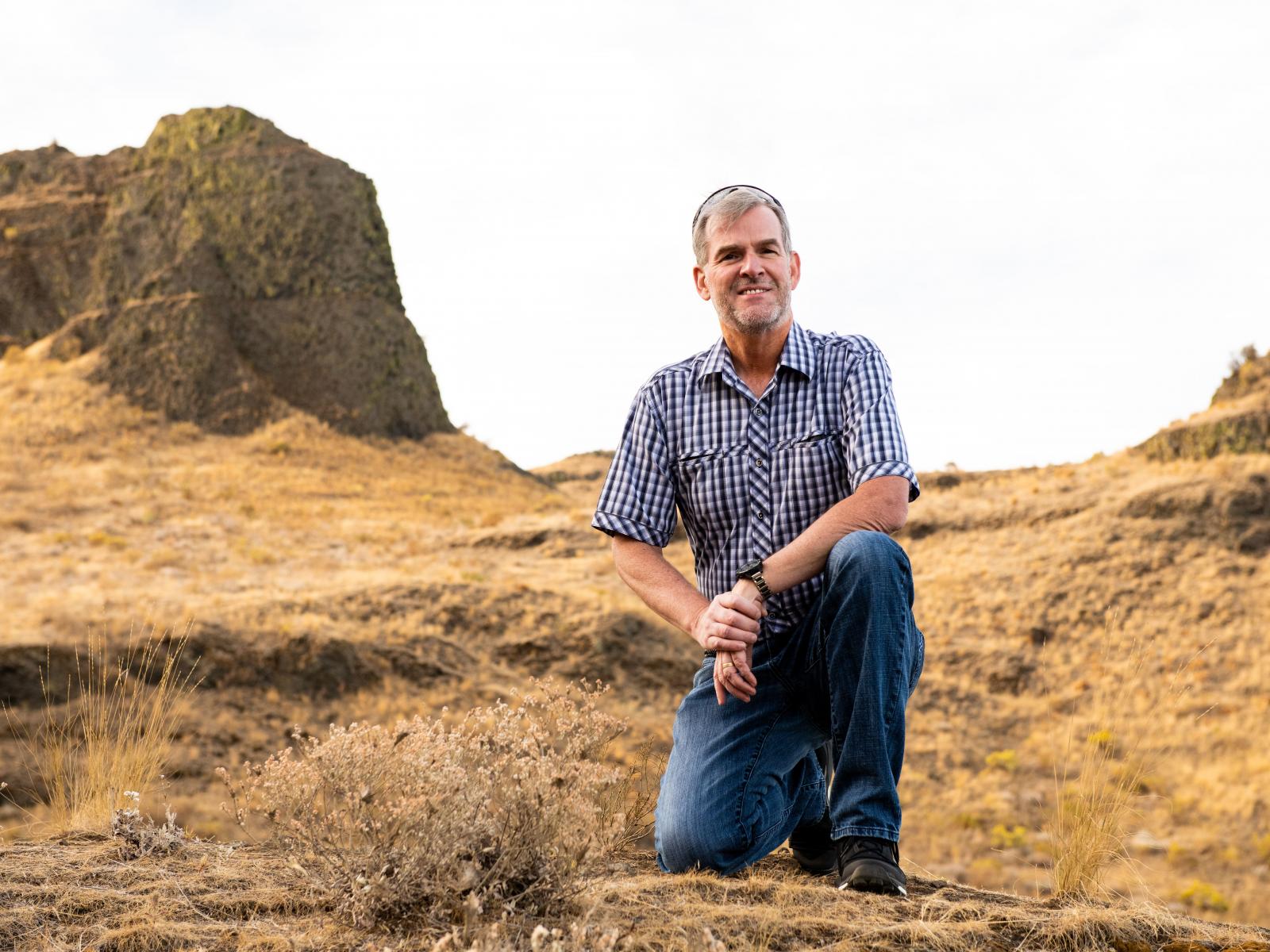 PNNL Lab Fellow and chemical engineer Pete McGrail and his colleagues are helping advance solutions for capturing and storing carbon dioxide, which could be important to gas and coal generation plants and industries such as iron and steel production.

Reducing and eventually eliminating carbon dioxide and other greenhouse gas emissions are essential to addressing climate change. But what do we do in the meantime?

We must find ways to deal with emissions as we transition from fossil fuels to clean alternatives, as well as reclaim some of the CO2 that already has made its way into the atmosphere.

Her announcement was made at the 26th United Nations Climate Change Summit, COP26, which brought leaders from nearly 200 nations to Glasgow to discuss plans for reducing greenhouse gas emissions.

Scientists at DOE’s Pacific Northwest National Laboratory are among those conducting research related to carbon capture and storage.

Building on their first-of-its-kind demonstration project to inject CO2 into the basalt in nearby Wallula, Wash., they are advancing solutions that could be replicated around the world.

More than a decade ago, our scientists conducted laboratory tests that predicted it would take only a few years for CO2 to mineralize as a result of reacting with basalt. Although these lab results were promising, they wanted to know if they held up in the real world.

And to do this, they needed to study the reaction, how quickly it occurred and whether the CO2 would be locked away for good.

In 2013, about 1,000 metric tons of CO2 were injected into a well drilled into basalt lava flows about half a mile underground near Wallula.

This was the first field study to show that CO2 would mineralize when injected into basalt as part of a natural process that required no additional energy. In just two years, 60 percent of the CO2 had already turned into a carbonate similar to limestone, with no risk of leaking.

Scientists further proved that the CO2 incorporated into the rock was indeed the same CO2 they had injected. By analyzing the isotopes, they can tell the difference between naturally occurring and manmade carbonates.

Now, PNNL researchers are digging deeper to understand how to accelerate the process and find cost efficiencies so geological storage solutions like this could be deployed at commercial scale around the globe.

While other carbon storage technologies involve first dissolving CO2 in water, the PNNL approach does not rely on pumping carbonated water through the basalt reservoir. Instead, the Wallula field study is the only demonstration to use supercritical CO2—a liquid form of CO2 obtained by subjecting gaseous CO2 to the right combination of temperature and pressure.

Supercritical CO2 is highly reactive as soon as it encounters water in the reservoir, which makes this approach suitable in more locations and could help keep costs down.

Looking ahead, scientists are studying the mineralization process and improving the accuracy of models used to predict the fate of captured CO2.

They also are conducting basic research into new ways to reduce the cost and energy-intensity of directly capturing CO2 from the air, which is more difficult than capturing emissions from a power plant, for example.

PNNL also is exploring issues related to where CO2 might be stored, regardless of how it was captured, including characterizing potential storage sites and addressing the challenges associated with siting and permitting.

Options abound given that major basalt formations are found on every continent, as well as offshore and in the deep sea. In fact, PNNL scientists already have conducted lab experiments with basalt samples from India and determined they behaved the same as Columbia River basalts.

It is exciting that a field demonstration in our own backyard may help pave the way to global greenhouse gas storage solutions.

And it is rewarding that PNNL scientists are delivering the underlying science that may allow ancient basalt flows to be tomorrow’s solution for today’s climate challenges.