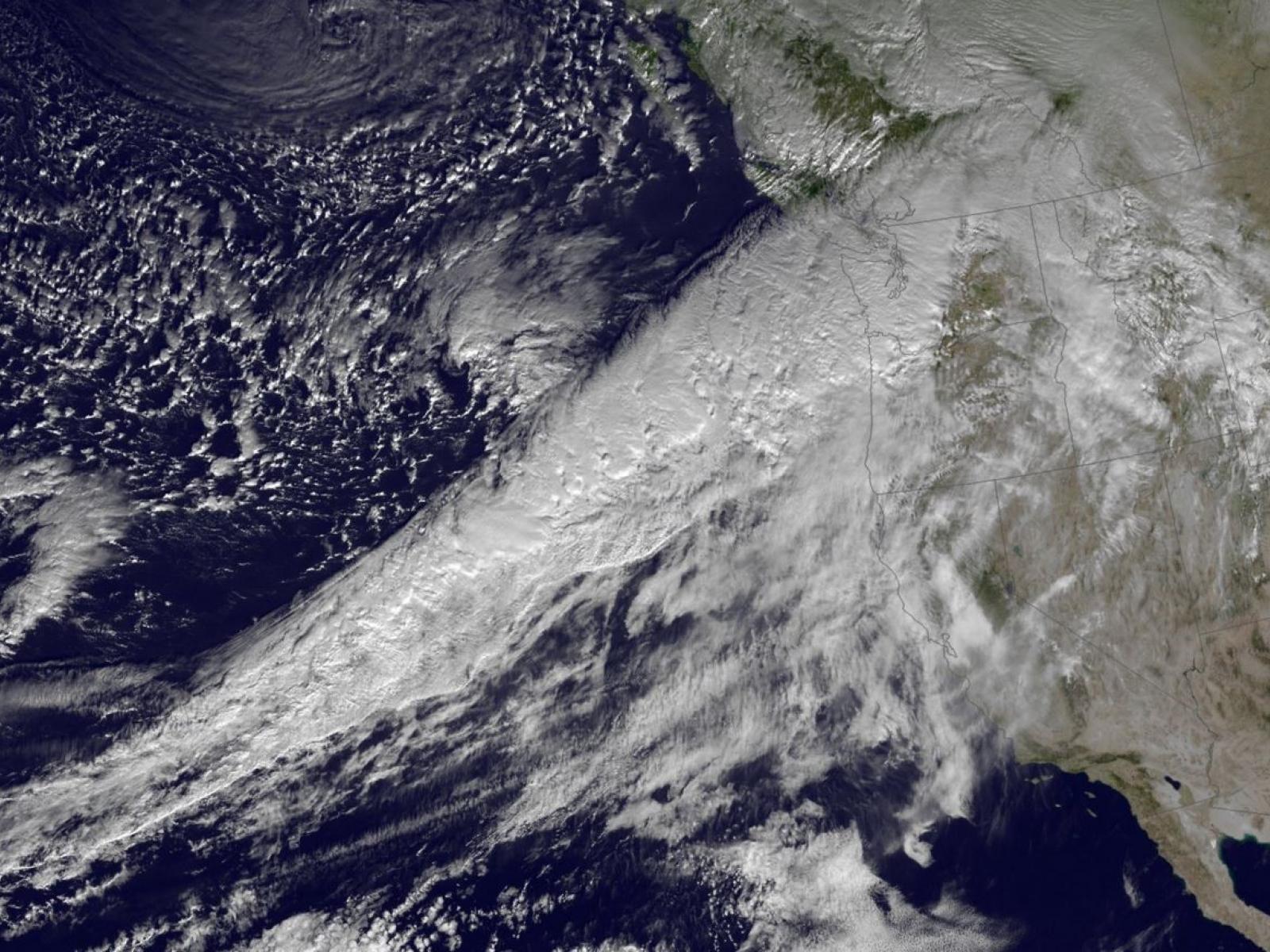 (Image by the National Oceanic and Atmospheric Administration [NOAA])

Extreme precipitation on the U.S. West Coast is primarily associated with landfalling atmospheric rivers (ARs), which are long, narrow bands of intense moisture transport in the atmosphere. Previous research shows that remote oceans have effects on ARs, but the role of local sea surface temperature (SST) is not well understood. Recent work revealed that the enhanced evaporation from warmer local SSTs increases the size and intensity of landfalling ARs by increasing available water vapor. Furthermore, warmer local SST destabilizes the atmosphere, resulting in stronger precipitation and amplifying the flood risk from landfalling ARs.

As a vital component of the U.S. West Coast water cycle, ARs are responsible for most of the cold season extreme precipitation and coastal region flooding. ARs develop and spend much of their lifecycles over the ocean before making landfall. As SST varies seasonally and from year to year, understanding its impacts on AR intensity and precipitation may improve the prediction of flood risks when ARs make landfall. Furthermore, with future rising temperatures, understanding the relative impacts of variations in remote vs. local SST will aid in projecting changes in ARs and the associated extreme precipitation.

Researchers analyzed the response of landfalling ARs to different local SSTs along the U.S. West Coast. They conducted two regional climate simulations of the western U.S. and the northeastern Pacific Ocean during 2002-2015. These simulations utlizied the same input and differed only in local SST conditions. The researchers also developed a novel method to track landfalling AR spatial coverage in these high-resolution simulations. In the warmer local SST condition, the west coast experienced more landfalling ARs due to increases in the spatial extent of ARs and the emergence of additional ARs.

This research was supported by the U.S. Department of Energy, Office of Science, Biological and Environmental Research program as part of the Regional and Global Modeling and Analysis and Multi-Sector Dynamics program areas.