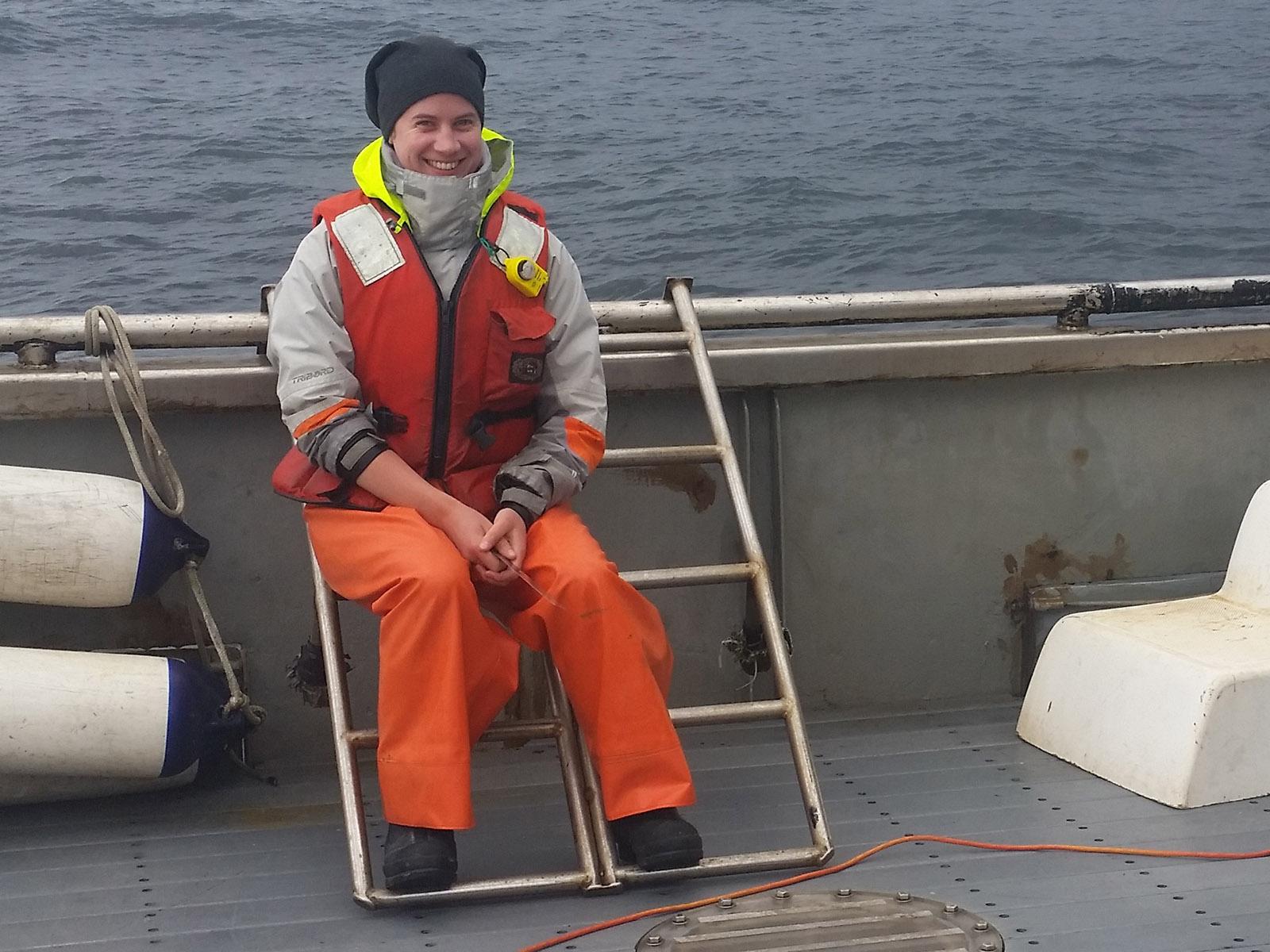 Marine renewable energy (MRE) harnesses the power of tides, waves, and ocean currents to generate electricity using devices, such as wave energy converters and tidal turbines. Recent stories of blackouts in California and impacts of hurricanes in the southern U.S. states might suggest these renewable energy devices should be widely used in our coastal communities to generate clean, reliable energy. So why aren’t they?

Before implementing MRE devices along our coastlines, it is important to understand how their presence might impact the environment. A better understanding of physical systems, ecosystems, and the diverse species of marine animals that live on the ocean floor and swim in the waters around a proposed development area is crucial. The U.S. Department of Energy Water Power Technologies Office’s Triton Initiative, through the Triton Field Trials (TFiT) campaign, is creating recommendations for the use of environmental monitoring technology and methods to study and understand the specific stressors. Stressors are known parts of an MRE device or system that may stress or harm the marine environment, as defined by the State of the Science Report published earlier this year.

TFiT studies four of these environmental stressors, including collision risk, underwater noise, electromagnetic fields, and changes in habitat. The team is working toward determining and deploying the best methods and technologies for monitoring at real sites to define best practices. Additionally, the TFiT team is consulting with developers, regulators, and policy makers to learn how the environmental monitoring technology and methods recommendations can best serve them. In 2019, Lenaig Hemery, marine biologist and scientific diver, brought her expertise to the Pacific Northwest National Laboratory’s Marine and Coastal Research Laboratory, where she now leads TFiT's changes in habitat research.

Studying habitat changes is no easy feat. It involves a deep understanding of ecological systems. Tackling such a complex research topic is possible because of Hemery’s expertise. “It helps being a scientist with a broad understanding of the ecology, diversity, and functioning of marine benthic and pelagic habitats in areas targeted for MRE,” says Hemery, “and having extensive fieldwork experience is also valuable.” Hemery’s experience as a research diver is a huge asset. Her firsthand understanding of the challenges of underwater surveying helps guide her approach to methods testing.

Hemery’s journey to the Pacific Northwest National Laboratory started in France, where she received a bachelors in organisms and population biology from the University of Western Brittany, a masters in systematics and evolution from the University of Pierre and Marie Curie, and a doctorate in ecology and evolution from the National Museum of Natural History of Paris, with a focus on Antarctic crinoids. Hemery then dove into the world of MRE during her postdoc at the Hatfield Marine Science Center in Newport, Oregon, where she focused on baseline habitat characterization of sites targeted for wave energy and offshore wind off the Oregon coast. Hemery’s myriad of research experiences has equipped her to contribute to TFiT’s objective.

Of the four stressors TFiT studies, the most complex and nebulous is changes in habitat. This includes a variety of modifications to marine species communities. Hemery’s team is interested in both the benthic organisms—those that live on and in the seafloor, and the pelagic organisms—those that live in the water column. The team studies these organisms on both small and large spatial scales. For instance, changes in habitat could be expected on a tidal energy device if an organism attaches itself to the hard surface. Or, imagine the movement of water around a tidal turbine shifts sediment and changes the sediment characteristics and macroinvertebrate populations of seafloor habitats tens of meters away. To help measure these effects, studies are performed at proposed MRE installation sites before and while devices are deployed.

The diversity of effects MRE devices have on habitats and the methods used to assess them is a challenge. “We rely on work done by others that have paved the way, especially the State of the Science report, for identifying effects and methods already used at MRE sites abroad and at surrogate industries, like offshore wind,” states Hemery. Because research is expensive and labor-intensive, there is a huge collective effort to improve data transferability and learn from what others have found in the past. “Offshore wind energy and oil and gas exploration are industries that often evaluate and monitor their impacts to habitats. Some of the effects are expected to be similar to those caused by MRE and information and lessons learned from these industries can be transferred,” Hemery adds.

Hemery is most interested in gathering metrics such as, changes in species composition (what animals live there), abundance and distribution within those communities, and the alteration of physical habitats. For example, the sediment where marine worms and crabs reside can become flushed away when a device is installed directly on the seafloor. Rocks are home to immobile, structure-forming invertebrates, like sponges and bryozoans, which may get scraped off by cables linking the device back to shore. In the water, fish may gather around an operational turbine. The changes in habitat task aims to quantify these important changes.

Hemery’s role as task lead entails identifying goals and outcomes, scoping the task, guiding the team through the subtasks, ensuring high quality deliverables are produced, and leading the team through unexpected research challenges. During the first year, there have been challenges along the way for the changes in habitat task. Although some things may not have gone according to plan, the team has learned through every obstacle. By the second half of the first year, the team was prepared to test a selection of instruments in Sequim Bay, the field site at the Marine and Coastal Research Laboratory. However, some unexpected events, including a pandemic, complicated the plans and the team had to cancel all field activities. In order to make progress on the project, Hemery creatively redefined the task to include an in-depth literature review that, in addition to highlighting pros and cons of each method, also determined methods new to the MRE context that can be included in future field testing. The immediate next step after the literature review is to refine the methods that have been determined for measuring changes in habitat based on the findings, and then test those methods in the field. After a year of learning and adapting, Hemery looks forward to exploring sites to deploy instruments. The team even acquired a 360-degree underwater camera to use as a video lander to monitor the artificial reef and fish aggregating effect of MRE devices. Hemery cannot wait to use it.

She also looks forward to exploring how ecological models can be used to predict aspects of changes in habitat (see the Triton Story on predictive modeling here). Currently, the biggest challenge for understanding effects on habitats is to have an MRE device in the water long enough so habitats can be properly characterized before and after deployment, allowing for the long- and short-term effects to be monitored. To overcome this challenge, the team can work around surrogates like oceanographic buoys and mooring systems. While the team plans to test multiple approaches, predictive models will be important for making any long-term projections.

Hemery’s work studying MRE impacts to habitats will ultimately contribute significantly to TFiT’s goal of reducing barriers to permitting and facilitate MRE deployments in U.S. waters. Many marine species and habitats, such as nursery grounds, are located in areas favorable for MRE deployment and are already jeopardized by climate change and pollutants from human activity. For MRE to be a sustainable source of renewable energy, deployments need to inflict as little harm to the environment as possible. Part of this is understanding what habitats may be affected by MRE activities and how to prevent further harm. Inversely, sometimes MRE deployment can have beneficial effects, like the creation of artificial reefs or marine reserves, which increase habitats for some species. The challenge is that the extent of each effect needs to be fully understood. By capturing the full picture of how habitats are impacted by MRE device deployments, scientists can inform regulators of any high-risk effects and streamline permitting.

There are so many questions Hemery still hopes to answer and applications she is eager to explore. “I am particularly interested in the long-term effects and adaptations of marine communities around MRE devices, and how long will it take for any potential effects to not be discernable from natural variability anymore,” says Hemery. Her curiosity and expertise will continue to serve the Triton Initiative and push the boundaries of how marine habitats are currently studied and understood.

The remaining TFiT stressors will be featured over the next few months—stay tuned for more discussions on how the Triton team is researching MRE stressors to help remove the barriers to deploying devices.

Hemery diving as a part of MCRL's Research Dive Team.

"I sailed with Lenaig on a cruise out of Coos Bay, OR in 2014 on which we recorded seafloor video imagery as part of an offshore wind farm site assessment. I remember Lenaig as a highly skilled, enthusiastic, and most importantly a fun can-do attituded kind of person!" 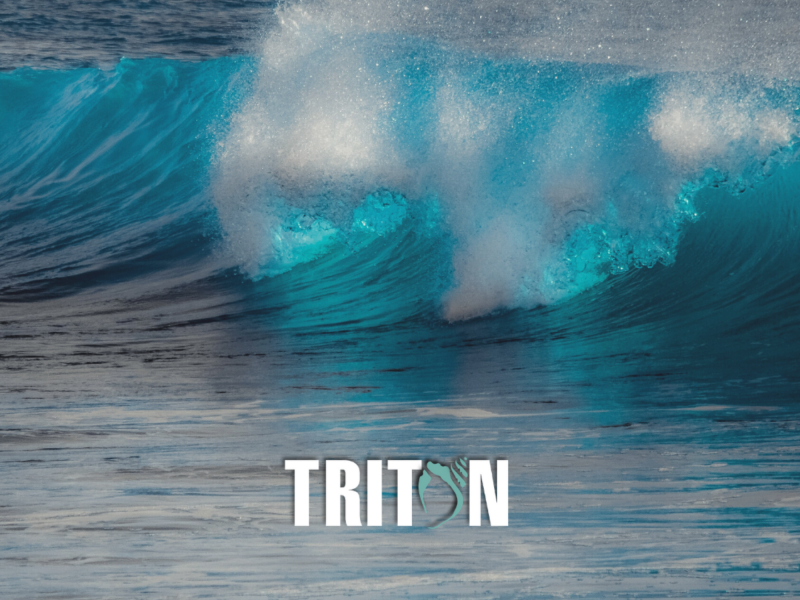 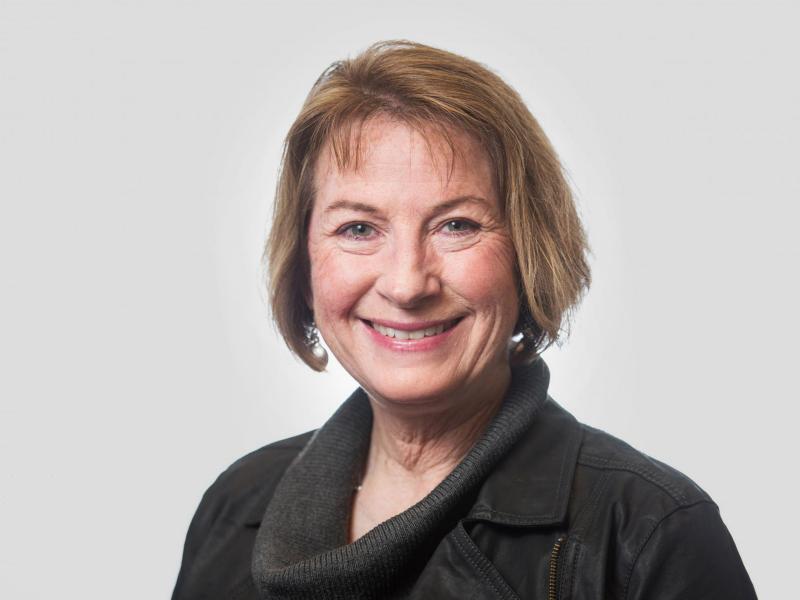 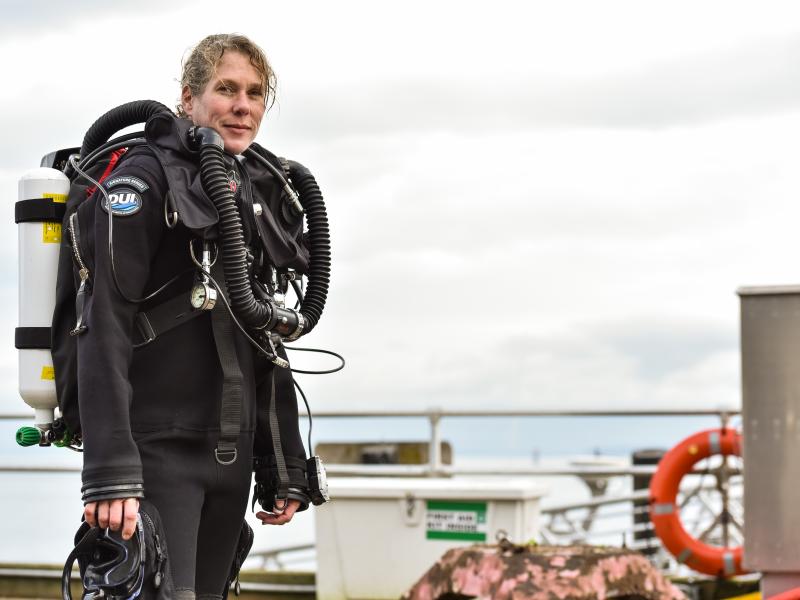