Tracing the Impact of Atmospheric Rivers on Land 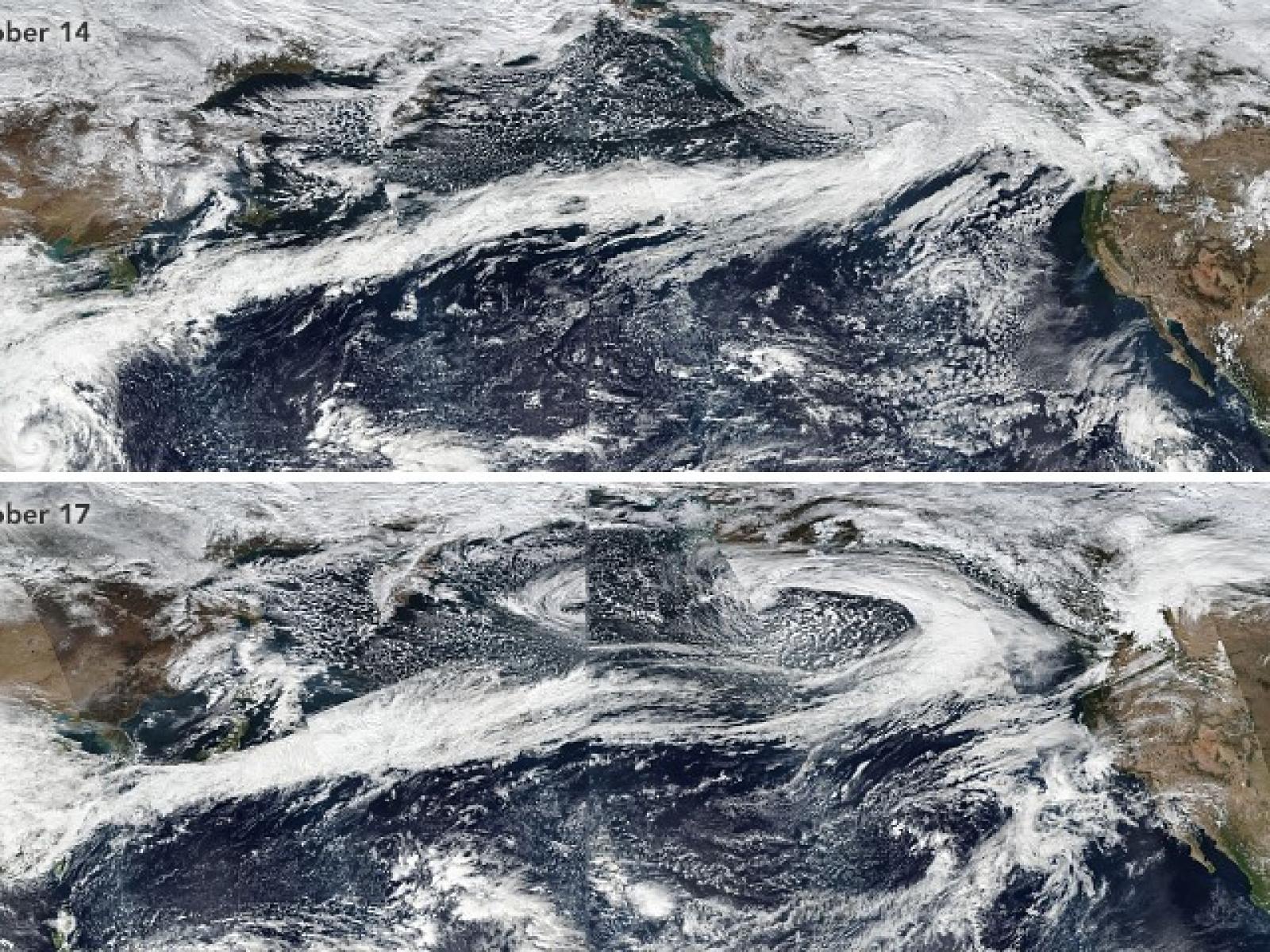 The Impact
BeARs are known to bring heavy precipitation and flooding events to the western U.S. However, researchers have lacked comprehensive datasets that help characterize what happens to the snowpack, soil moisture, evapotranspiration, and runoff that directly impact water resources. Using a multi-decade, high-resolution regional hydroclimate simulation, this study provides a unique process-based analysis and comparison of land surface energy and hydrologic responses to AR and non-AR events. Revealing how ARs modulate rain rate, surface air temperature, and radiation leading to specific hydrologic responses and impacts on water resources, this study underscores the need for additional understanding and prediction of ARs and their hydrologic impacts.

Researchers quantified the land surface water and energy budget responses to AR and non-AR induced precipitation by evaluating a 35-year regional climate simulation at 6 km grid spacing of the hydroclimate in the western United States. They studied AR dates and locations using data from 1981 to 2015 as part of the Atmospheric River Tracking Method Intercomparison Project (ARTMIP). Depending on the snowpack before precipitation, the surface hydrologic cycle exhibits differing responses. Heavy precipitation is the main driver of high runoff response when there is no pre-existing snowpack. In contrast, when there is pre-existing snowpack, the intensified snowmelt under precipitation (known as “rain-on-snow”) leads to a doubling of the runoff response to precipitation. The findings highlight the importance of snowpack response to ARs in the high-elevation watersheds of the West Coast. Given the projected warming and its impacts on snowpack, the roles of snowpack in AR hydrologic response are worthy of further investigation.

Researchers also found that ARs can be used to estimate water resource availability in West Coast watersheds at annual scales. Regression analysis indicates that the annual total occurrence of ARs can explain 30% to 60% of the variations in the annual water resources in coastal watersheds. Further, they revealed that winter AR events increase winter runoff but reduce snowpack that stores water for summer runoff. By reducing cold season snowpack accumulating by April, ARs increase runoff seasonality and reduce water supply for the summer.

Funding
This study was supported by the Strategic Environmental Research and Development Program (SERDP) and the U.S. Department of Energy Office of Science Biological and Environmental Research as part of the Regional and Global Modeling and Analysis and Multi-Sector Dynamics programs. This material is also based upon work funded by the U.S. Department of Energy, Office of Energy Efficiency and Renewable Energy (EERE) and Water Power Technologies Office (WPTO). This research used computational resources from PNNL Institutional Computing (PIC) and the National Energy Research Scientific Computing Center (NERSC), a DOE Office of Science user facility.