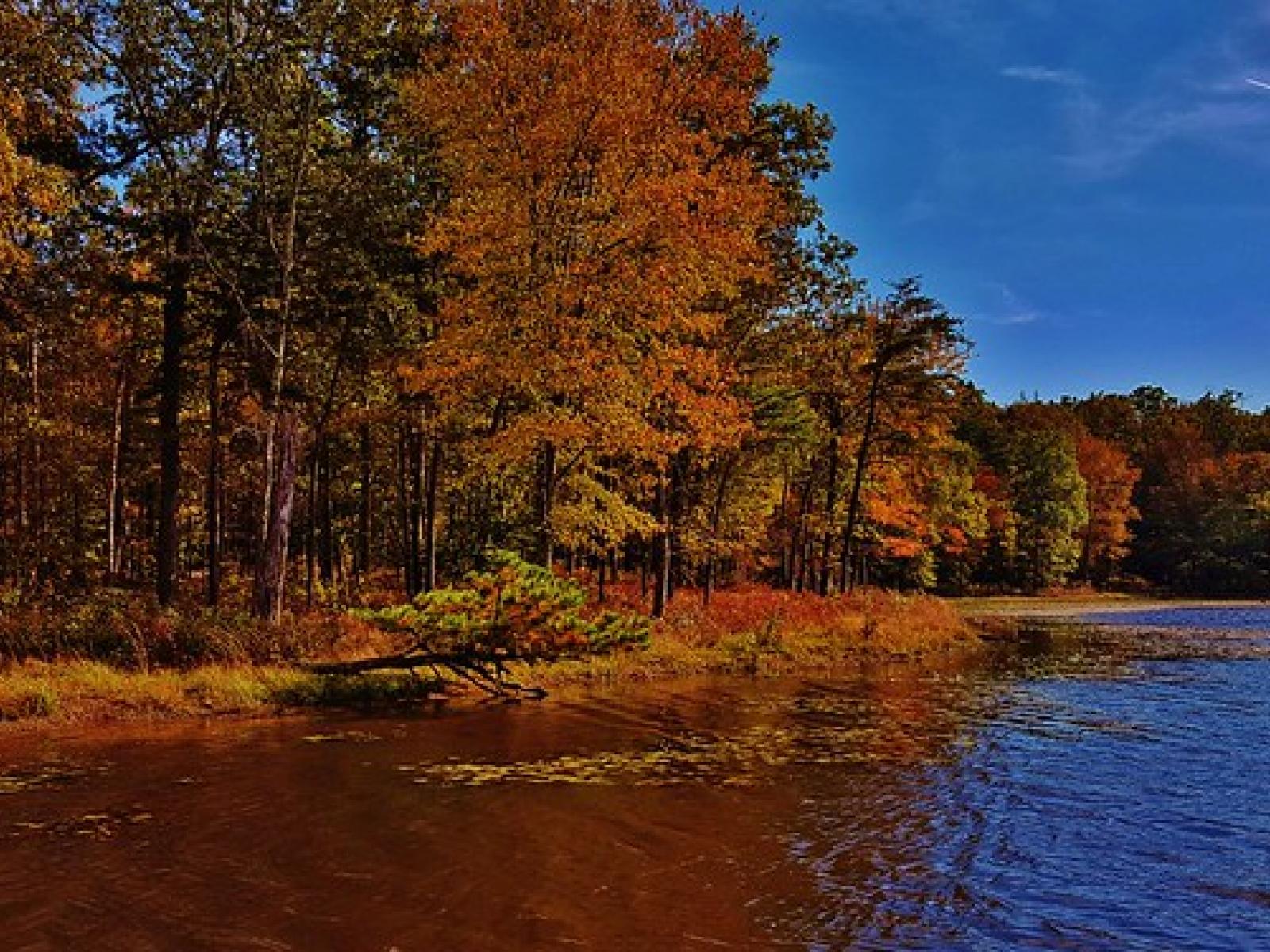 This research was conducted at three sites in a forest in eastern Maryland. Photo by Matthew Beziat on Flickr.

Soil respiration—the flow of CO2 from the soil surface to the atmosphere—is one of the largest carbon fluxes in the terrestrial biosphere. A recent DOE-funded study, conducted in a coastal deciduous forest, investigated the role of tree presence and temperature on soil respiration. Results found soils closer to trees were more sensitive to temperature changes and had higher CO2 emissions. These findings suggest that heterotrophs, such as trees, are more sensitive to temperature changes than autotrophs, like microbes.

Monitoring greenhouse gas exchange between trees and soil sheds light on the resilience of coastal soil systems during changing environmental conditions. Soil respiration is influenced by soil temperature, moisture, and the presence of plant roots. Disturbances such as sea level rise, increased extreme weather events, and climate change can have lasting impacts on the global carbon cycle and coastal forest ecosystems. Specifically, these findings could have implications on soil functions and interacts at the ecosystem-scale, helping inform large-scale climate models.

Led by Stephanie Pennington and Ben Bond-Lamberty of Pacific Northwest National Laboratory, the research team examined soil respiration in a Maryland coastal forest ecosystem over one year. The goal was to determine if and how soil CO2 emission varied based on proximity to trees, during different seasons, and during drier conditions. Soil respiration increased in the presence of trees, increased during the growing season versus the dormant season, and increased with greater moisture.

The team measured CO2 soil respiration, along with size, and species of each tree within a 15-meter radius at nine sites. They found that soils closer to large numbers of larger trees were more sensitive to temperature changes—and had higher CO2 emissions—than soils farther from tree trunks.

In their recently published paper in Biogeosciences, the researchers discuss the variable nature of soil respiration, particularly in relation to carbon exchange in coastal forests that are vulnerable to sea level rise and extreme weather events.

This research is part of the PREMIS Initiative at Pacific Northwest National Laboratory (PNNL). It was conducted under the Laboratory Directed Research and Development Program at PNNL, a multi-program national laboratory operated by Battelle for the U.S. Department of Energy under Contract DE-AC05-76RL01830. This research was supported by the Smithsonian Environmental Research Center.