Important natural iron source can be described as a nanoscale composite of different, but experimentally indistinguishable, structures 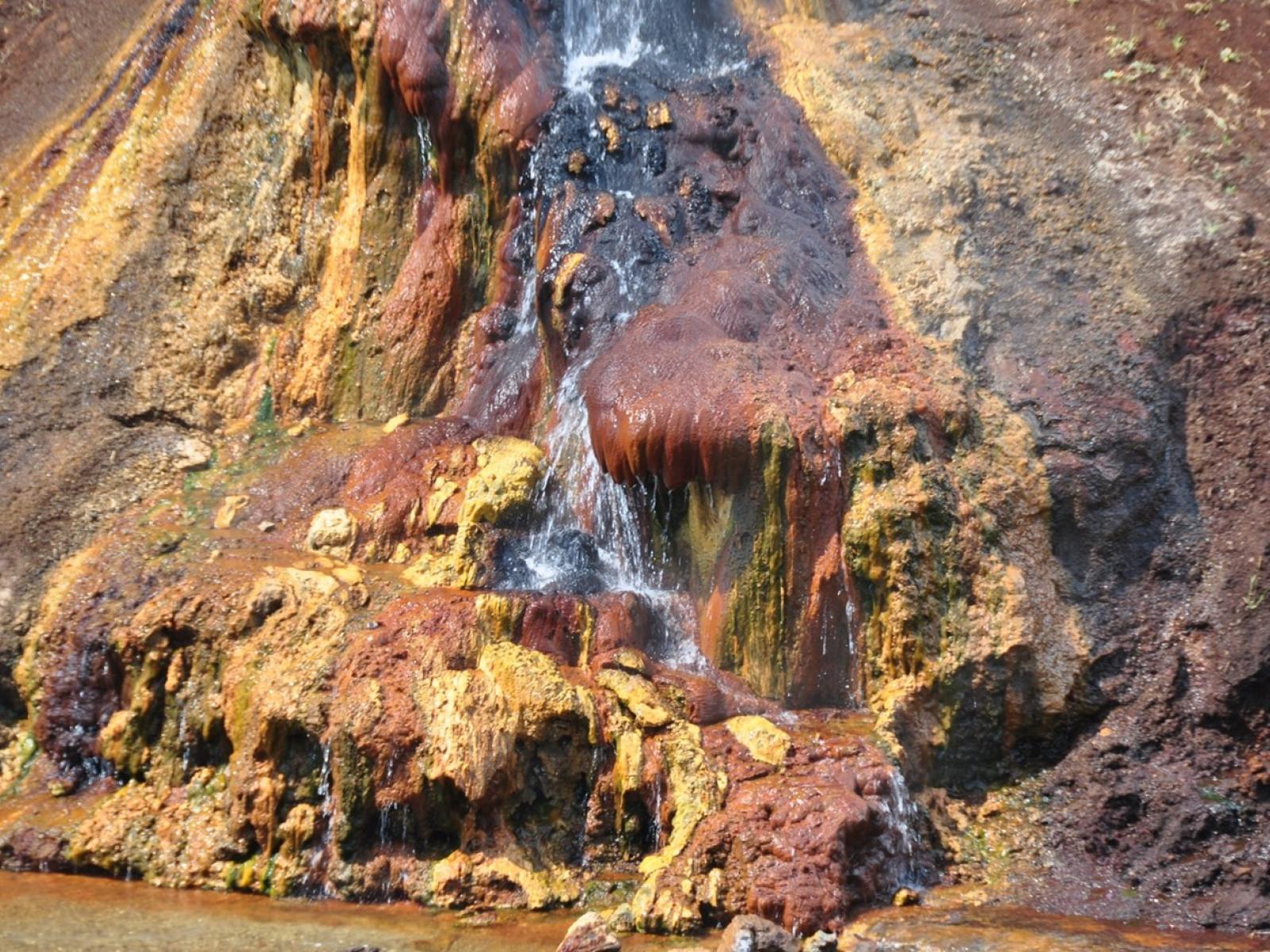 The temperature and partial pressure of water determine the phase of ferrihydrite.

Ferrihydrite is one of the most important, abundant, and enigmatic minerals in the iron-(oxyhydr)oxide family. However, its reactivity remains poorly understood because of difficulties resolving its atomic structure. Several popular structure models all approximate experimental data reasonably well but differ in their predictions of structural water content and the presence of tetrahedral iron. While this makes modeling ferrihydrite challenging, researchers used ab initio thermodynamics to examine the most recent structural models. Their simulations revealed that instead of just a single structure type, the atomic structure of ferrihydrite grains is better described as a mixture of structure types. These structurally and stoichiometrically different ferrihydrite nanoparticles theoretically coexist at conditions where experiments are routinely performed. The predicted condition-dependent evolution of this nanocomposite ensemble helps reconcile seemingly contradictory experimental observations.

Due to its poor crystallinity, ferrihydrite is challenging to study and understand. It acts as an important environmental “sponge” because its particle surfaces can strongly bind other metals, toxins, and organics in diverse soil and aquatic environments. Due to its high reactivity, it is an important, accessible source of iron for organisms. Its large reactive surface area and cost-effectiveness make it a potent sorbent for industrial water purification and catalysis. Previously, proposed structure models for individual ferrihydrite grains did not consider the prospect that multiple X-ray indistinguishable phases could coexist. This work provides an explanation for contradictory experimental data and can help researchers better understand the fundamental structure of this environmentally and biologically important mineral.

Ferrihydrite is a poorly crystalline iron oxyhydroxide nanomineral, with particles that only exist at extremely small sizes. It serves as the most naturally available form of ferric iron for living systems. However, its atomic structure and composition remain unclear due in part to ambiguities in interpreting X-ray scattering data. Competing models thus far have not considered the possibility that multiple X-ray indistinguishable phases coexist at the level of individual nanoparticles. Using ab initio thermodynamics simulations, researchers showed that ferrihydrite is likely a nanocomposite of distinct structure types whose distribution depends on particle size, temperature, and hydration. The calculations demonstrate that nanoparticles of two contrasting single-phase ferrihydrite models are thermodynamically equivalent across a wide range of temperature and pressure conditions, despite differences in their structural water content. Higher temperature and water pressure favor the formation of a water-poor ferrihydrite model, while lower temperature and water pressure favor a water-rich structural model. For water-based suspensions at ambient conditions, the phases maximally coexist for particles up to 12 nanometers in diameter. The predictions can be connected to and help resolve differences in various experimental observations.

This research is based upon work supported by the U.S. Department of Energy, Office of Science, Office of Basic Energy Sciences, Chemical Sciences, Geosciences, and Biosciences Division through its Geosciences program at Pacific Northwest National Laboratory (PNNL). PNNL is a multi-program national laboratory operated for DOE by Battelle Memorial Institute under Contract No. DE-AC05-76RL01830. Computational resources were provided by PNNL Institutional Computing.